This morning thousands of coin traders found Bittrex unable to trade Bitcoin, Ethereum, or any other sort of cryptocurrency. While this COULD have some effect on the price of Bitcoin, the results will likely be negligible. If South Korea couldn’t do it, one trading post out of many most certainly won’t do it.

Bittrex was down starting a few hours before this article was posted, somewhere around 8AM Central Time. At this point users started to see a “Socket Disconnected” message on their screens at Bittrex. As of several minutes before this article’s posting, users were able to go to the website and sign in, but not trade.

What’s worrying isn’t just the fact that some traders can’t trade, but that others can. Bittrex – and other cryptocurrency coin-trading sites – need to reinforce their servers to avoid any such occurrences, or suffer the consequences: whales swimming deeper into the sea. At this moment, monstrously wealthy netizens switching from site to site is a regular occurrence, and the market for trading coins is just as volatile as prices of the coins themselves. 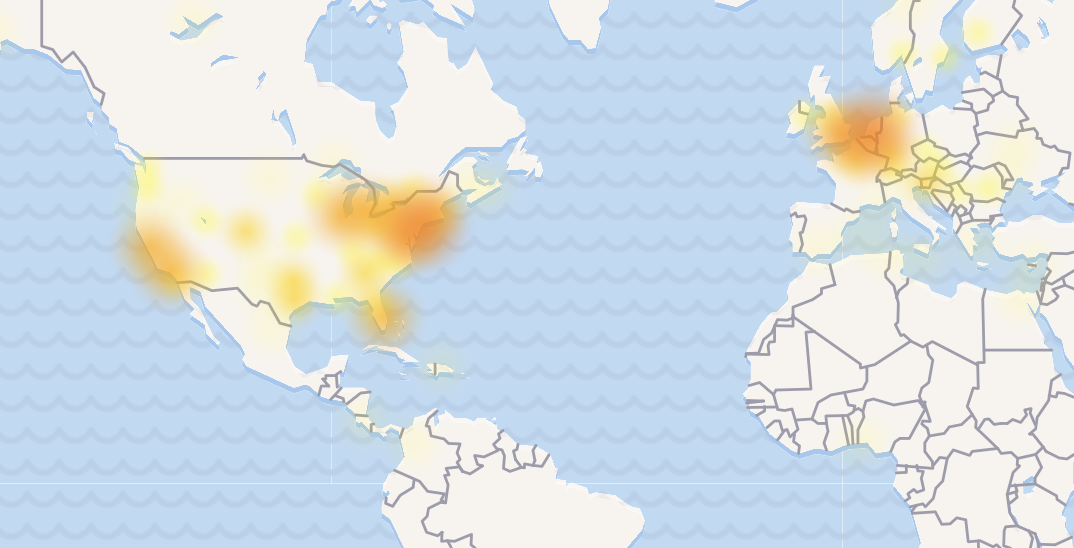 ABOVE: Trouble reports map by Down Detector.

Expectations for Bitcoin pricing today aren’t all that different from the last couple of days. That is to say, up and down, with room to profit in-between, likely to end not too far from where it started. As always, SlashGear should be read as a tech news site, and no writing should be considered financial advice in any way shape or form.

The start of this year saw Bitcoin USD price falling, but most certainly not to the degree it began ramping up late into 2017. This rolling around between $12,000 and $15,000 USD is intense for those nocoiner stock market watchers, but for the cryptocurrency community, it’s normal. Expect the unexpected – that’s how this coin ecosystem seems to work.