Beyond Pluto: Countdown to NASA’s flyby of ULTIMA THULE

The same spacecraft that brought us our closest-ever look at Pluto is still traveling outward. The mission goes by the name New Horizons, and Pluto was only its first (and thus far well known) in a string of mission components. Pluto, you see, rolls within the Kuiper Belt, a belt of asteroids that’s 20x as wide as the Asteroid Belt we learned about in grade school. Pluto is just the gatekeeper.

Why didn’t we learn about the Kuiper Belt in 5th and 6th grade? Because it was only in 1992 that any heavenly object in said area of our solar system was discovered – since Pluto and Charon, that is. Between 1992 and now, over a thousand Kuiper Belt Objects increased from 3 to over 1,000.

In other words: That Solar System model you built when you were a kid was woefully inadequate. You’d have had to have added at least two more “dwarf planets” near Pluto: Haumea and Makemake. Much like the extreme speed at which technology is advancing now, our collective (human) mapping of our solar system (and the rest of the universe) is expanding at a super fast rate! 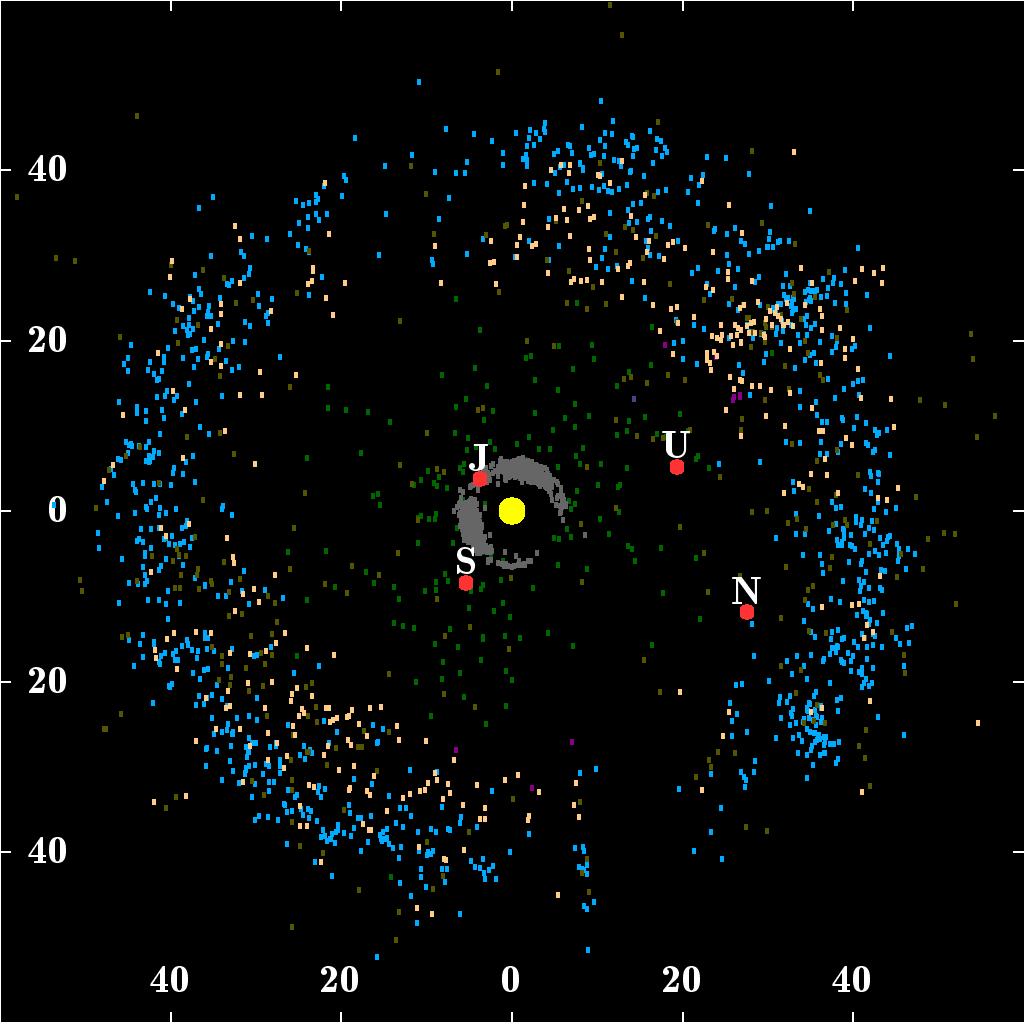 In the chart above you’ll find the giant planets in our solar system marked in RED. The Sun is YELLOW, and BLUE is the Kuiper belt. It’s massive. It’s gigantic. It’s crazy that we’ve not been including it in our basic chat about our solar system and its surrounding area until just recently. This image comes from the Minor Planet Center.

It is on New Years Day 2019 when we’ll get our next big event in space photography thanks to the New Horizons Mission. It’s on January 1st, 2019 that New Horizons will pass within 3500 km of Kuiper Belt object 2014 MU69. We’ll be bringing all the findings and the images and the whatnot to you as soon as we possibly can – it’ll be between a few hours and a few days after the 1st of January, 2019!

“MU69 is humanity’s next Ultima Thule,” said Stern. “Our spacecraft is heading beyond the limits of the known worlds, to what will be this mission’s next achievement. Since this will be the farthest exploration of any object in space in history, I like to call our flyby target Ultima, for short, symbolizing this ultimate exploration by NASA and our team.”

THULE was a mythical island in cartography and stories of olde – it was the place where we’d not yet gotten, or the edge of what we knew. Now we’re moving beyond, once again!