Betelgeuse’s supergiant star dimming mystery may finally have been solved

A mysteriously dimming star in the Orion constellation, normally visible to the naked eye in the night sky, could have been explained, with scientists tapping new astronomical data to figure out what’s going on almost 500 light years away. Betelgeuse is usually the tenth-brightest star in the sky at night, a red supergiant much larger than our own Sun.

Indeed, were it possible to switch out the Sun for Betelgeuse, it would encompass the orbits of Mercury, Venus, Earth, Mars, and potentially even reach out as far as Jupiter. While not the largest red supergiant known, it’s distinct in part because its huge mass – estimated at 10-20x that of the Sun – has accelerated its lifespan.

All of those facts led to wide-ranging speculation when it was spotted that Betelgeuse’s brightness had been dimming dramatically. From October 2019, it was noticeably dimmer to the human eye; by February of this year, it had dimmed by a factor of around three. At that point, the process seemingly began to reverse. 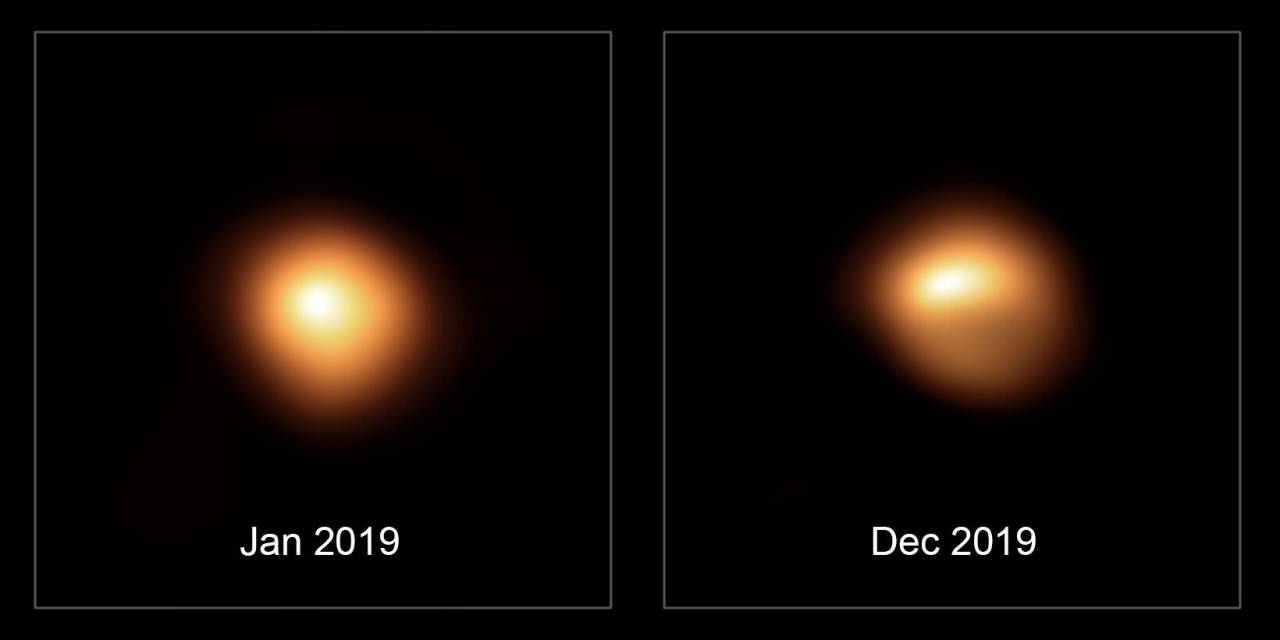 Theories ranged from a potentially imminent supernova – significantly ahead of the 100,000 year countdown astronomers predicted for that to take place – to a huge cloud of circumstellar dust produced by Betelgeuse itself. That dust, it was suggested, would be produced from regular pulsations of the star, with gas clouds escaping its gravity and cooling into solid forms of heavy elements.

According to new research by a team at the Max Planck Institute for Astronomy, however, that’s not what’s actually happening. By combining new and archival data from the Atacama Pathfinder Experiment (APEX) and the James Clerk Maxwell telescope (JCMT) – which use wavelengths at which cool interstellar dust glows noticeably – they were able to see that there was more than just dust-related dimming going on.

“What surprised us was that Betelgeuse turned 20% darker even in the submillimeter wave range,” study collaborator Steve Mairs of the East Asian Observatory explains.

The new theory is that gigantic cool star spots eventually covered between 50- and 70-percent of Betelgeuse’s surface. That involved a roughly 200 degree C (392 degrees F) drop in mean surface temperature. The reality, though, is that it was much more likely to have been an asymmetric temperature distribution, cool spots alongside warmer patches, something high-resolution images of the star would seem to bear out.

Although giant stars are known to exhibit spots at different points in their lifespan, little is known about them and how they relate to the age of the star itself. For now, there’s insufficient data to make any long-term predictions. “Observations in the coming years will tell us whether the sharp decrease in Betelgeuse’s brightness is related to a spot cycle,” team leader Thavisha Dharmawardena says.