Much like most conspiracy theory-worthy phenomena, the Bermuda Triangle’s explanation starts with hysteria. Once it became fashionable to find the Bermuda Triangle mysterious, research bias and the onset of television and the internet kept this legend popular. Scientific facts suggest there’s already been an answer – and a series of answers – for quite a while now. It’s just that the mystery is more popular – and profitable – than the truth.

The Bermuda Triangle and the explanation of the most famous happenings in it were made popular recently by a Channel 5 television special by the BBC in Britain. The program was called “The Bermuda Triangle Enigma” and it included three episodes of around 1-hour each. One of several researchers included in the series spoke up outside the series this week. From University of Southampton, Simon Boxall.

NOTE: The above artwork isn’t actually in the Bermuda Triangle, but it’s a good representation of what COULD be happening there, right now! “Shipwreck off Nantucket (Wreck off Nantucket after a Storm)” 1860-61 by William Bradford (American, 1823–1892), oil on canvas, The Met, NY.

“There are storms to the south and north, which come together. And if there are additional ones from Florida, it can be a potentially deadly formation of rogue waves,” said Boxall. “They are steep, they are high — we’ve measured waves in excess of 30 meters (98 feet). The bigger the boat gets, the more damage is done. If you can imagine a rogue wave with peaks at either end, there’s nothing below the boat, so it snaps in two. If it happens, it can sink [a boat] in two to three minutes.”

Perhaps the most compelling of the hypothesis that “solve” the “mystery” of the Bermuda Triangle is the existence of rogue waves. “Rogue, freak, or killer waves have been part of marine folklore for centuries, but have only been accepted as a real phenomenon by scientists over the past few decades,” wrote a representative of NOAA in an article updated most recently on 6.25.2018.

“Rogues, called ‘extreme storm waves’ by scientists,” wrote a NOAA representative, “are those waves which are greater than twice the size of surrounding waves, are very unpredictable, and often come unexpectedly from directions other than prevailing wind and waves.”

ABOVE: From NOAA. “A rogue wave estimated at 18.3 meters (60 feet) in the Gulf Stream off of Charleston, S.C. At the time, surface winds were light at 15 knots. The wave was moving away from the ship after crashing into it moments before this photo was captured.”

Rogue waves are created by storm-generated waves emboldened by underwater currents. The other is the combination of the crests of two waves pairing up, creating constructive interference – the mega wave! Either way, rogue waves can be extremely massive and very unpredictable.

In the BBC special mentioned above, a new experiment was done with an indoor wave pool and a replica of the USS Cyclops. The USS Cyclops disappeared in the Bermuda Triangle in the year 1918. Because of the way the Cyclops was constructed, an unpredictable wave of the potential size of a rogue wave turned the ship over easily. The ship would have sunk within minutes. 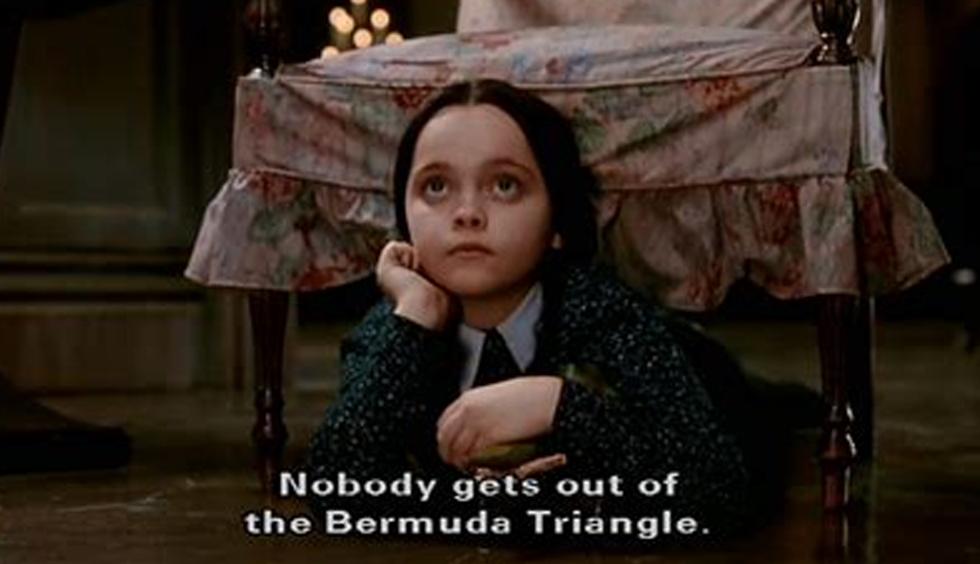 This isn’t the first time rogue waves were hypothetized as one cause of disappearing ships in the region of the Bermuda Triangle. Here in 2018, though, it seems to be the most plausible explantation for some of the most famous disappearances.

The loosely-based triangle was defined by writer Vincent Gaddis back in a 1964 issue of Argosy as sitting between Miami Florida, San Juan Puerto Rico, and the island of Bermuda. The most official explaination of the Bermuda Triangle you’re going to find by NOAA, the National Oceanic and Atmospheric Administration of the US Department of Commerce is as follows.

“The ocean has always been a mysterious place to humans, and when foul weather or poor navigation is involved, it can be a very deadly place. This is true all over the world. There is no evidence that mysterious disappearances occur with any greater frequency in the Bermuda Triangle than in any other large, well-traveled area of the ocean.” – NOAA

You’ll notice there that NOAA confirms that the percentage of ships and airplane disappearances and other mishaps is no more common here than any other place in the world. No more common per-plane or per-boat that travels in the area, that is to say. Because this area exists within a very heavily traveled section of sea, it makes perfect sense that more disappearances would take place here than in an area far less traveled. 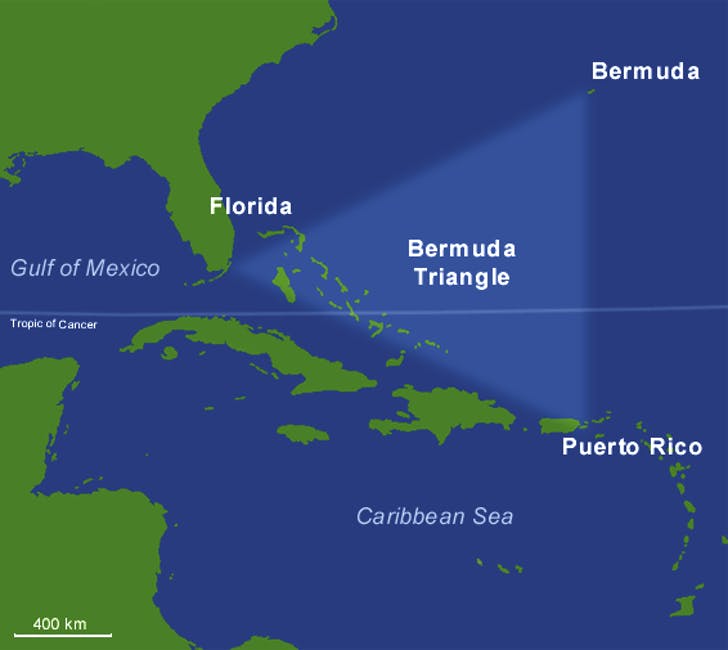 As such, the mystery wasn’t much of a mystery in the first place. Individual disappearances might be unsolved, a plane or two might even have been abducted by aliens – but there’s no evidence to suggest it’s happened in the Bermuda Triangle any more commonly than any other place in the world.

If you’d like to continue down the rabbit hole into nonsensical mystery and embellished fantasy, by all means, continue! I recommend you take a peek at the 1964 Argosy (pulp magazine) article “The Deadly Bermuda Triangle” as mentioned briefly above. Gaddis expanded his mysterious mind-flatulance into a book called Invisible Horizons! Also have a peek at Richard Winer’s 1974 book The Devil’s Triangle. And don’t forget to watch the 1991 film “The Addams Family” to learn about the Bermuda Triangle from the number one authority on the matter: Wednesday Addams.