Bentley’s extreme-looking continental GT3 Pikes Peak has proven that it has more to offer than just racy styling and an intimidating stance. With former King of the Mountain Rhys Millen behind the wheel, it crossed the finish line at this year’s Pikes Peak International Hill Climb in 6:36.281, enough to finish second place in the Time Attack I Class category.

“We know we had the pace today both to win our class and to break the Time Attack I record,” said Paul Williams, Director of Motorsport at Bentley. “Sadly, the weather wasn’t with us, with the shortened course meaning our assault on the record was never a possibility.” 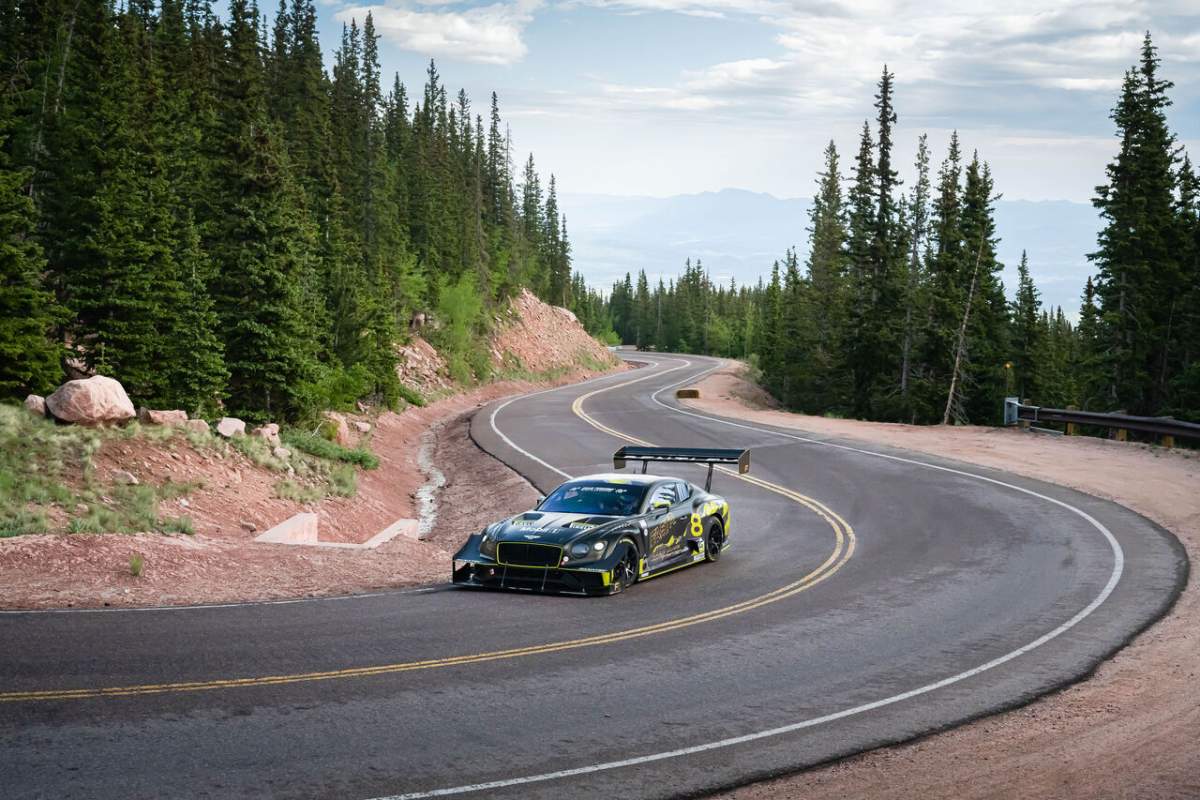 Bentley co-developed the Continental GT3 Pikes Peak with GT3 customer team Fastr, Roger Clark Motorsport, M-Sport, and Rhys Millen Racing to break the current time attack record set by the Porsche GT2 RS Clubsport in 2019, completing the grueling course in 9:36.5. But to break the record, it needs to traverse the entire 12.42-mile track from Mile 7 to the Pikes Peak summit at 14,115 ft. 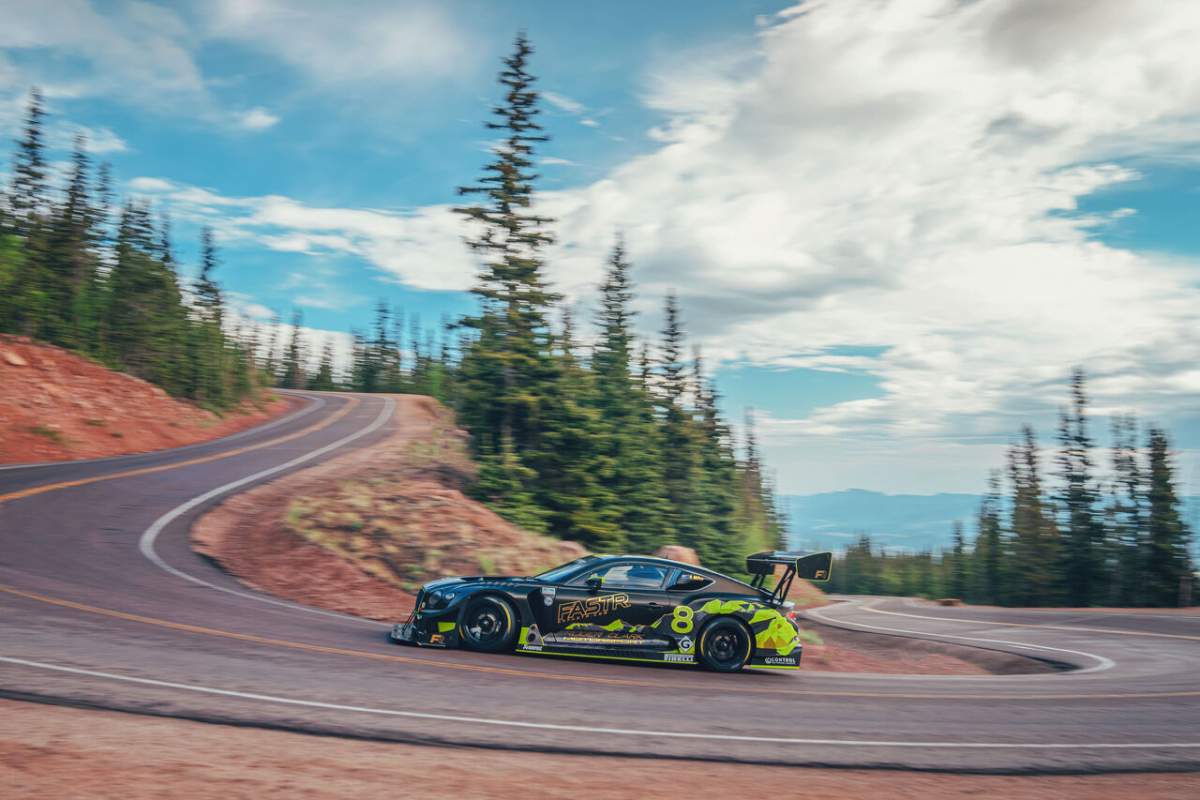 However, this year’s summit had to be moved further down in Devil’s Playground (sitting at 12,780 ft above sea level) due to dangerous levels of snow and ice. Nevertheless, the Conti GT3 thundered across the first two sectors and entered the third and final sector a full 12 seconds ahead of its nearest competitor. 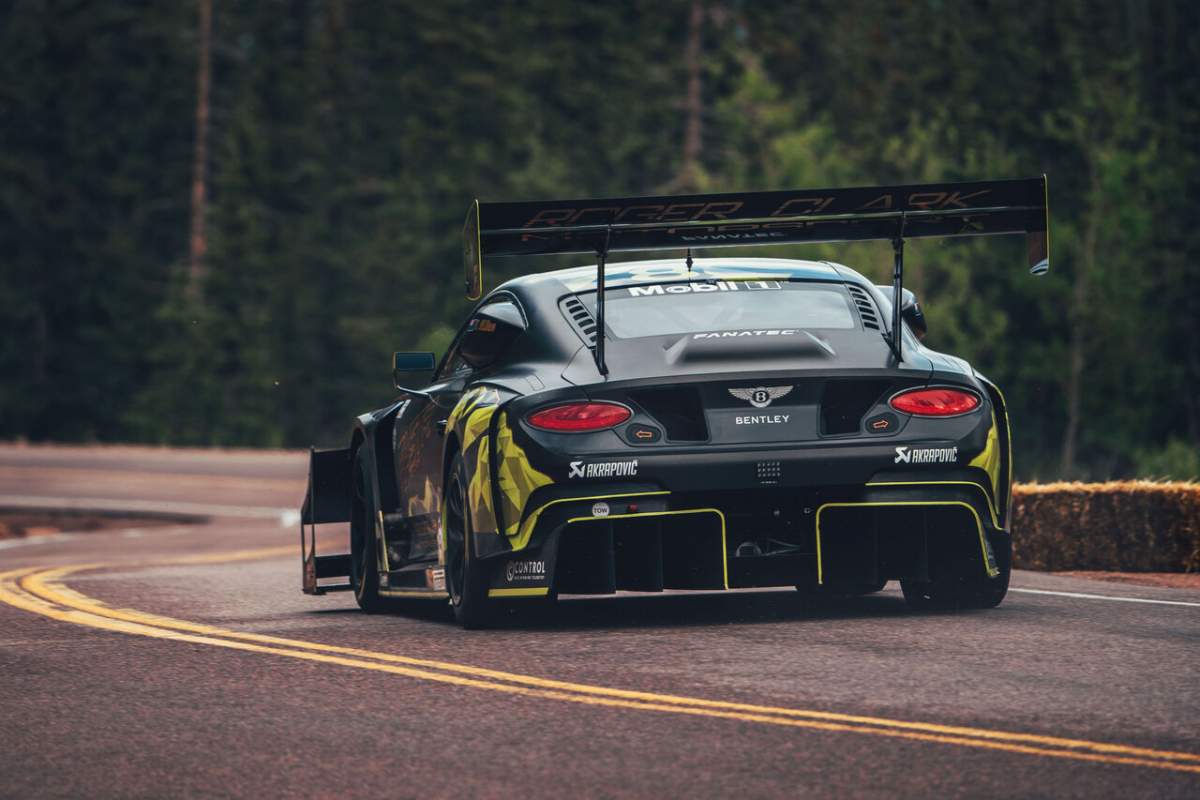 But alas, the car had a boost pressure issue a few corners from the finish line, losing 16 seconds in the process. Despite this, the car is still fast enough to grab second place in the Time Attack I Class and finishing fourth overall. The Conti GT3 also became the quickest entrant running on renewable fuel, enough to beat other entries, including all-electric models. 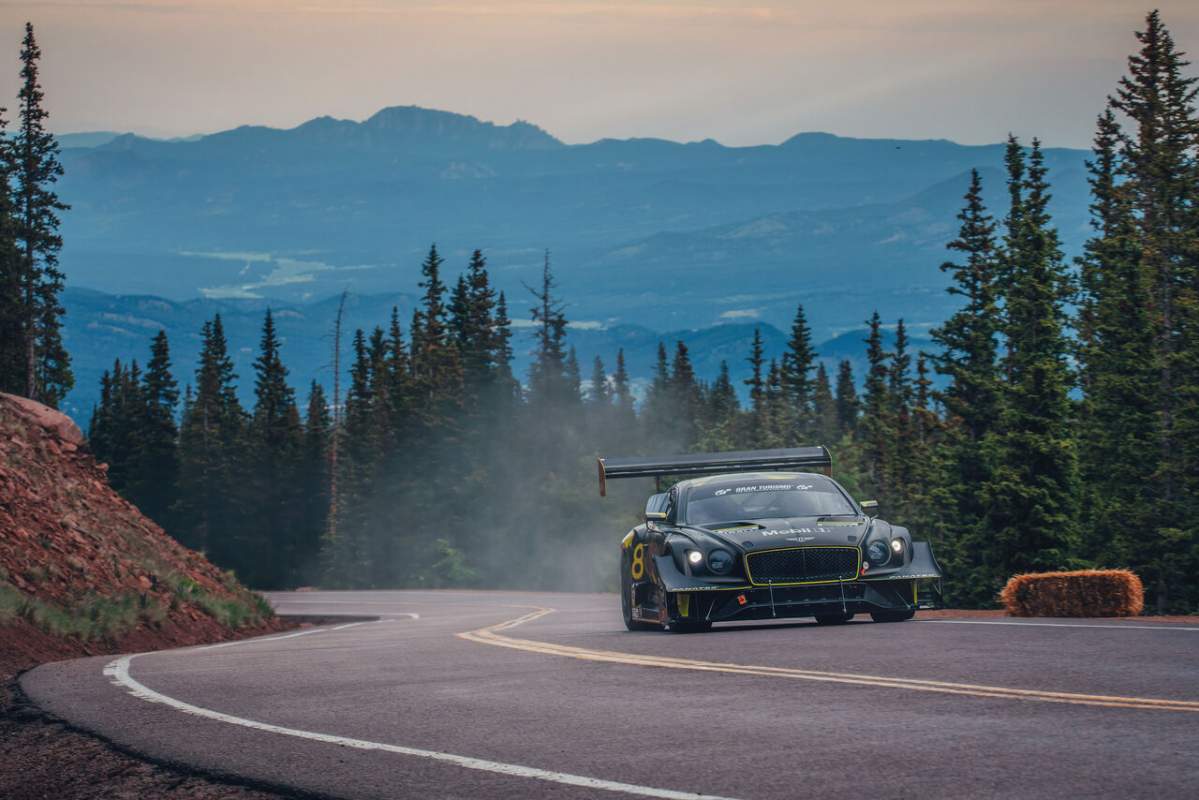 Even though lousy weather prevented Bentley from taking home top honors at the Pikes Peak International Hill Climb, the Conti GT3 manages to impress with its aerodynamic body and monstrous 4.0-liter twin-turbocharged V8 engine with 760 horsepower and 738 pound-feet of torque. 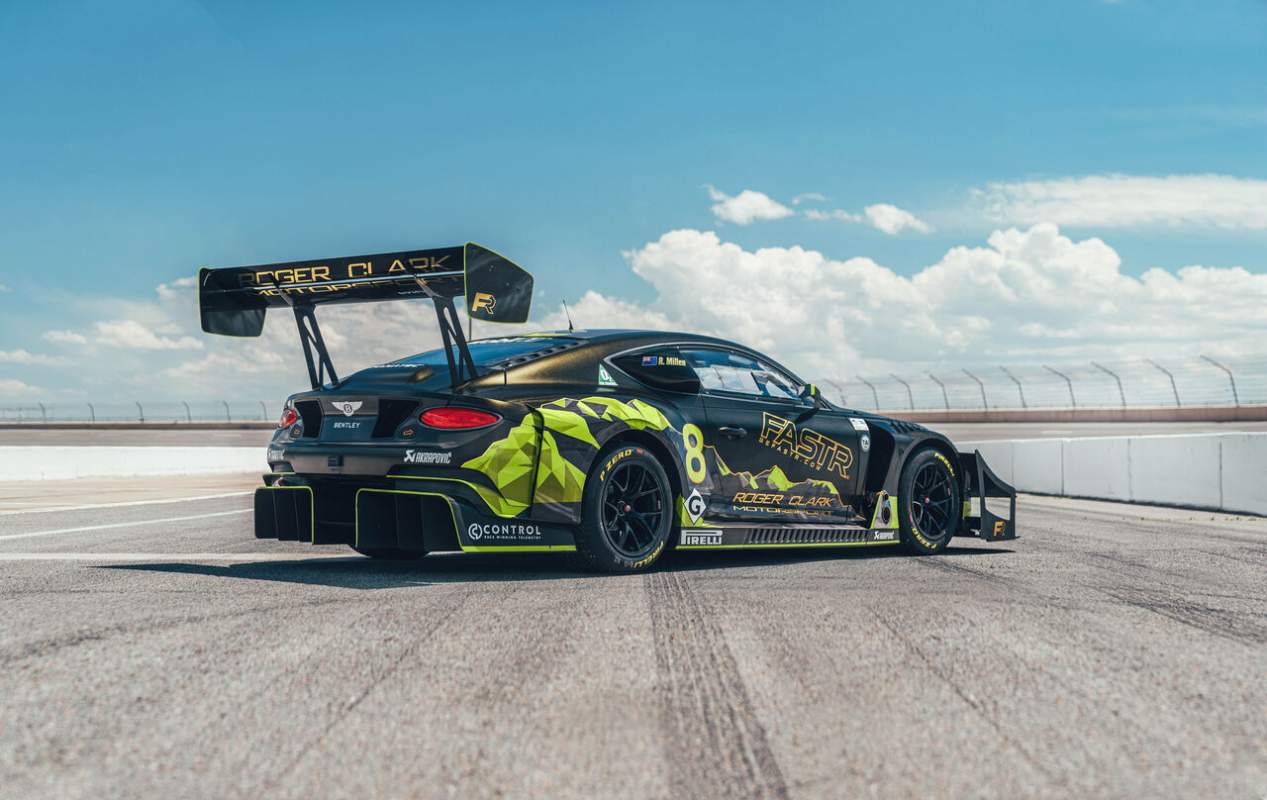 Most impressive is the engine’s diet on a proprietary blend of renewable fuel that enabled it to emit 85-percent fewer greenhouse gasses during the race. It even came with a unique steering wheel developed by Fanatec to help the cause. 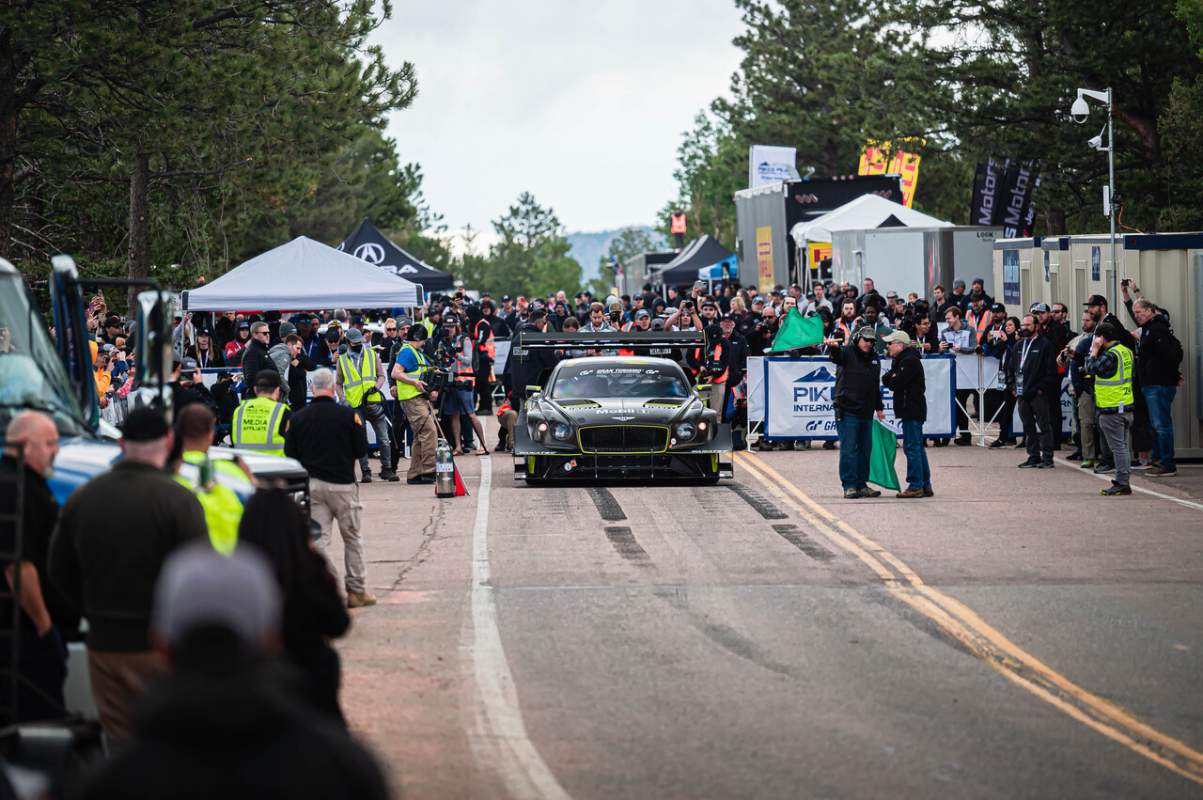 “This is the first step on Bentley’s renewable fuel journey, and there will be many more opportunities to come,” concluded Williams. “Perhaps we’ll even come back to Pikes Peak next year.”

It’s the third time for Bentley to enter the Pikes Peak Hill Climb, but it already holds two course records for the fastest production SUV (with the Bentayga) and the outright Production Class record with the Continental GT. 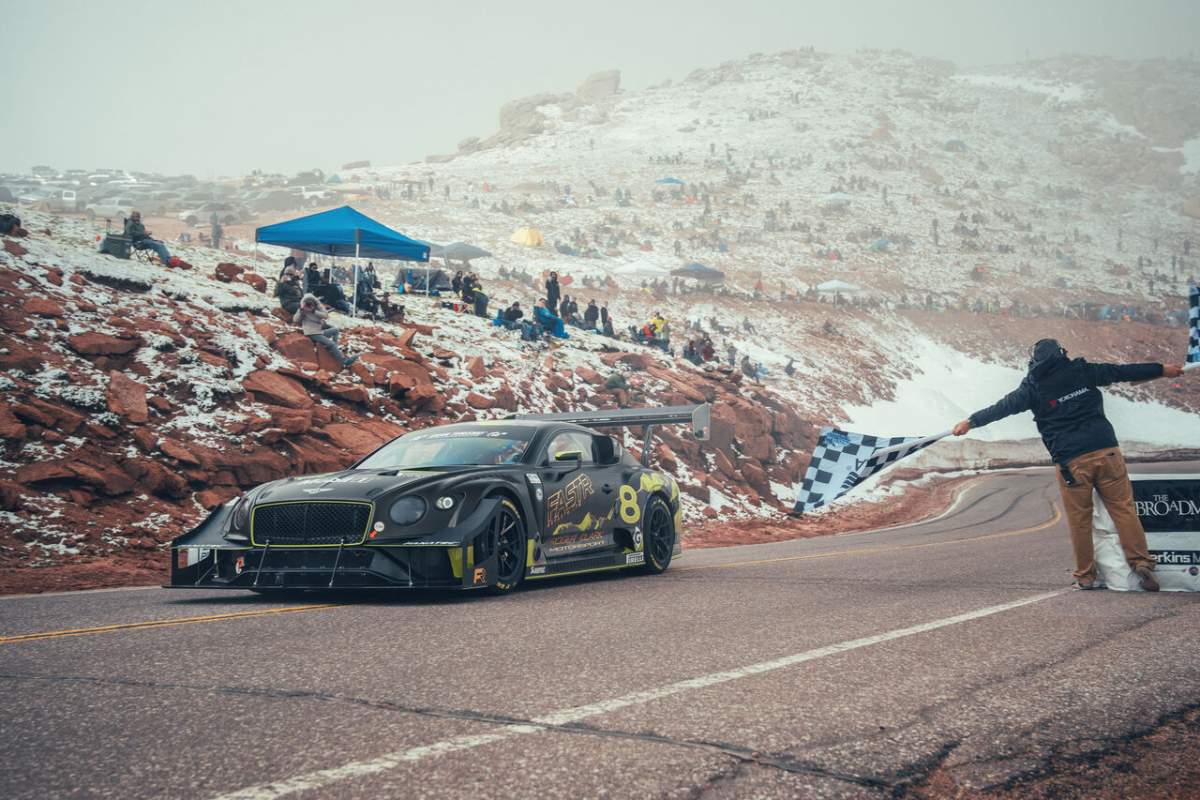