This projector works with 1x Audio out (S/PDIF) (Support 2 / 5.1-channel audio), and 1x Audio out (3.5mm Mini Jack). You’ll also find two IR Receivers – TWO of them – one on the front and one on the back, so you can control this machine with infrared-compatible controllers aplenty. There’s also a single Kensington Lock if you plan on placing this machine somewhere where someone might want to lift it and run. 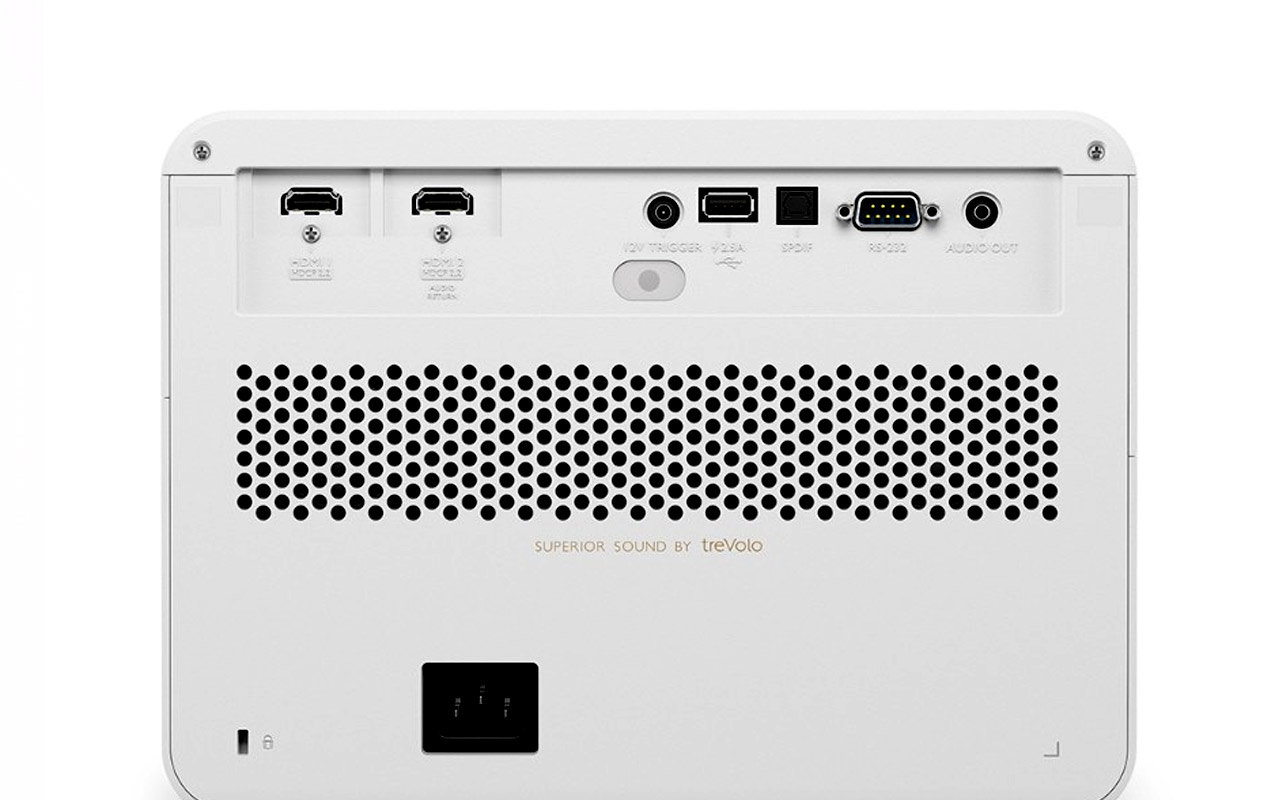 Other bits and pieces included with this projector include a Bluetooth remote control (with battery), a single power cord, quick start guide, and a warranty card (by region). Compatible with this system but optional (need to be purchased separately) are 3D glasses(!) and magnetic-adjustment feet.

This projector is available in stores right this minute for a price at around $1299 USD. You’ll find it at Best Buy online (and quite possibly in-store), at Staples, through Projector People dot com, and at B&H Photo.