A concept MID from BenQ’s Qisda Creative Design Center has won a red dot design award.  The BenQ Qisda QPD-111 MID has a 5-inch multitouch-capable touchscreen display and a large red “Hot Key” which, according to the design brief, would instantly trigger an internet connection.

Other specifications of the QPD-111 include an accelerometer sensor that could be used to “shake” the MID between different functions and apps.  According to Qisda, the design was inspired by a bookmark, with a pocketable, metallic-etched casing.

Unfortunately there’s no word on whether this is merely a concept or something with the potential to evolve into a commercial product.  BenQ have previously won awards for their MID UI, which includes the same shaking functionality as this QPS-111 design. 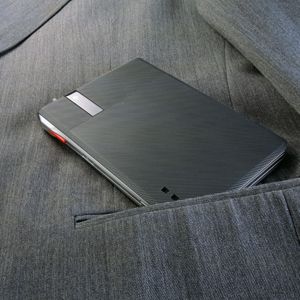