Summer Games Done Quick 2017 is officially underway! It’s a week-long marathon that features some of the best video game speedrunners from around the world. “That’s all well and good,” I can hear some of you say, “but what is speedrunning and why should I care about Summer Games Done Quick?” Both of those are excellent questions, and I will answer those and more in this, the Beginner’s Guide to Video Game Speedrunning.

Simply put, speedrunning is attempting to play a video game from start to finish as quickly as possible. Speedrunning communities exist for nearly every game you can think of, though some games are better candidates for speedrunning than others. For instance, while Super Mario 64 might be a popular choice among speedrunners, 100-hour epics like Dragon Age: Inqusition may not see a significant community form around them given their narrative-focused, somewhat linear gameplay. 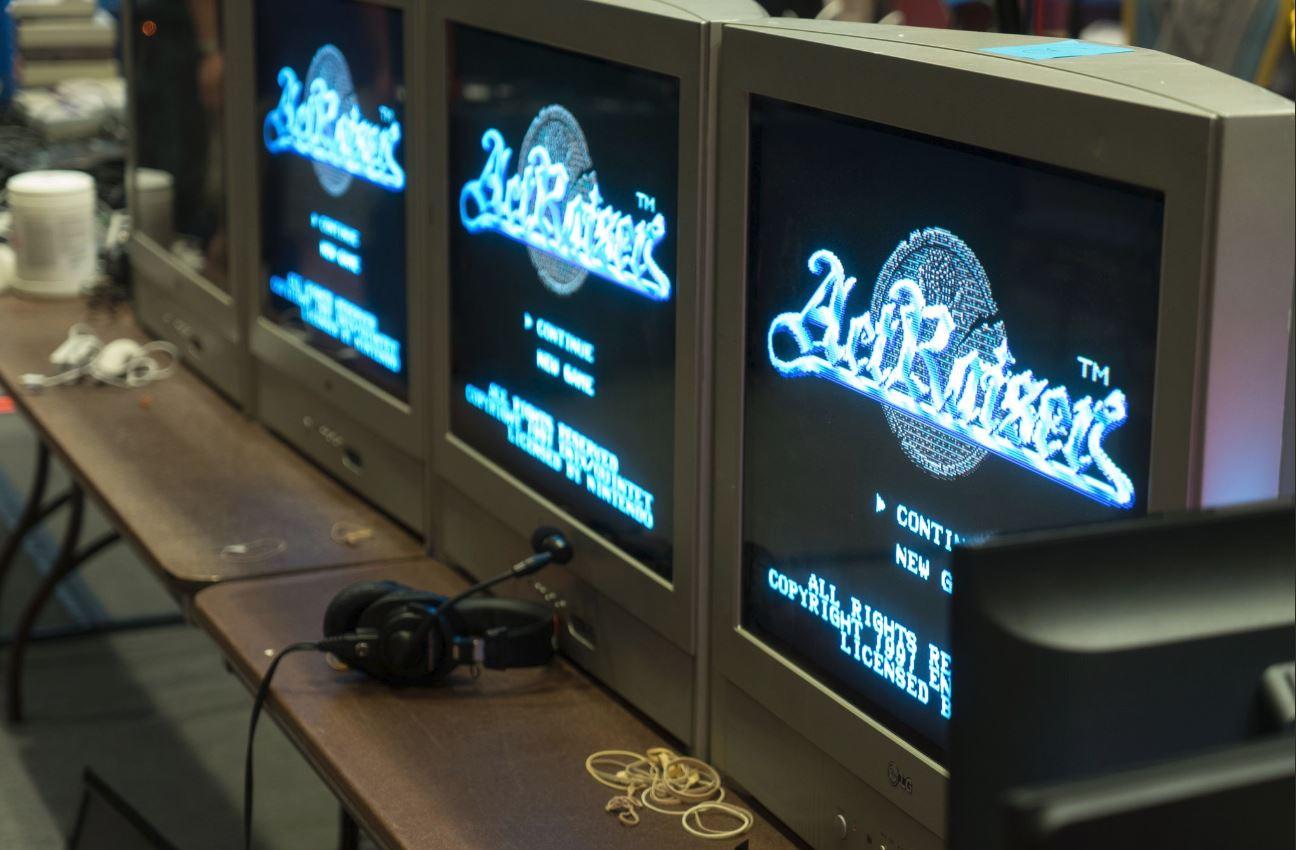 It’s worth noting that in general, the older the game, the more healthy the community. Speedrunning is reliant on something called “routing,” which is where runners play games over and over again to figure out the optimal route through their stages. The older the game is, the longer runners have had to route it, thus making their speedruns all the more efficient.

This is why the world record time for a classic game like Sonic the Hedgehog may not change frequently, whereas the world record time for The Legend of Zelda: Breath of the Wild changes weekly or even daily in some cases. It takes a lot of time to effectively route a game, and speedrunning communities share these routes with one another, allowing runners to perfect routes and strategies that may have been discovered by others. It’s very rare to see someone achieve a world record time using a route they came up with entirely on their own – instead, runners frequently achieve world record times using a combination of routing from other players and their own skill or flourish.

So that’s it? Speedrunning is just trying to complete a game as quickly as possible?

Well, that isn’t entirely it. Speedruns are often split into different categories – the categories you’ll see most frequently include Any% runs and 100% runs. If you’re doing an Any% speedrun, you’re simply attempting to get to the end of a game as quickly as possible. On the other hand, 100% runs usually require you to complete a game in its entirety – for instance, a 100% run of Sonic the Hedgehog wouldn’t just require that you complete the game, but also that you collect all of the Chaos Emeralds along the way.

With that in mind, 100% runs are usually the longer of the two categories and require an entirely different set of routes than Any% runs. You’ll usually see a speedrunner devote themselves to one category when it comes to mastering a speedrun of their chosen game. Calebhart42, for example, is a popular Mega Man X runner who streams nightly on Twitch – his specialty is Mega Man X 100% runs, and it’s very rare to see him attempt Any% runs of that game.

Of course, there are more categories beyond Any% and 100% runs, but these extra categories ultimately depend on the game. It’s entirely possible that you’ll come across Low% runs for certain games, which task runners with finishing a game having achieved the bare minimum needed to beat it. Another popular category is the Glitchless run, in which runners need to complete a game without taking advantage of any known glitches – though using glitches is often acceptable in Any%, Low%, or 100% runs, they’re entirely off limits here.

Sounds great! How do I get involved in speedrunning?

If, on the other hand, you want to begin speedrunning games yourself, the process becomes a little more complex. You’ll first want to pick a game that you love – if you want to try for a world record time, you’re going to be playing it over and over again, so picking a game you’re not very fond of isn’t a good idea. Seriously, runners sometimes make thousands of attempts just to shave one second off their personal best time, so if you don’t love the game, you’ll probably give up long before you reach your speedrunning goals.

Once you’ve picked a game, the next websites to check out include Speed Demos Archive and Speedrun.com. On Speed Demos Archive, you’ll find a slew of submitted speedruns and guides written by the runners to go along with them. The guides can be fairly hit or miss when it comes to their overall helpfulness, but Speed Demos Archive can be a great resource when you’re first researching a game and its routing.

Speedrun.com is where you’ll find leaderboards for many speed games and their categories. Each run listed on these leaderboards is accompanied by a video, giving you a look at how the top-ranked players speedrun their games. If you want to try for a world record time, expect to spend a lot of time on Speedrun.com, as you’ll need to monitor the leaderboards for your game of choice and also submit video proof of your best times. 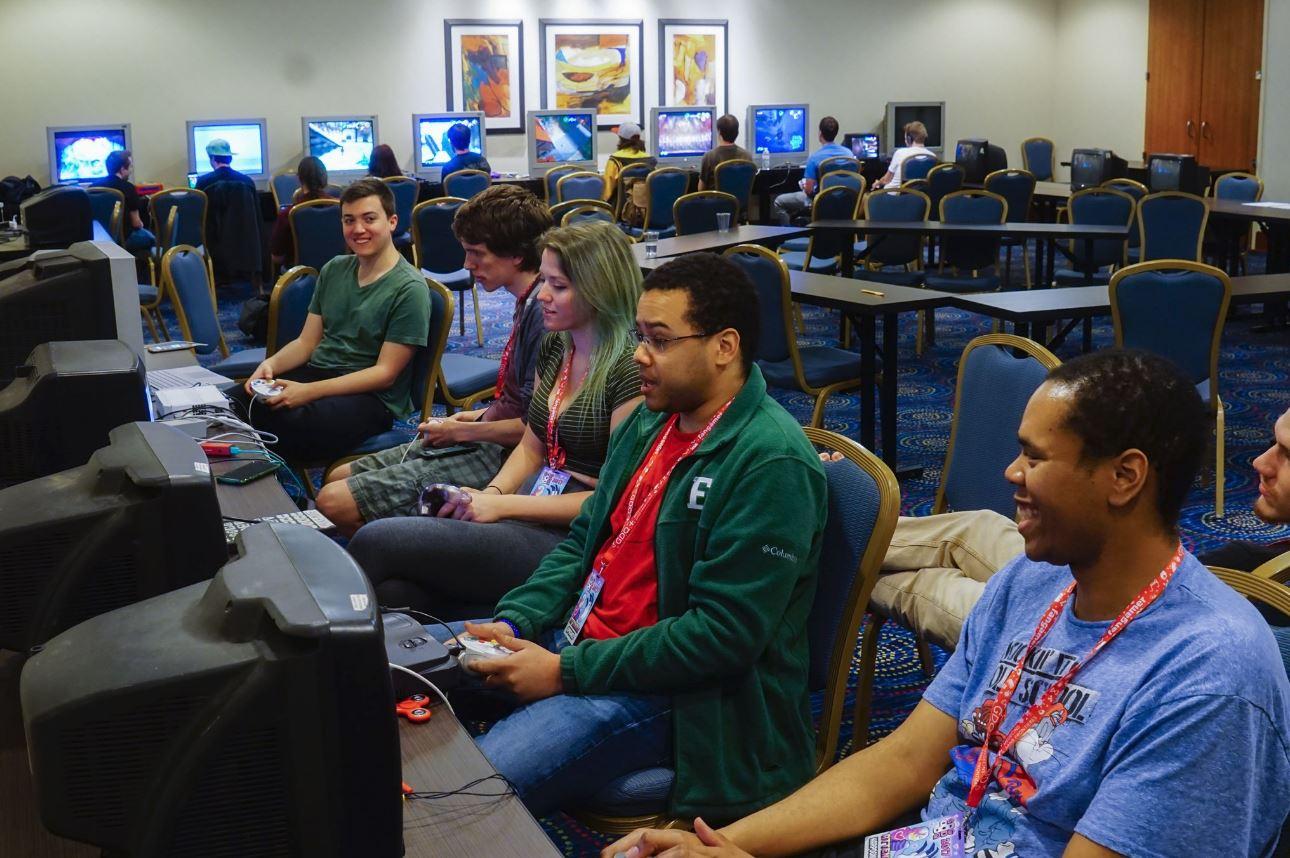 Speedrun.com also hosts a resource page with links to all the software you’ll need to record your runs or stream them live on Twitch. Just as well, the Speedrun subreddit offers many resources for newcomers to the speedrunning scene, including a weekly Q&A thread and FAQs geared toward those who are just getting started.

Where does Summer Games Done Quick 2017 fit into all of this? 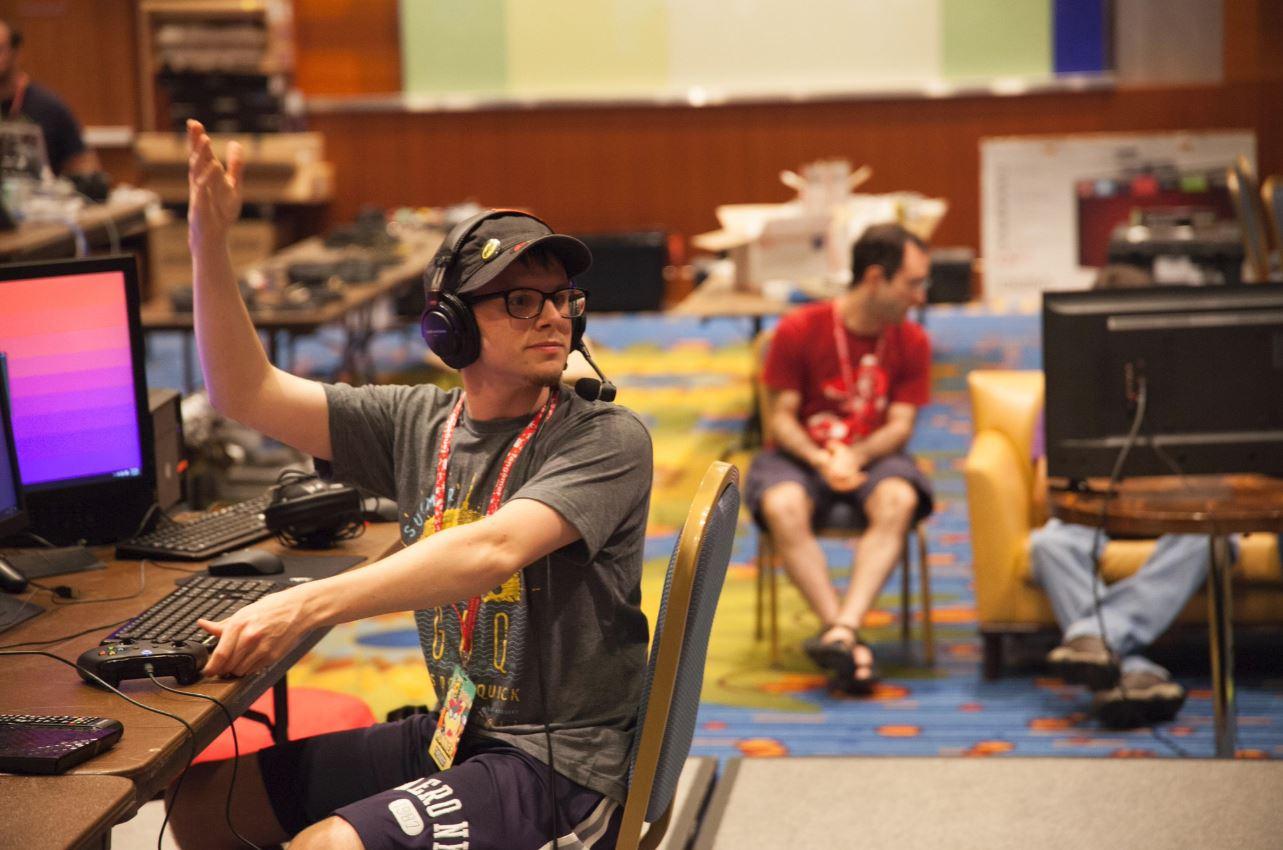 These Games Done Quick marathons raise money for two different organizations – in the winter, AGDQ raises money for The Prevent Cancer foundation, while SGDQ raises money for Doctors Without Borders. At the time of this writing, SGDQ 2017 has raised nearly $300,000 for Doctors Without Borders, but don’t be surprised to see that figure approach $1.5 million or $2 million by the time everything is said and done.

What makes SGDQ and AGDQ so great for people who are just getting started with speedrunning? Not only are the runs themselves entertaining, but each runner is also accompanied by a group of commentators. These commentators talk about the strategies, tricks, and skips being used by the runner, giving you unique insight into all of the technical skill it takes to speedrun a game.

READ MORE: How SGDQ 2016 makes speedrunning a marathonAGDQ and SGDQ are also great ways to discover new speedrunners. Most of the people running games at these marathons also stream their speedruns on Twitch regularly, so when SGDQ comes to an end, you can check out their individual channels to watch them practice their runs or route new games.

SGDQ also offers a great snapshot of how large the speedrunning community really is. Not only does the event draw a large live audience, but there’s also usually an audience of around 150,000 watching on Twitch. AGDQ and SGDQ are the two biggest gaming events livestreamed on Twitch each year, which is made all the more impressive when you consider that Awesome Games Done Quick got its start just seven years ago.

Even though SGDQ 2017 has already been live for 48 hours, there are still plenty of runs to look forward to. Later today (July 4), we’ll see runs of both Half-Life and Pokemon HeartGold/SoulSilver, which have both historically been entertaining runs due to the number of glitches the runners exploit.

If you’re looking for a speedrun more focused on technical skill, you can’t go wrong with the Super Meat Boy race that’s scheduled to go down on July 5 shortly after noon Eastern time. Thursday will see runs of Portal, Shadow of the Colossus, and Chrono Trigger, so we’ve got some big runs to look forward to then. 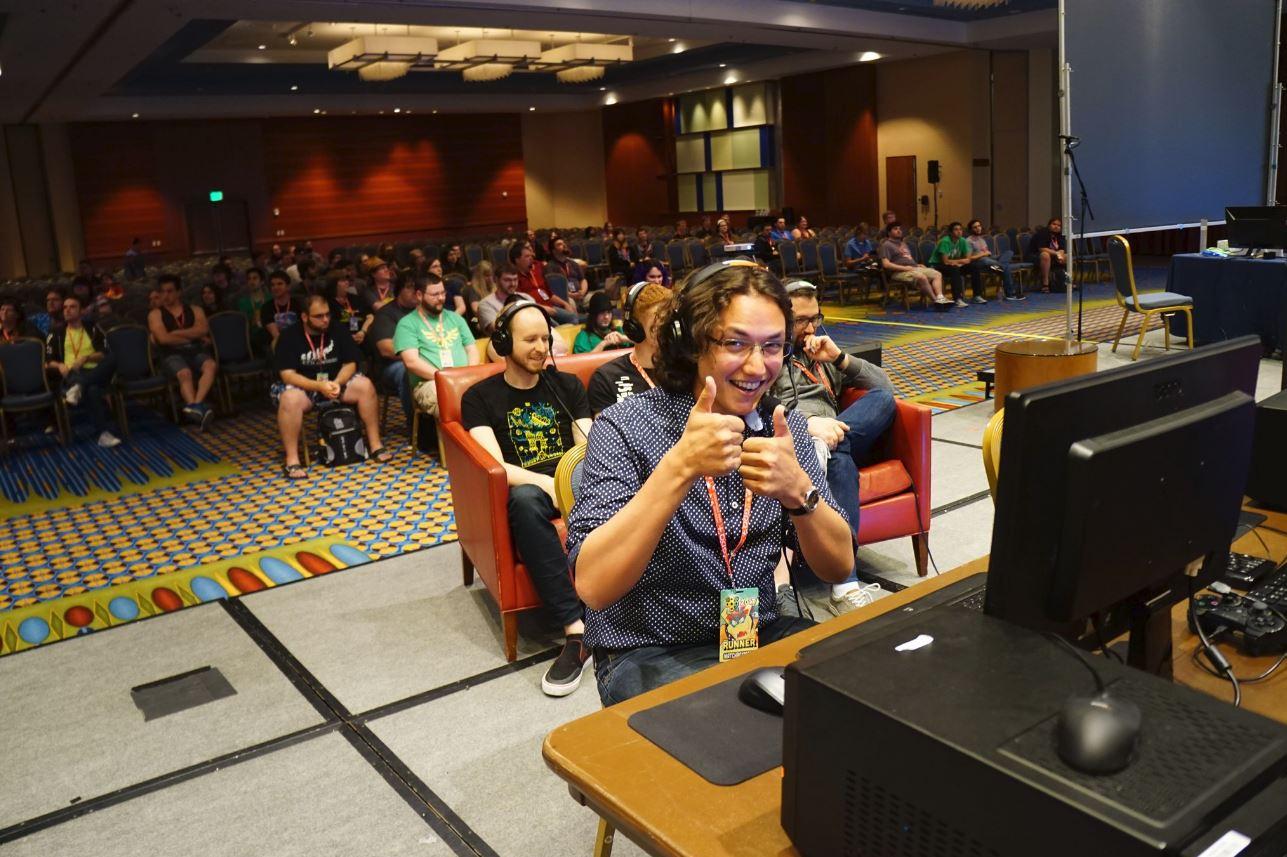 Perhaps the most anticipated run of the entire marathon will come on Friday night, which is when 15 different runners will come together to perform a relay race through the entire Super Mario series. That race alone is scheduled to last three hours, so you definitely won’t want to miss it.

Saturday features a lot of excellent runs to wrap-up the marathon. It all starts with a run of Final Fantasy VII, which has an estimated time of eight hours. As if that weren’t enough, we’ll see runs of Diablo 2: Lord of Destruction, Dark Souls 3, Titanfall 2, and Super Mario 64 throughout the day, with an Any% Glitchless run of Earthbound closing the show. Expect to see a lot of donations flood in on Friday and Saturday, as many fan favorite games will be run on those days.

Whether you’re only interested in watching speedruns or you want to begin running games yourself, there is definitely a spot for you within the massive speedrunning community. That large community is a very passionate one as well, which means that there’s never been a better time to get into speedrunning.

You can watch Summer Games Done Quick 2017 live on Twitch throughout the entire week. Games Done Quick has published a full schedule of upcoming runs, so have a look at it to see if one of your favorite games is coming up. You can also donate to SGDQ 2017 to be entered to win a variety of different prizes.

Summer Games Done Quick 2017 will unquestionably be one of the best marathons to date, so be sure to check it out if you have some extra time this week. Which runs are you looking forward to the most? Head down to the comments section and let us know!