Beats is adding a new set of wireless earbuds to the line-up, with the Beats Fit Pro promising active noise cancellation, a more secure fit, and longer battery life than rivals. Slotting in-between the Beats Studio Buds and the PowerBeats Pro, the new earbuds feature a soft silicone wingtip to make sure they stay glued to your ear.

Where the Studio Buds rely on the eartip itself to stay in place, and the PowerBeats Pro have an ear-hook, the Beats Fit Pro use a much more discreet rubber fin. That’s designed to nestle into the contours of your ear, holding the earbud in place. 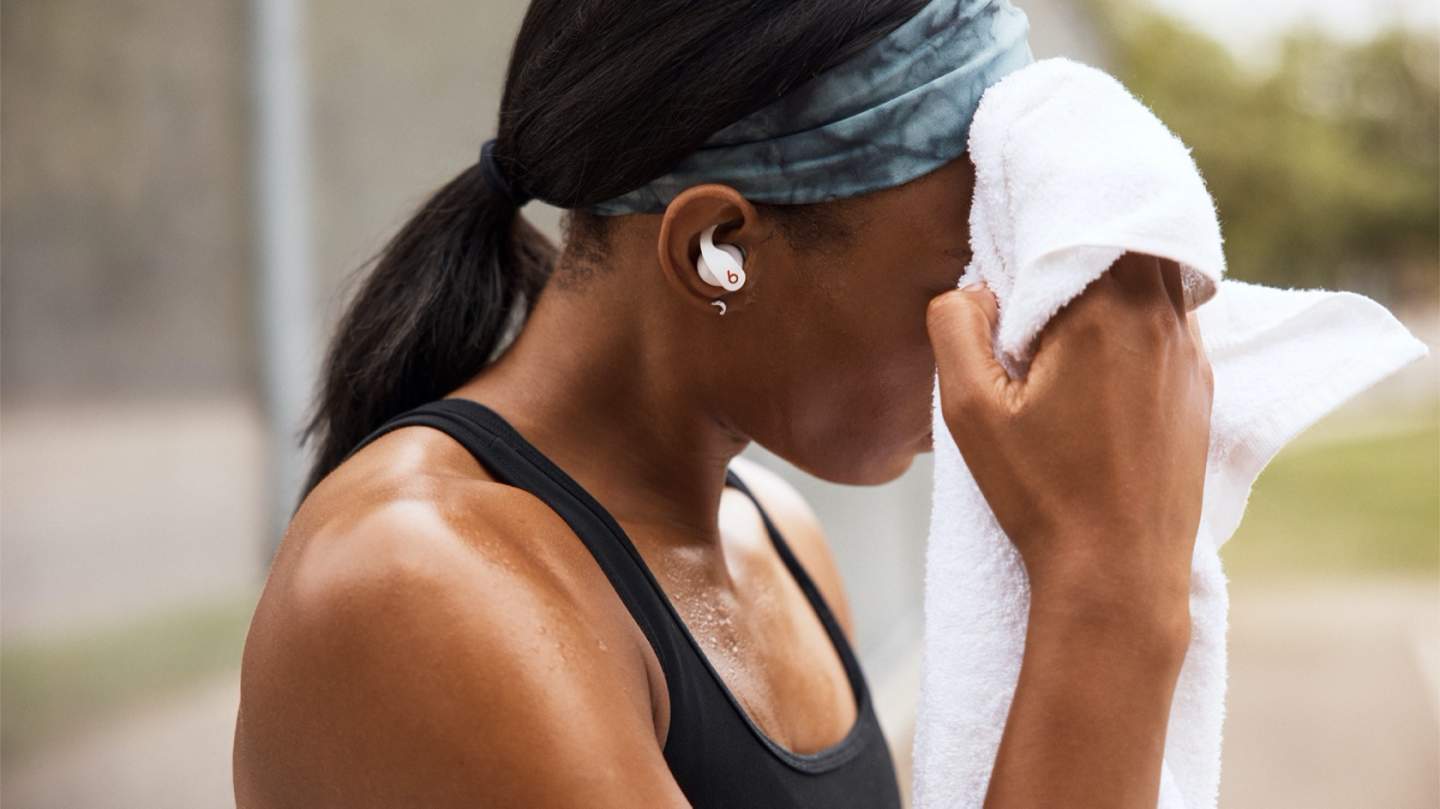 They’re IPX4 sweat and water-resistant, for sports use, and they have a vented design for better airflow, improved treble performance, and more comfortable pressure balancing. There are dual beamforming microphones on each earbud, along with an internal microphone, and Beats says that users should see improved sound on both end of voice calls, too. 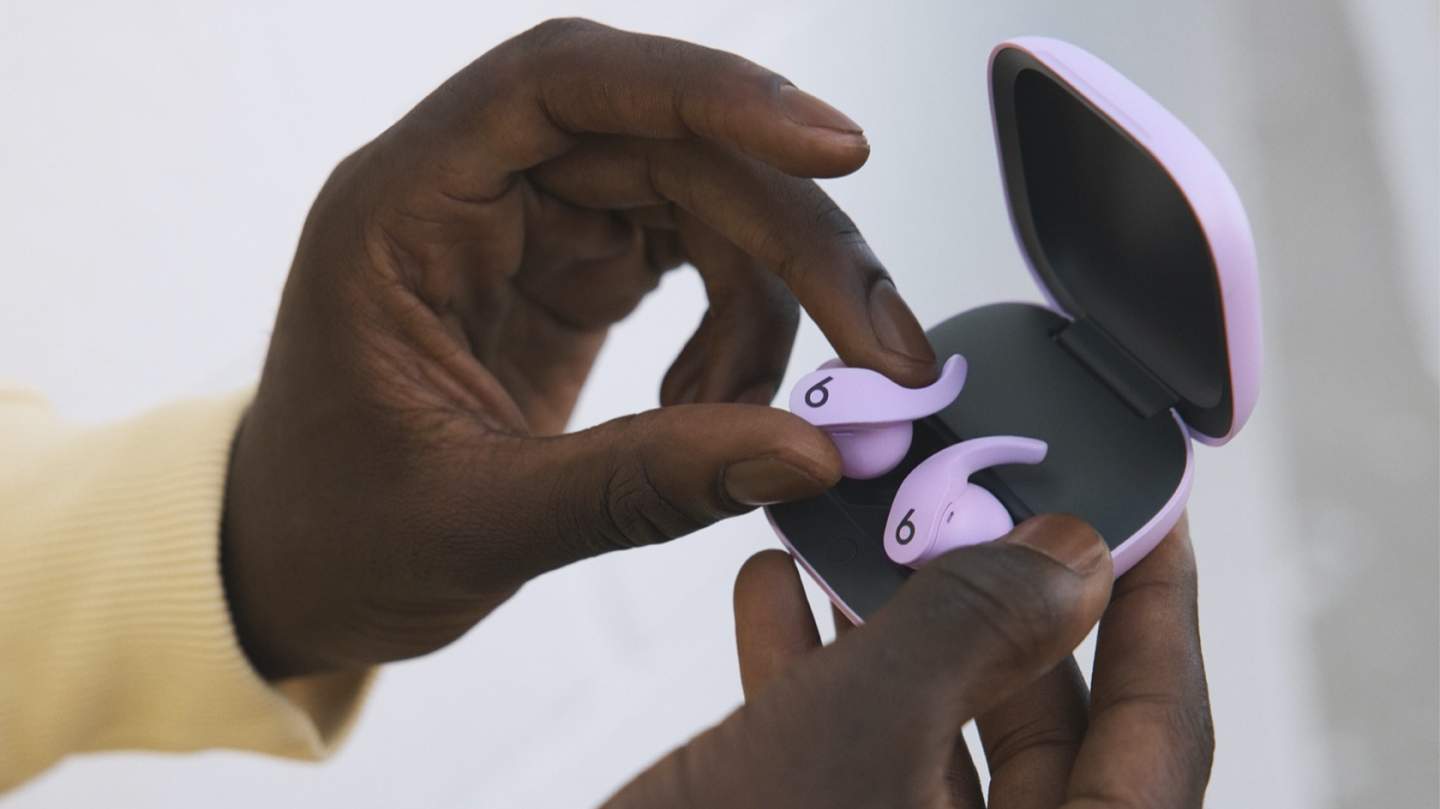 Unlike the Beats Studio Buds, though, the Beats Fit Pro use Apple’s H1 chipset. It means that, in contrast to their cheaper siblings, you get not only one-touch pairing and Find My integration with iOS, but things like hands-free Hey Siri triggering and Apple’s ear-tip fit test. There’s also automatic switching between Apple devices and audio-sharing.

Despite all that, Beats is trying to treat Android users as equal citizens. There’s a dedicated Android app, through which most of the same options and controls that iPhone users enjoy are available for your Pixel or Galaxy. 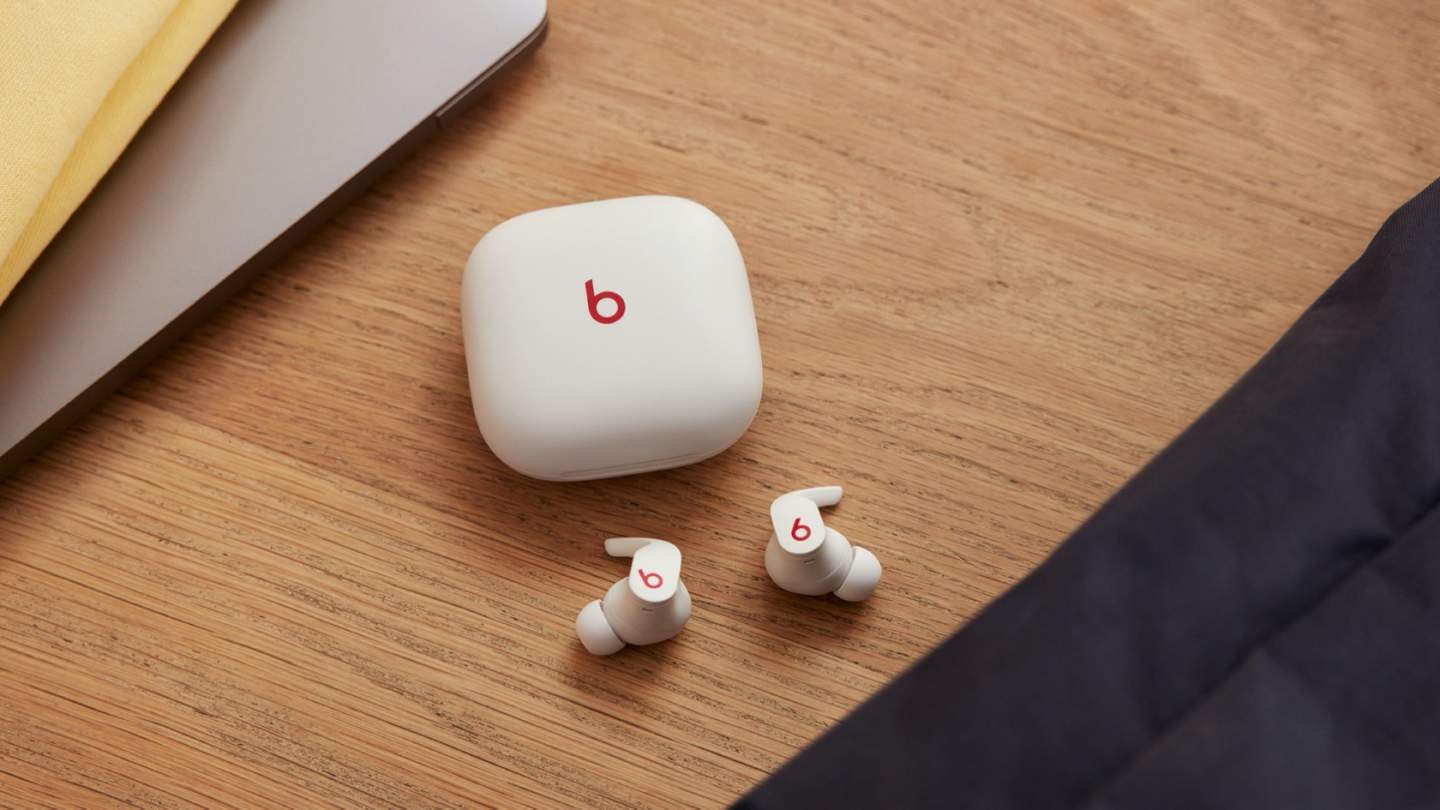 As with Apple’s most recent AirPods launches, there’s active noise cancellation with a variety of modes. The ANC promises to isolate you from the outside world, auto-adjusting up to 200 times a second to background hubbub; a Transparency mode allows through environmental sound, in case you want to hold a conversation or stay aware of city noise. Adaptive EQ automatically switches on when ANC/Transparency mode are switched off, intelligently adjusting the audio settings depending on what you’re listening to. 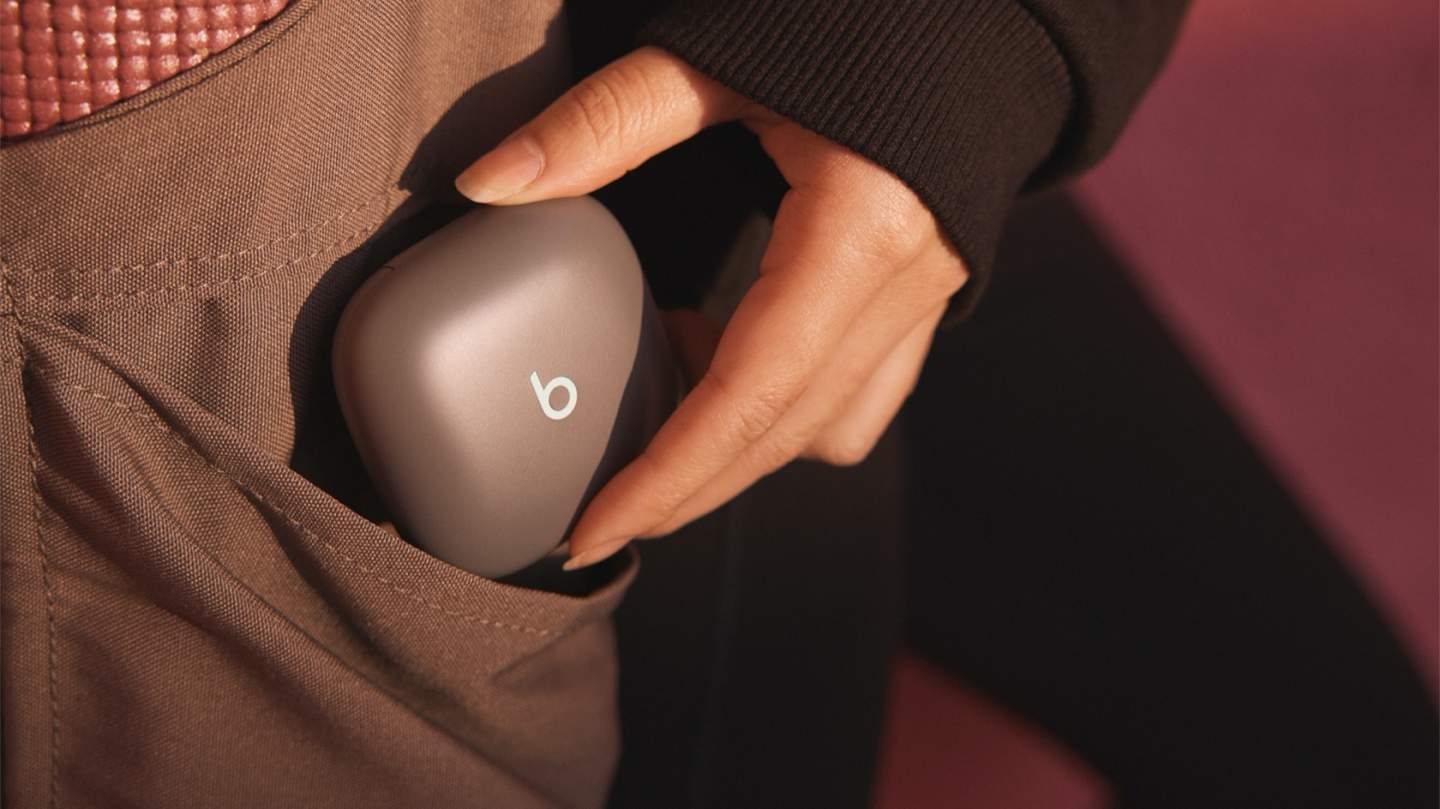 There’s a new custom 9.5mm transducer, exclusive to Beats, along with support for Spatial audio with dynamic head tracking. Optical sensors rely on the same technology as in the latest AirPods, too, adding skin-sensing so that the earbuds can tell when they’re in an ear versus, say, being set down on the desk. 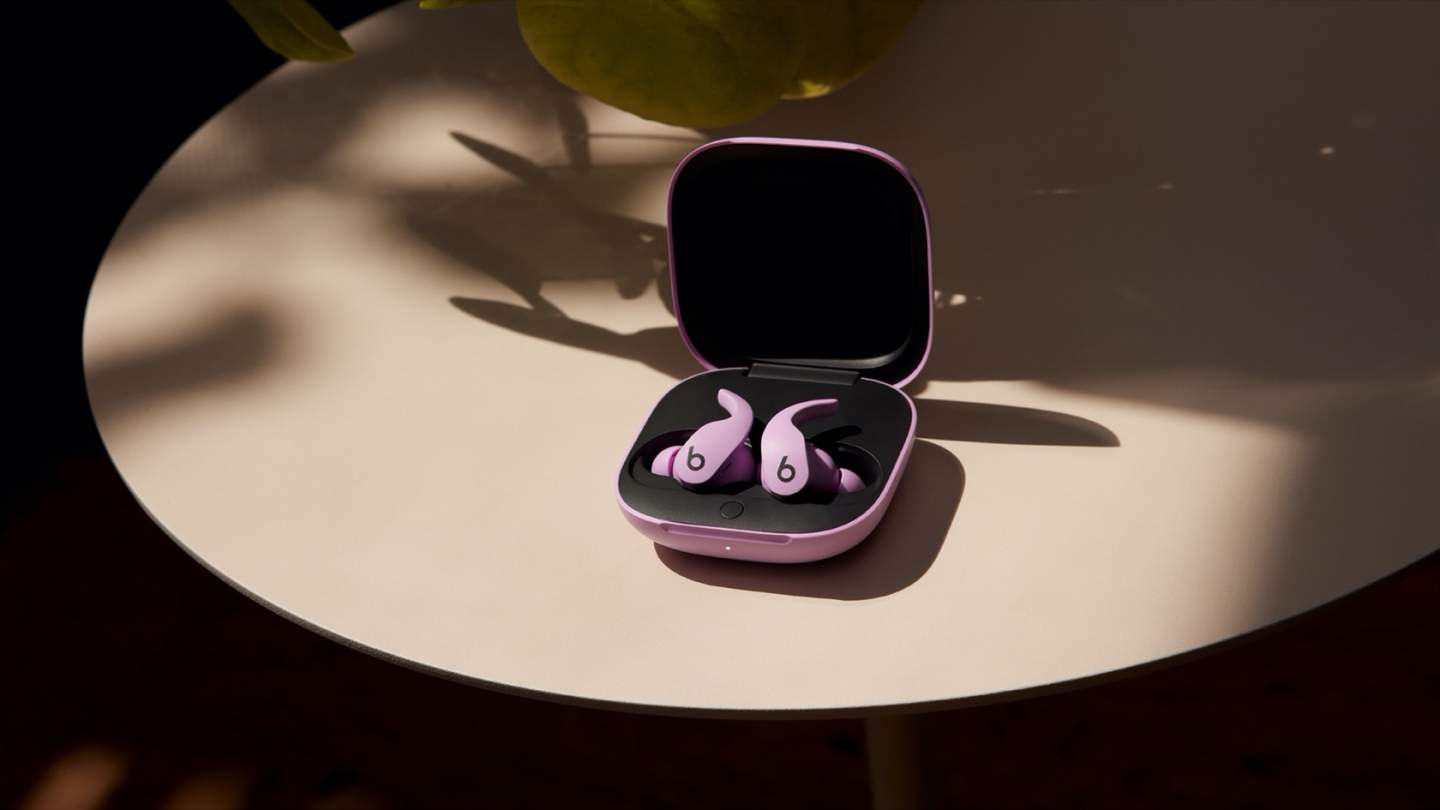 Each earbud weighs 5.6 grams, and has a multi-function button on the outside. A single tap is for play/pause; a double-tap skips ahead. By default, a long-press toggles between ANC and Transparency modes, but can be reassigned in the settings.

As for battery life, there’s six hours of music playback per earbud with ANC or Transparency on, or seven with Adaptive EQ active instead. With the charging case, those numbers extend to up to 27 hours or 30 hours, respectively. Alternatively, there’s up to 5 hours of call time (or 22 hours with the case). 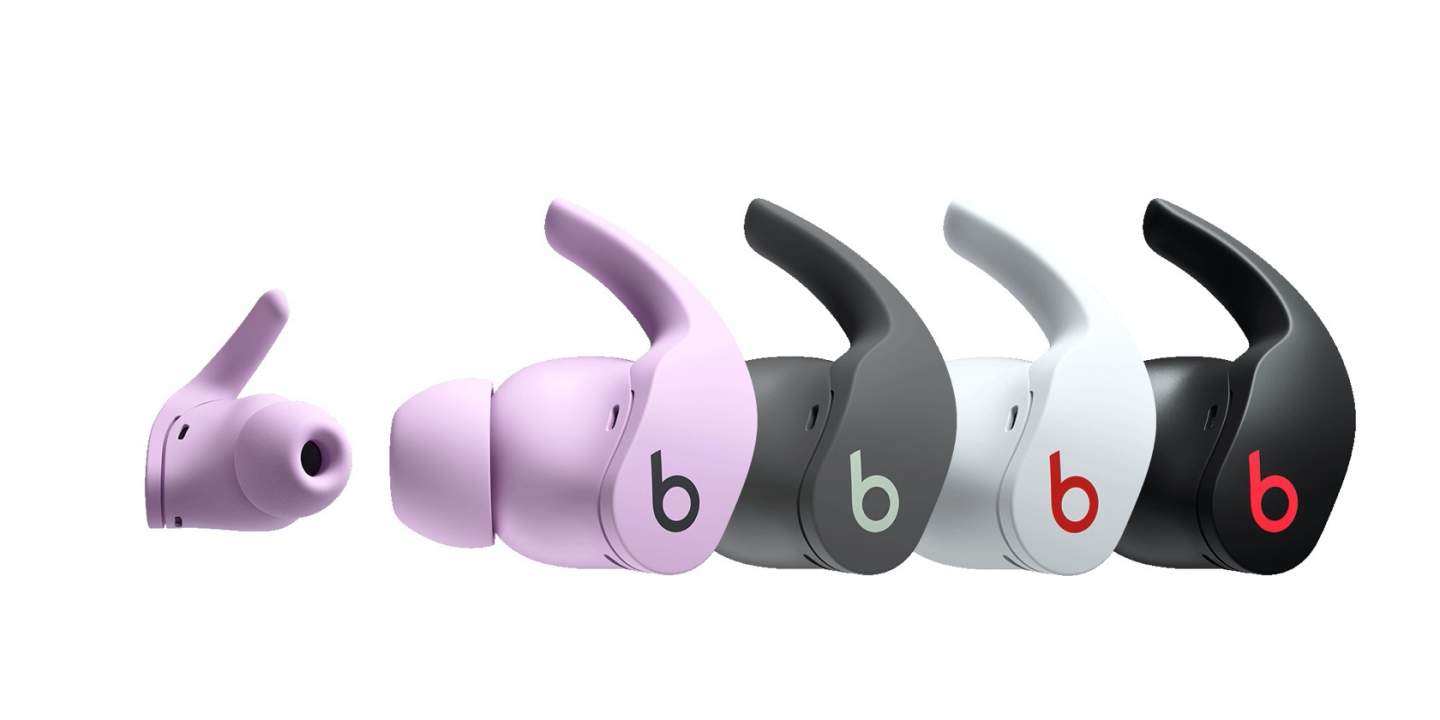 A full charge takes 90 minutes, but Beats’ Fast Fuel system means five minutes in the case is good for up to an hour of playback time. The case itself charges via USB-C, and matches the four colors of the Beats Fit Pro themselves: Black, White, Sage Gray, or Stone Purple. Preorders open today, at $199.99, and Beats Fit Pro will ship from November 5.