“Phoneographers”. That’s who Beastgrip is for, according to their website. It’s clever, and oddly endearing for people like me who like taking photos with their phone, but sometimes want to take it a step further. After reviewing the original Beastgrip, I was pretty excited to get word of the Beastgrip Pro, the iterative progression from the original. Still in its beta stage, we caught up with the man behind Beastgrip while he hoofed through CES. What we found was another reason to get excited about smartphone photography.

First, we’ll backtrack a touch through Beastgrip lore. The original product launched to Kickstarter back in 2013, exceeding its goal of $25,000 easily. The aim was to give your smartphone a home where you could add lenses, a flash, and even an external mic if you liked. Better yet, you didn’t have to fuss with any of those cute “made for your phone” add-ons. 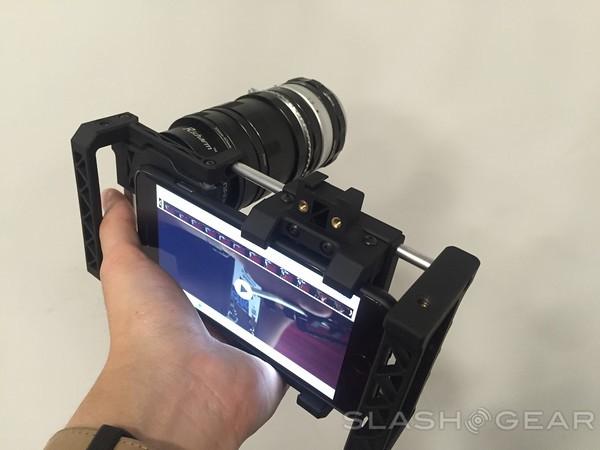 But the new Beastgrip — called Beastgrip Pro — bridges the divide between more professional lenses and your Olloclip. The lens mount can now slide off, letting you use any lens you like. That also keeps the portion of Beastgrip meant for tripod and cold-shoe accessories in-tact and useful.

You also don’t need to have a particular phone. Beastgrip’s drop-in cradle makes way for nearly any phone, large or small. 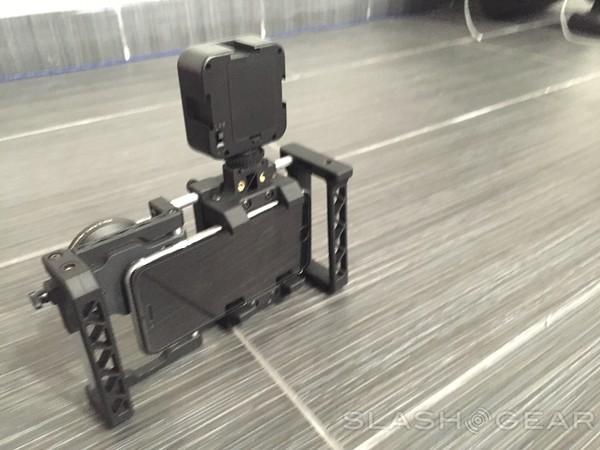 The Beastgrip Pro is just a touch sleeker and cooler than the original, and is being designed with manufacturing in mind. The original was 3D printed, which sent its mastermind, Vadym Chalenko, into overdrive. This time, he’s going to let heavy machines do the heavy lifting.

As you can see in the video below, Beastgrip Pro is much like the original, just refined. You can still add lenses (SLR too!), and there’s still the cold shoe mount for lighting and other prosumer peripherals. There’s also plenty of 1/4-inch mounts for tripods or other add-ons. 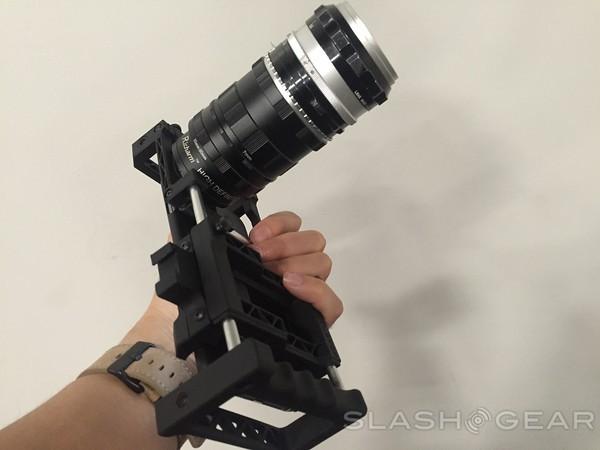 The Beastgrip platform isn’t one to overlook, either. A Bentley spot was made with Beastgrip’s help, so it’s got some chops.

While the Beastgrip Pro may still be the works, it’s exciting — and actually coming. As smartphones get better photographic hardware and app makers start to solidify manual controls, a peripheral like Beastgrip makes much more sense than an expensive second camera for “phoneographers” like me.