Battlefield 1, Call of Duty lead the way in Nielsen’s most anticipated games

The survey, which polled 6,000 players between the ages of 7 and 54 on a number of metrics such as awareness, purchase interest, and consumer rating, also breaks down the most anticipated platform exclusives. The Wii U and the Xbox One only have one title each on the list, with Gears of War 4 taking home a rating of 99% and Paper Mario: Color Splash nabbing itself a rating of 92%.

Meanwhile, the PlayStation 4 has four different titles that rank on the list, with Batman: Arkham VR somewhat surprisingly ranking above Rise of the Tomb Raider: 20 Year Celebration, The Last Guardian, and Battlezone. Just as well, the PC also had four exclusive titles gamers were most excited for, starting with Civilization VI in the number one spot, followed by Football Manager 2017, Motorsport Manager, and finally Planet Coaster. 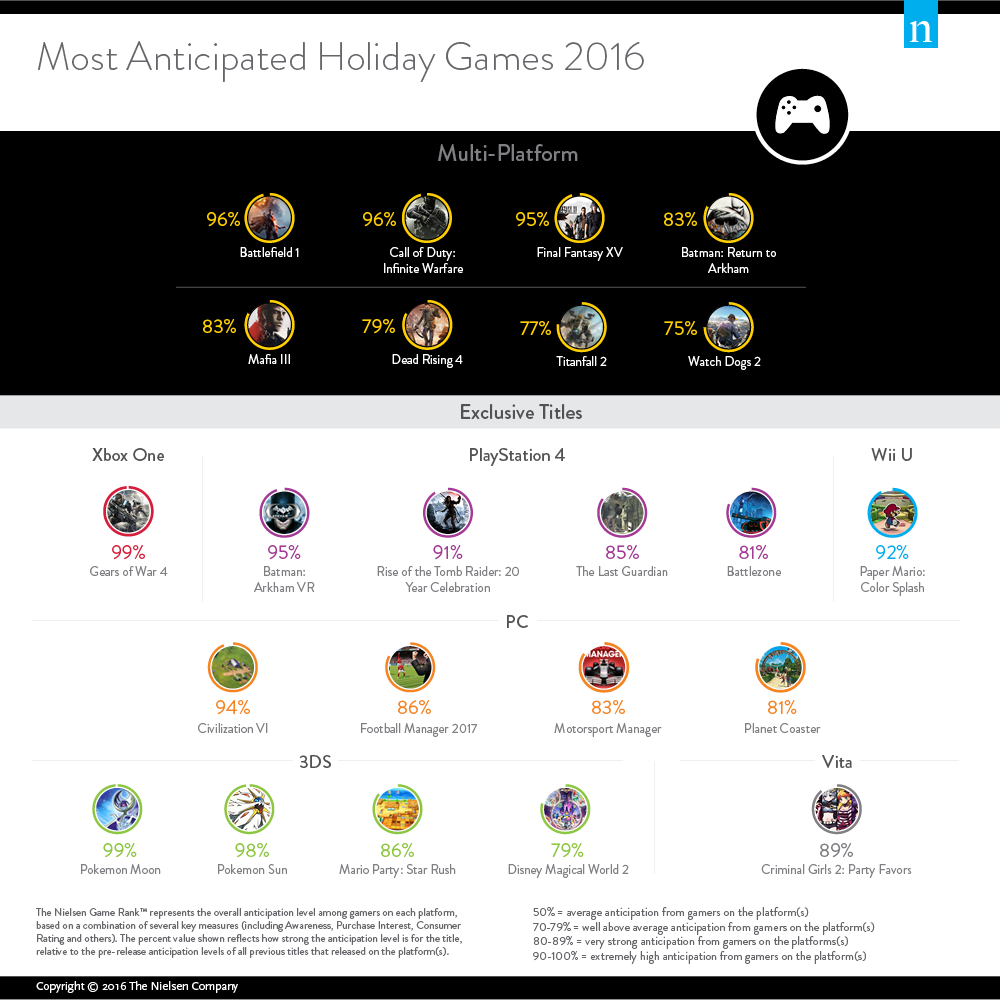 Probably the least shocking thing about these survey results is that Pokemon Sun and Moon take their place as the most anticipated 3DS titles, though Mario Party Star Rush and Disney Magical Adventure 2 also rank on the list. On the other side of the handheld gaming spectrum, the PlayStation Vita‘s lone ranking title was Criminal Girls 2: Party Favors.

Nielsen says that the percentage score it awarded to the titles on the list “reflects how strong the overall anticipation level is for the title, relative to the pre-release anticipation levels of all previous titles that released on the platform(s).” Do you agree with the list? Are there any titles you’re looking forward to that didn’t make the cut here? Let us know down in the comments section.