Those of you with a NOOK on hand that have a hankering for some most popular newspaper in the world reading are in luck, The New York Times is giving a bonus to everyone who loves their paper enough to get a subscription via Barnes & Noble’s most lovable ereaders. Every NOOK, NOOKcolor (also known as NOOK Color) or all-new NOOK ereader owners, essentially anyone with access to the NOOK NewsStand will be able to get access to not only a subscription to The New York Times but to the NYTime.com website as well – double win!

Normally you’d have to subscribe to each service separately if you’d wanted access to the New York Times content you crave from all your different devices, but now anyone who has in the past or will in the future purchase a subscription to the NOOK version of The New York Times will also be given access to the web-based service as well. For those of you wondering why you’d want access to a webpage, you should know that NYTimes.com is a subscriber ONLY webpage where you’re able to see parts of articles until you pay a premium to see the rest. Normally this would be harsh, now Barnes and Noble’s deal here makes is smooth.

Those of you subscribing today will be given the same access that those of you who’ve subscribed in the past will be given, there’s no “new subscriber” bonus, only a regular subscriber bonus. And what about those of you who don’t yet own a NOOK tablet? We’ve got you covered! Let’s take a trip down review lane: First take a look at our massive Week With NOOKcolor series in which you’ll get the full double and triple dosage of coverage on the one and only NOOK color. Then have a look at our hands-on with the all-new NOOK as well! Then you’ve got to purchase them both, all of them, every one! 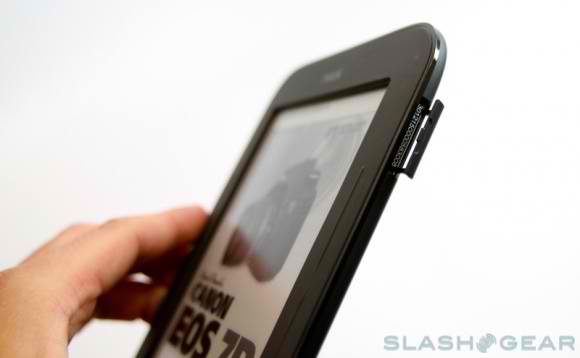