While Apple’s keynote at WWDC 2015 included an expansion to the UK for Apple Pay, one omission was a bit more glaring than most: Barclays. Not long after the keynote was complete, Barclays UK took to Twitter to rectify the situation. Not with confirmation that they’d be coming forward with Apple Pay, but with word that they were, indeed, in talks with Apple. Of particular interest is the fact that while Barclays does support a mobile payment service on smartphones with phone numbers, they do not yet support NFC-based connections as of yet.

Questions on Twitter to Barclays UK rose like an incoming tide at the announcement yesterday that Apple Pay was coming to the UK. Particularly once the slide – which you see below – did not include the brand. “Thanks for your tweets this evening,” said Barclays UK on Twitter, “we can assure you that we’ve been talking with Apple about how our customers could use Apple Pay in addition to our existing mobile and payment services, and these talks remain constructive.”

If that’s not an indicator that Apple Pay will be working with Barclays in the near future, I’m not sure what is. 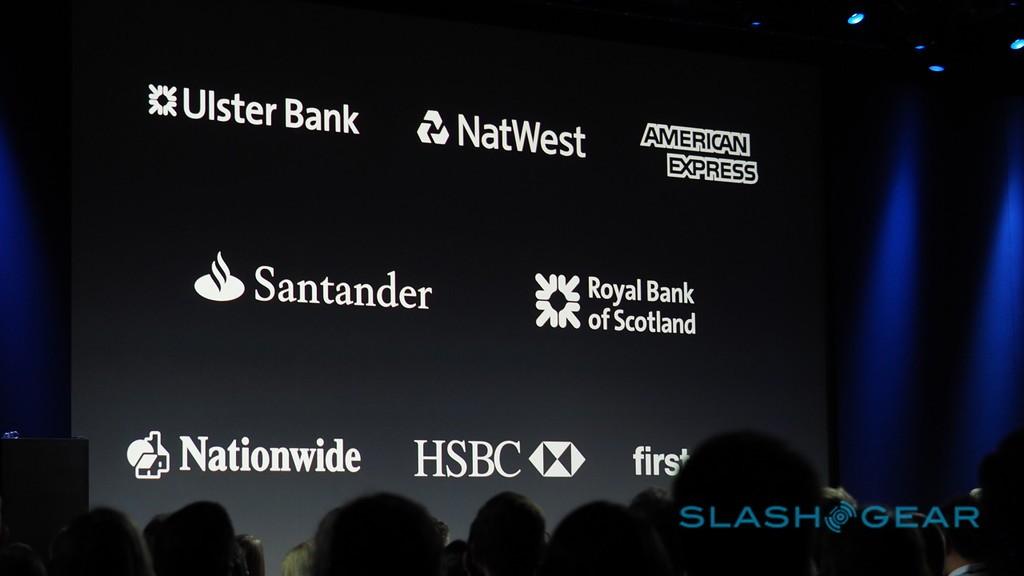 Meanwhile Barclays Pingit – their service that allows users to pay people with phone numbers – is in full swing. Since back in 2012, Pingit has been working to take on the competition – in the UK, at least. Back then PayPal Mobile was the biggest competitor to this early adopter.

Barclays also attempted to work with a system called PayTag back in 2012. This was back when devices like the HTC One X, BlackBerry Storm, and Samsung Galaxy S II were popular.

Digital payments have come a long way since then – though according to the demonstration video above, they seem to work relatively the same. Tap and pay.