Banksy made hotel art for Christmas

This week artist Banksy revealed a new piece of art that is both tiny in scale and large in concept. In the past, Banksy became well-known due to his large-scale artworks in the streets – graffiti works of many sorts. If you only know Banksy from his early years in street art, it’s a good time to take a look at his accomplishments of late. Most recent of these is a nativity scene called Scar of Bethlehem.

In the Scar of Bethlehem (seen above), Jesus, Mary, and Joseph sit amongst a cow and a donkey – pretty standard for a manger scene, aka a Nativity Scene. Here, though, they sit near a lightly graffiti’d border wall. This scene was constructed specifically for placement in the structure called Walled Off Hotel.

The Walled Off Hotel is a real-life hotel that doubles as an art installation. Associates of Banksy, the artist, run the hotel, and pieces of Banksy artwork adorn the structure, inside and out. 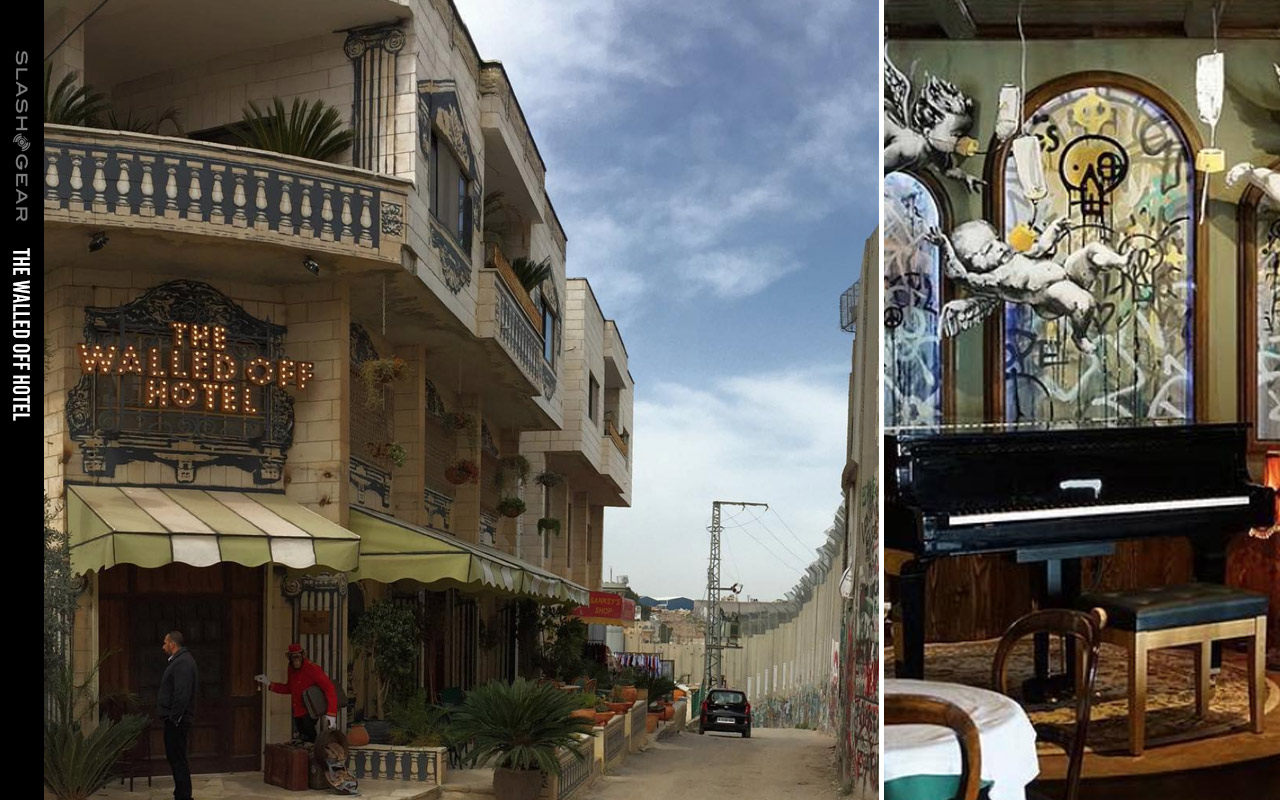 Artworks crafted by Banksy have been sold at auction in the past decade for hundreds of thousands of dollars. At the Walled Off Hotel, Banksy artworks are sold as “souvenir collectables.” Good luck getting your hands on one of these. The nativity scene shown above is not, as yet, for sale. 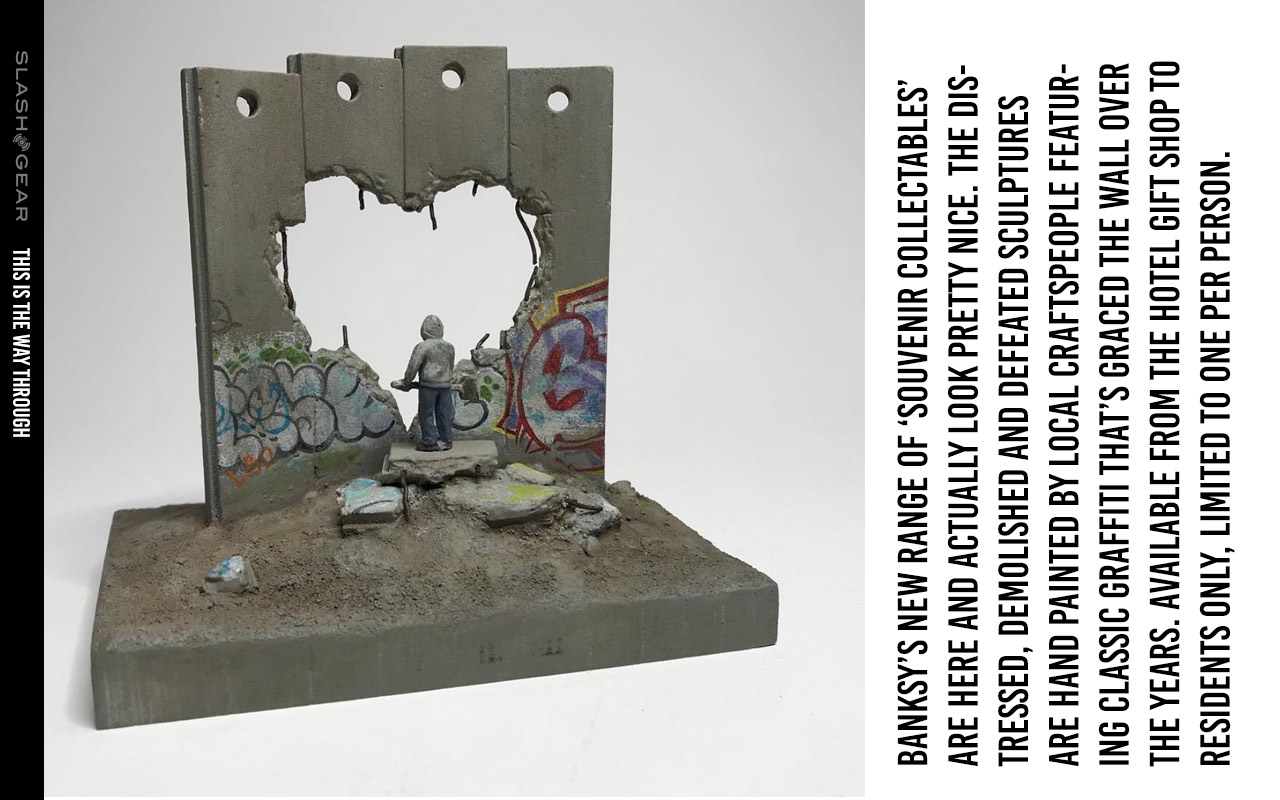 Above you’ll see the work called “Defeated”, released in April of 2018. Per the description: ‘Defeated’ Souvenir wall sections now available Banksy’s new range of ‘souvenir collectables’ are here and actually look pretty nice. The distressed, demolished and defeated sculptures are hand painted by local craftspeople featuring classic graffiti that’s graced the wall over the years. Available from the hotel gift shop to residents only, limited to one per person. Defeated was (is) right around the same sort of size as the new work Scar of Bethlehem.

The Walled Off Hotel has been in business since the year 2017. Opening the hotel marked the 100th anniversary of British control of Palestine. Each of the bedrooms in the hotel have windows that face the nearby wall. 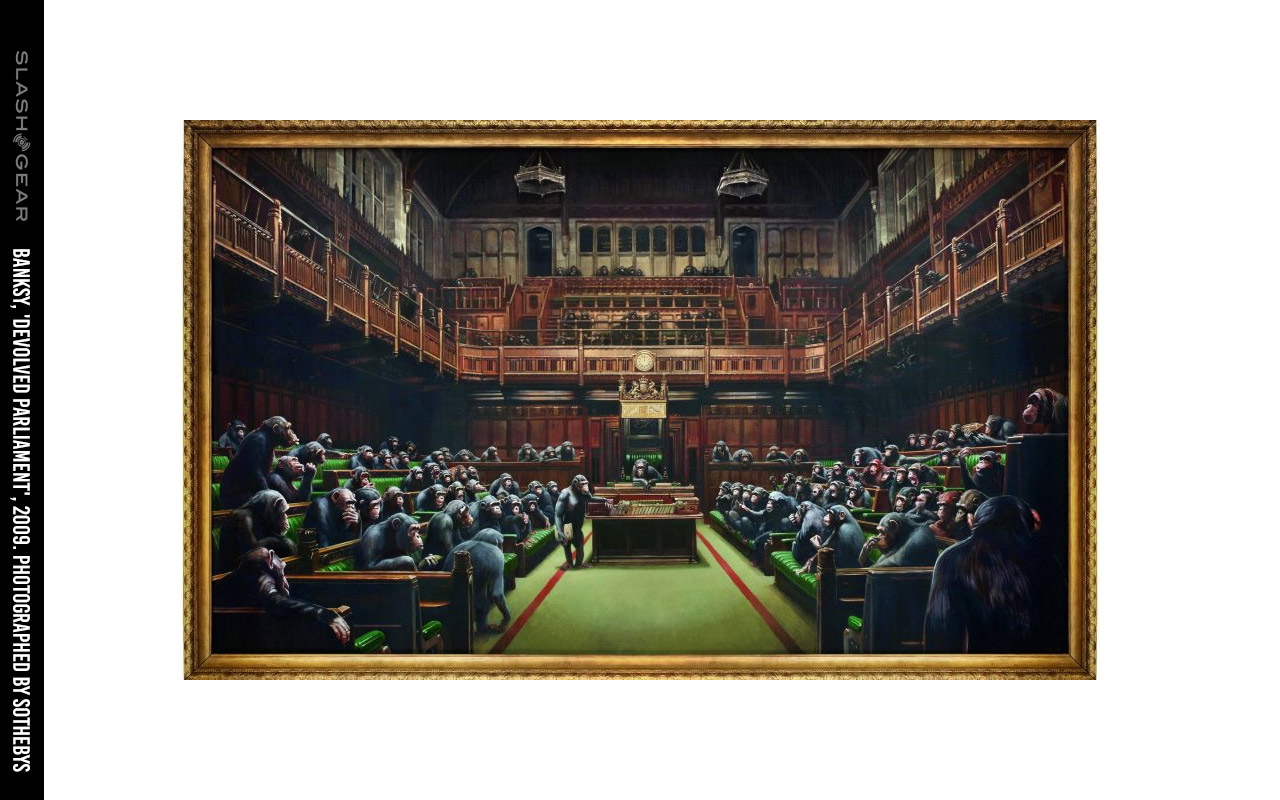 Earlier this year – in October of 2019, the 2009 painting by Banksy called Devolved Parliament, sold at Sotheby’s in London for just under £9.9 million. This is, to date, the largest price for a Banksy artwork.