Back to the Future Transformer toy revealed: Gigawatt!

Hasbro and Universal Brand Development collaborated to bring to life a true oddity. This is the Back to the Future branded Transformer called Gigawatt. Alongside the release of this transforming plastic toy, IDW will release at least one issue of a crossover Transformers x Back to the Future adventure, also in collaboration with Amblin Entertainment.

If you’re a fan of brand crossovers, this is a product that might just be right up your alley. This is a “time-traveling TRANSFORMERS AUTOBOT” that was made to commemorate “35 years since the groundbreaking adventure film, Back to the Future, took audiences back in time.”

So it’s not just a time machine like the DeLorian in the Back to the Future film series, it’s a time-traveling AUTOBOT. The toy can transform from the classic Time Machine to a Robot in 17 steps. Once the Transformer is transformed into a Robot, it’ll stand approximately 5.5-inches tall.

In Time Machine mode, the vehicle’s wheels rotate from vertical to horizontal “to produce a hovering effect as seen at the end of the film.” This vehicle also has gullwing doors that open – as well they should. The antenna used in the film to catch lightning from the clock tower also works as a “whip antennae” for the Robot.

The Robot also rolls with “Doc Brown-style goggles,” as well as “time circuits” and a flux capacitor chest piece. A synopsis of the story in which this “first issue” comic and character exist was shared today as well. 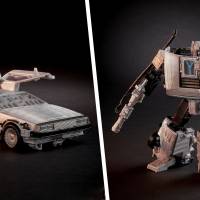 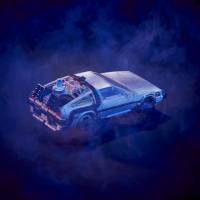 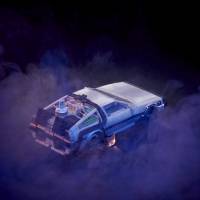 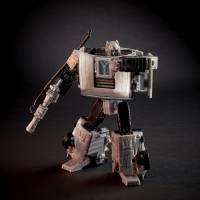 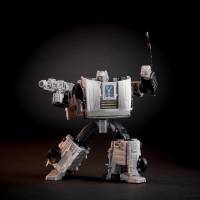 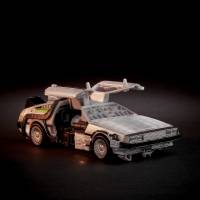 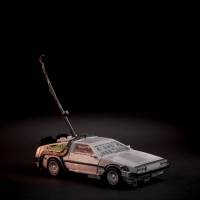 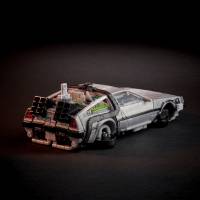 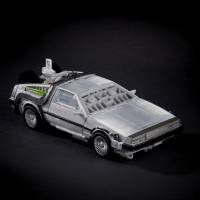 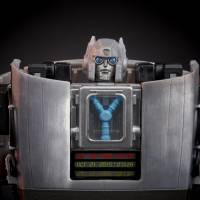 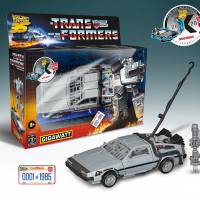 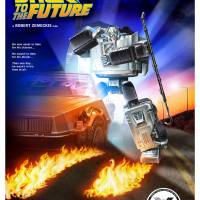 “Marty McFly has just returned to his home sweet home, Hill Valley 1985, and everything’s looking up… that is, until Marty and his friend Doc Brown’s time machine attracts the attention of the Decepticons,” said the synopsis of the story. “With one small mistake, Marty finds himself thrust into adventure to stop the Decepticon plot in the past, present, and future… all with the help of a new time machine: the Autobot, Gigawatt!”

UPDATE: The comic book will be 1 of 4. There’ll apparently be a 4-comic series released by IDW with the plot above – that’ll almost certainly appear at your favorite comic shop and in digital comic format by the end of this year, 2020.

UPDATE 2: As you might’ve seen upon closer inspection, this toy is not actually a DMC brand vehicle. It’s not actually a “real” DeLorian vehicle – it’s only a … Transformer. It’s still officially branded by Transformers and the Back to the Future movie franchise, but it’s not “really” a DeLorian as such. It’s just a time machine!