Nearly a year ago, Bugatti unveiled its cheapest vehicle ever at the 2019 Geneva International Motor Show. The car was called the Baby Bugatti II and was a three-fourths scale replica of the iconic racing car from the 1920s that bought the brand to racing fame. Bugatti points out that while all 500 cars were sold only three weeks after they were announced last year, a few clients have backed out due to the recent coronavirus pandemic, and “very few build slots have become available.”

It’s highly likely that those few remaining build slots have now been sold, but that’s unclear. The Baby Bugatti II is offered in three versions, with the base model featuring a composite body and 1.4 kWh battery pack. The Vitesse model features a carbon fiber body, a 2.8 kWh battery pack, and an upgraded power train that includes a Speed Key for higher performance.

Each of the aluminum bodies takes more than 200 hours to create. Baby II features rear-wheel drive, and all versions have a limited-slip differential, high-performance hydraulic brakes, and selectable driving modes. In novice mode, speed is limited to 12 mph and 1.3 horsepower. Expert mode is limited to 30 mph and has 5.4 hp. The two top-end models have an option to deploy 13.4 horsepower using the Speed Key. 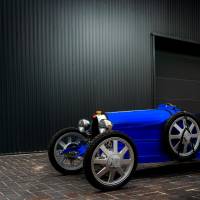 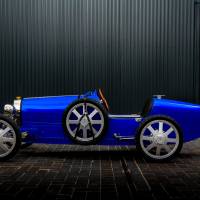 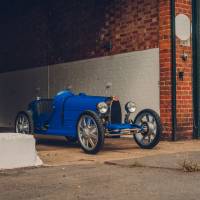 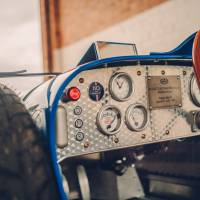 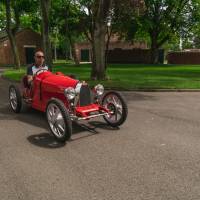 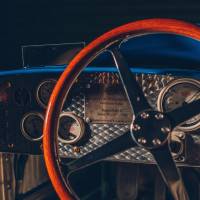 Top speed is 42 mph using the Speed Key key, and depending on the weight of the driver, 0 to 60 kph can be achieved in six seconds. The base model can go 25 km on a charge “when driven carefully.”