Back in March, Bugatti unveiled the Bugatti Baby II. The little vehicle is a 3/4 scale version of the iconic Bugatti Type 35. The car looks as if it’s sized only for kids, but at 3/4 scale replica allows some adults to enjoy the car as well. The original Bugatti Baby was a half-scale car that only kids could drive.

Bugatti planned to make only 500 units, and each of them sold for over $33,000. The entire production run sold out in three weeks. Bugatti worked with Little Car Company to build the Baby II. The company said it was an honor to work with Bugatti on the special car. Ben Hedley, CEO of Little Car Company, said that the company set out to create something respectful of the original and fun to drive.

The car was created with a digital scan of all components of the 1924 Type 35 Lyon Grand Prix car. The car has a modern electric powertrain with lithium-ion batteries and regenerative braking. The eight-spoke wheels are replicated from the original vehicle, but they use modern tires. 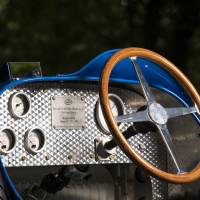 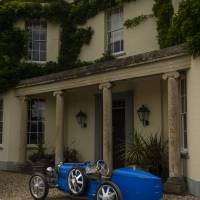 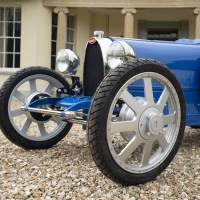 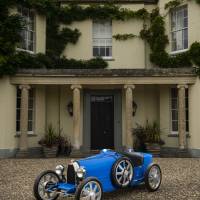 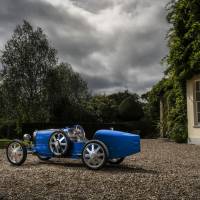 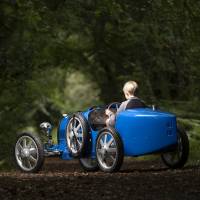 The front axle is hollow, as it was on the original and the suspension and steering mechanism is reproduced. The gages include a speedometer, battery level indicator, and power gauge. The Baby II has a clock for measuring race performance.

The fuel pump from the original car has been repurposed as a forward/reverse control, and all Bugatti Baby II cars have a working horn, rearview mirror, handbrake, headlights, and remote control to disable the vehicle. The car has a 1kW child mode with a 10 km/h top speed. Adult mode is 4kw with a top speed of 45 km/h. An included speed key boosts power to 10kW. All versions come in French Racing Blue with black leather interior, but buyers could customize the interior and paint colors.