Archaeologists in Mexico have revealed a skull rack found in the ruins of the Templo Mayor complex in Tenochtitlan. This is in modern Mexico City where the Museo del Templo Mayor now resides. As the museum displays history above, so do archaeologists continue to excavate below. Their most recent find is a skull rack built between 1485 and 1502, coming in at a cool 40-feet (12-meters) by 112-feet (34-meters), packed full of human skulls. Archaeologists on the case believe they’ve found the “Huey Tzompantli”, or Main skull rack of the complex.

While the major finding here may be the rack – and the size of the rack therein – more skull-based structures are also being unearthed. The platform where the main skull rack was found also contains skulls. This platform was made with skulls mortared together in a circle with each skull facing inward toward the center.

ABOVE: Depiction of a tzompantli (skull rack), taken from the 16th C. Aztec manuscript, Codex Duran VIA: Wiki 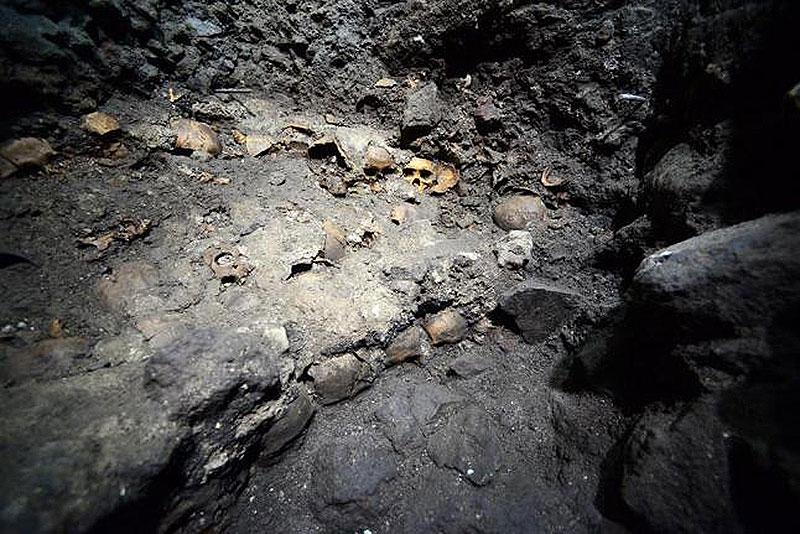 ABOVE: Skulls in mortar and skulls buried by the sands of time at Templo Mayor, photo via Hector Montano/INAH/AP.

Skulls archived in this report were found to have two holes drilled (or cut) in their sides. These holes suggest that they were once part of a tzompantli (a skull rack).

Below you’ll see an illustration of a tzompantli done for a manuscript written by Juan de Tovar, explorer and missionary, author of “Origen de los mexicanos”. 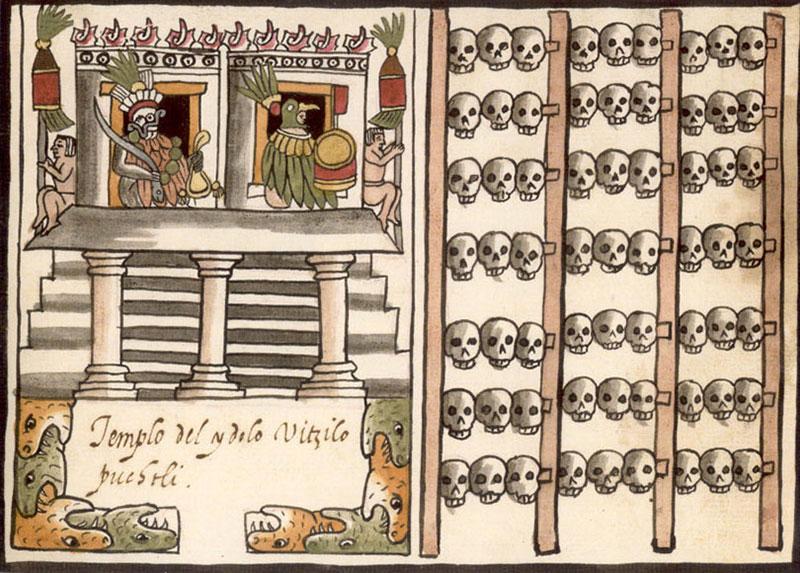 Below you’ll see a carved stone wall on a now-exterior wall of the Templo Mayor complex. It’s clear now that both carved stone skull “racks” and real human head racks were employed by the Aztec people that lived here. This photo comes from user “Hemrica” from Google Maps 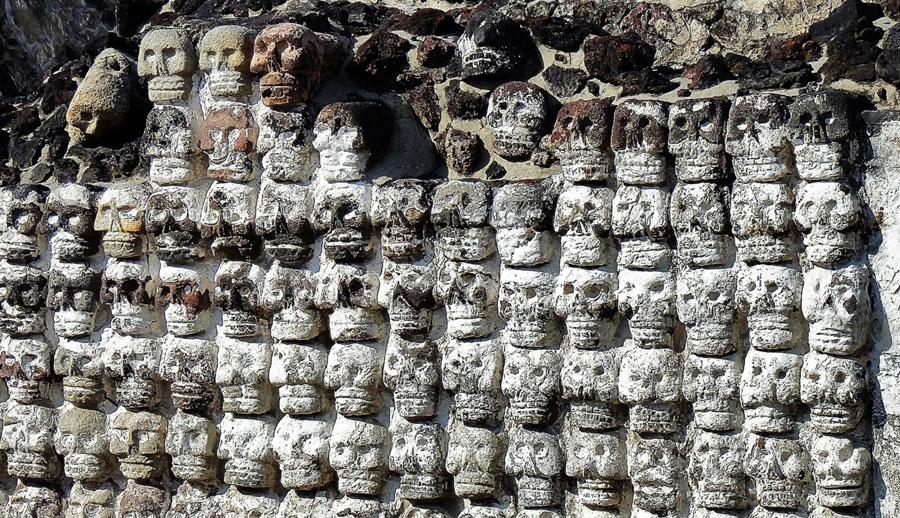 Next you’ll see a map of Mexico showing where the Museo del Templo Mayor (Museum dedicated to the Aztecs) is located. 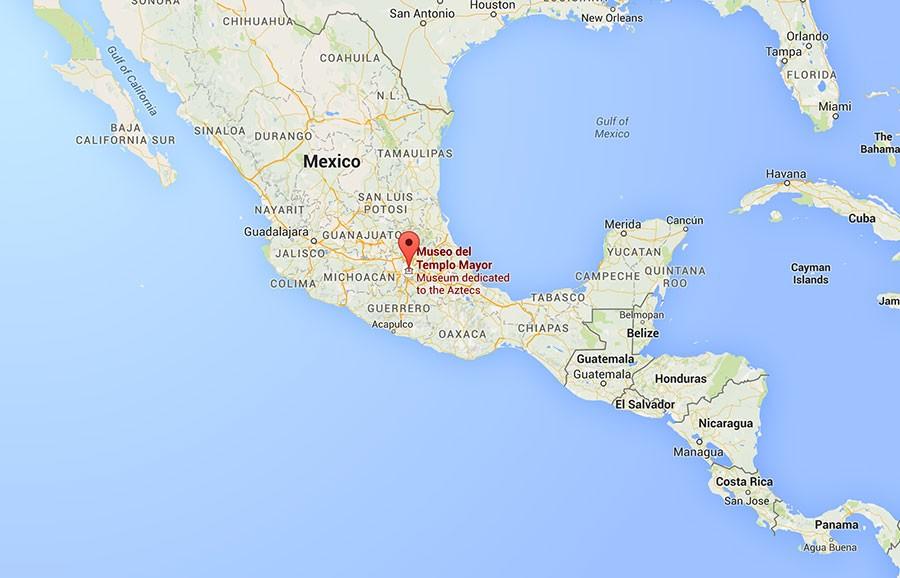 Eduardo Matos Moctezuma is one of the INAH archaeologists involved in the ongoing excavation. Moctezuma suggested this week that they may have found the “main” skull rack.

“We believe we have found the Huey Tzompantli,” said Moctezuma in a public statement. “Many of these skulls could be enemies of the Aztecs who were captured, killed and beheaded in a show of might.”

According to the book “The Taking and Displaying of Human Body Parts as Trophies by Amerindians” edited by Richard J. Chacon and David H. Dye, this Huey Tzompantli was the largest of seven great skull racks in the complex.

“The huey tzompantli or Great Skull Banner of Tenochtitlan was the largest and most complex.”

Thus far 35 skulls have been unearthed, but many more are yet to be uncovered.

If what Chacon and Dye suggest (based on Diego Duran’s elder writings) is to be believed, “tens of thousands of decapitated human heads [were] once impaled thereon.” We shall see. Below you’ll see a brief video from the IB Times showing a bit of the excavation efforts.