Autonomy on the Autobahn: Daimler tests its self-driving truck

Daimler promised an autonomous truck by 2025, and the latest version of that smart long-hauler has taken to public roads in Germany. The Mercedes-Benz Actros with Highway Pilot system is the German marque’s newest iteration on Future Truck 2025, the project to dispatch fleets of self-driving cargo transports that will help prevent accidents from tiredness and distraction.

For the moment, the truck is a custom development, including a smart semi-autonomous system paired with some of the driver convenience aids already offered on commercially-available Mercedes-Benz models. 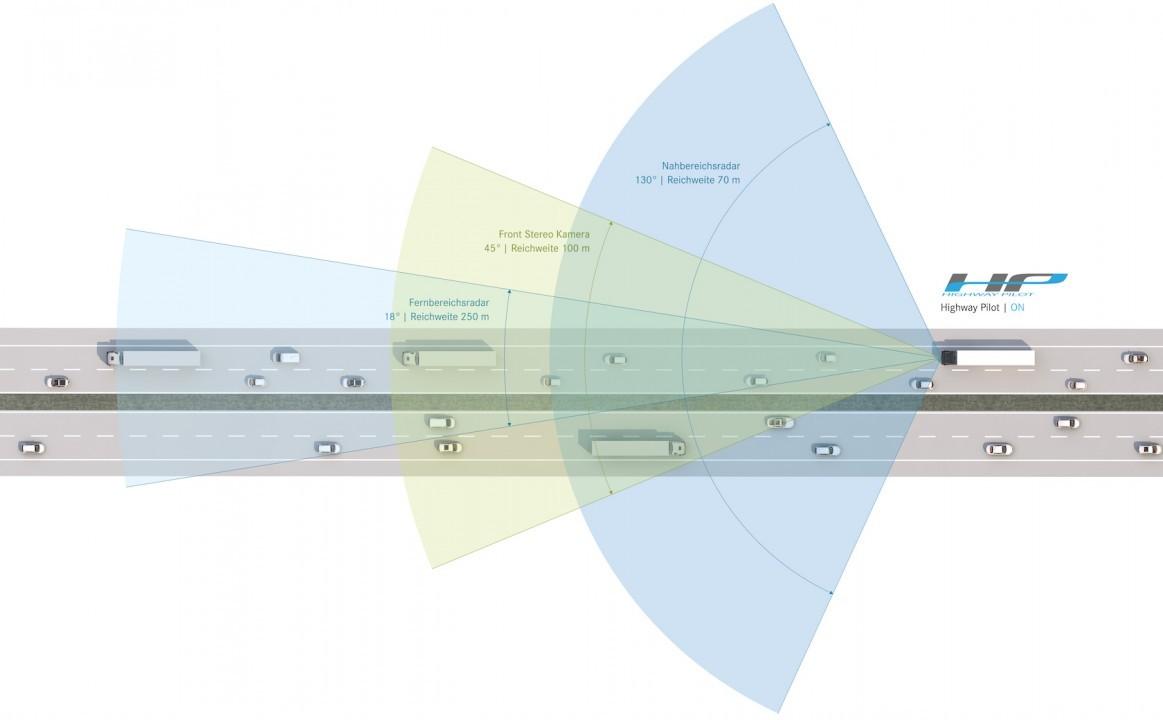 What’s special is the license the German authorities have granted to undertake testing on public roads. The first trial – complete with Daimler’s board member in charge of trucks and buses in the driving seat – took place on the German highway A8, between Denkendorf and Stuttgart airport.

Rather than a fully-autonomous system that would navigate entirely on its own, Daimler envisages a combination of human and computer piloting. The self-driving portion would take over in stop-start traffic as well as during monotonous highway stretches, where a lapse in concentration can easily lead to other vehicles getting rear-ended. 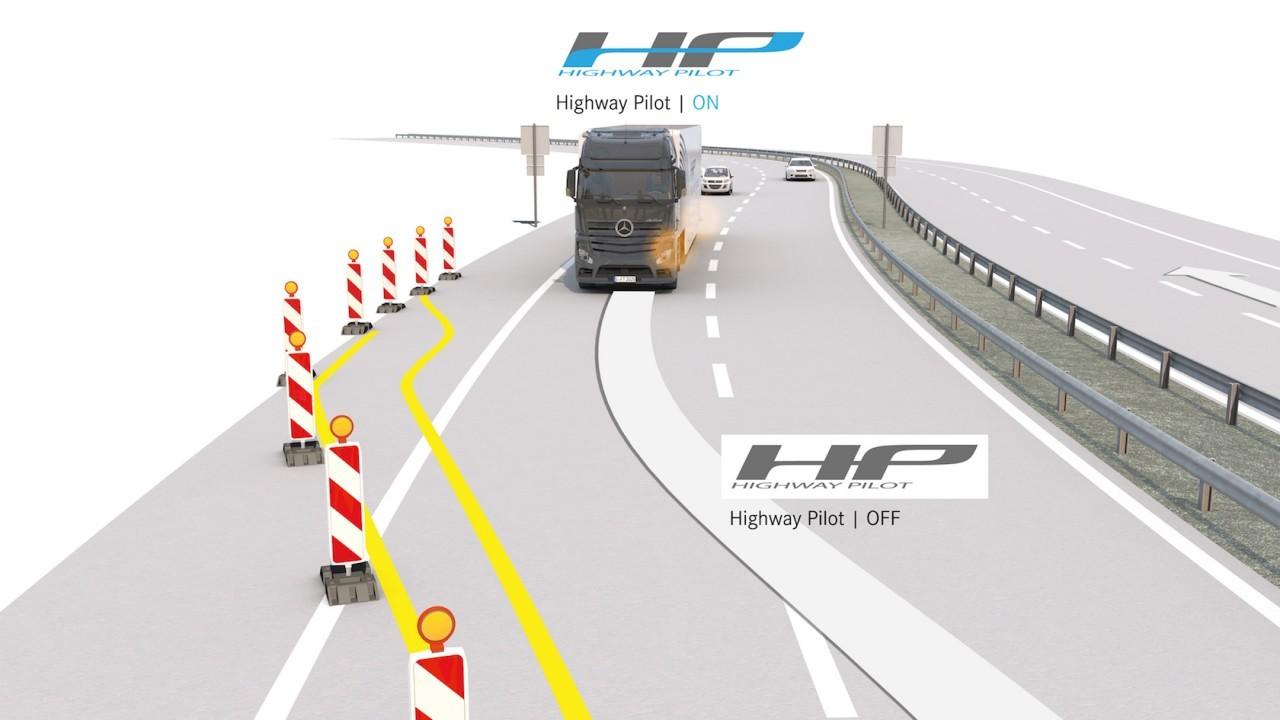 So, switching “Highway Pilot On” when the truck is in the right-hand lane sees the Actros stay between the lines as well as keep an optimum distance from the vehicle in front; it can brake to maintain that distance, or if a car cuts in.

If they don’t, the truck can automatically bring itself to a halt. 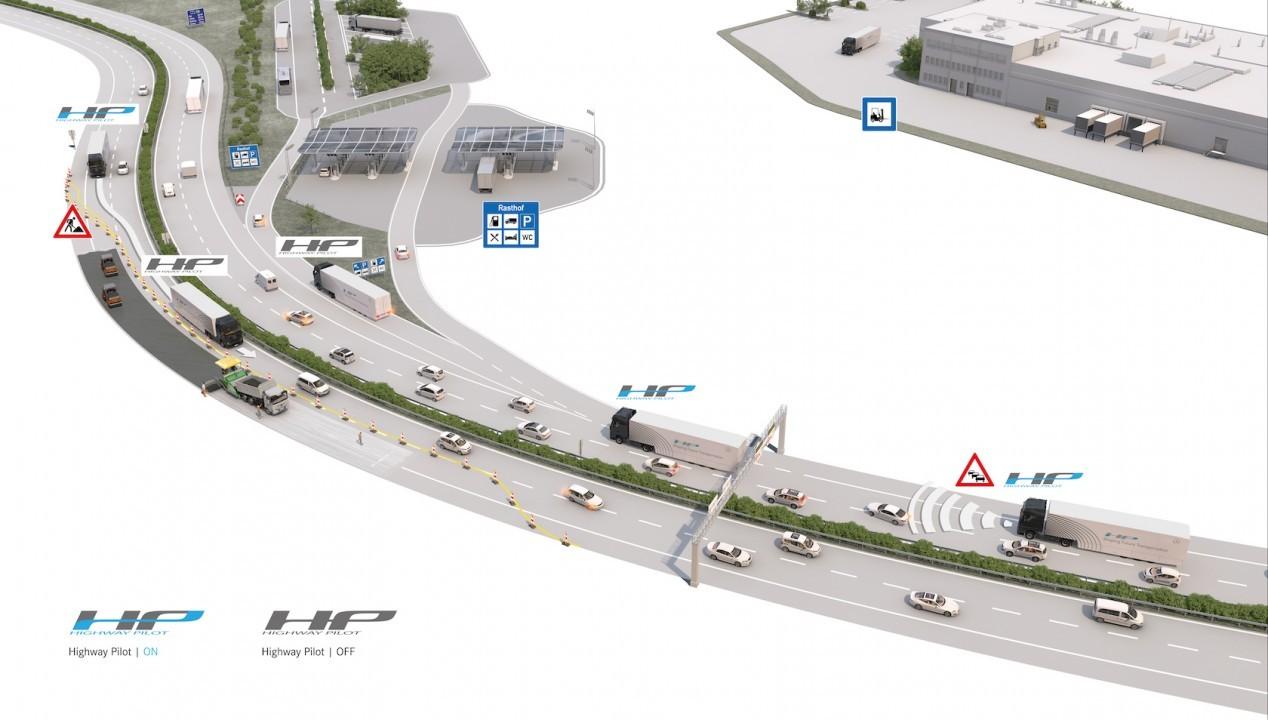 It’s not just a smarter cruise control, however. Daimler has also built in vehicle-to-vehicle communications, envisaging a time when a fleet of autonomous trucks could chatter between themselves and share road information.

That way, the truck could slow down if it knows from other vehicles that there is congestion further along the route, even if that section of the road isn’t yet visible to the various radar and stereo cameras.

The goal isn’t just less cognitive load on the driver – though Daimler says that their research suggests driver attention rate is around 25-percent higher, compared to when driving a conventional Actros truck – but more efficient haulage.

Smoother driving patterns based on prescient knowledge of the road ahead could save gas, for instance, not to mention cutting emissions. 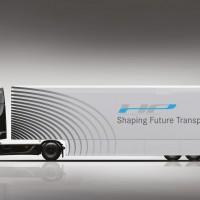 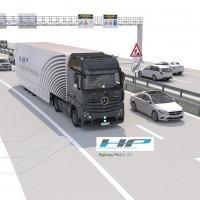 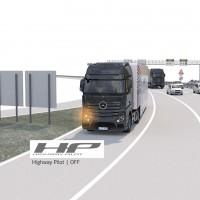 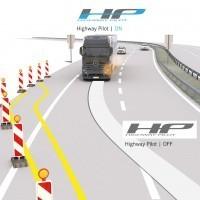 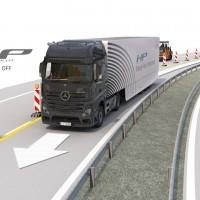 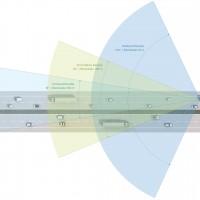 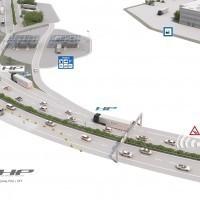 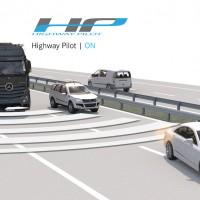