The smartphone may be the remote control for your smart home, but there are times when a simple button makes a lot of sense. August‘s Smart Keypad has eleven of them, a $79 add-on to the company’s Smart Lock that allows you to unlock the door with a PIN code as well as grant access to visitors who might not have an iPhone or Android device.

Installation can be as swift as a couple of minutes, and needn’t involve any tools as long as you’re happy using the included adhesive strip. August does put a couple of screws and anchors in the box, but I went the non-destructive route, stuck the back plate onto the door frame, and then snapped the front panel into place. 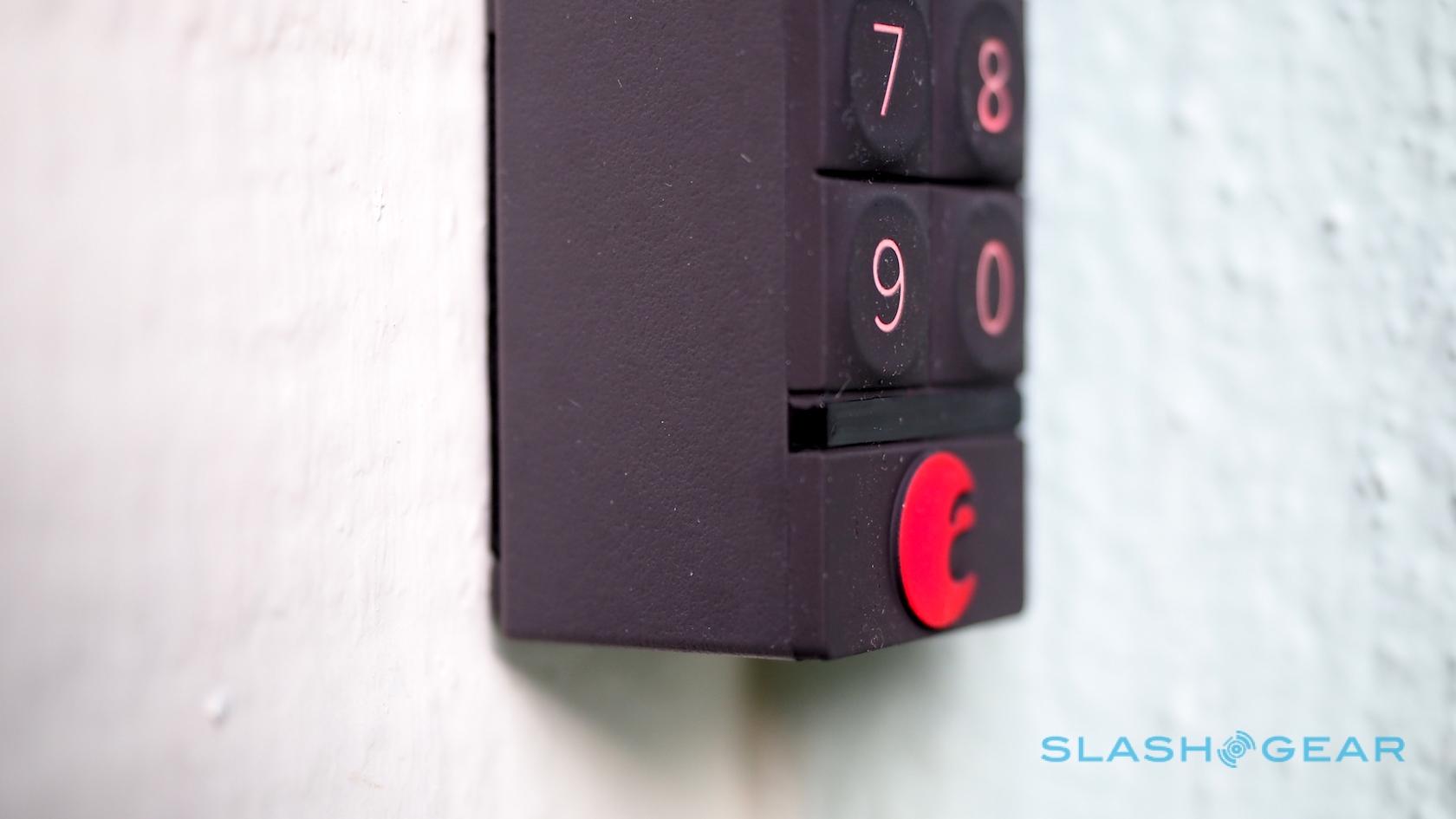 Once it’s there, you can pair the Smart Keypad with your Smart Lock through August’s app.

Setting codes requires being within Bluetooth range of the keypad – August tells me there’s an update planned in the next 90 days which will support remote programming, as long as you have either August Connect or an August Doorbell Cam set up as a bridge – and up to 240 can be active at any one time. 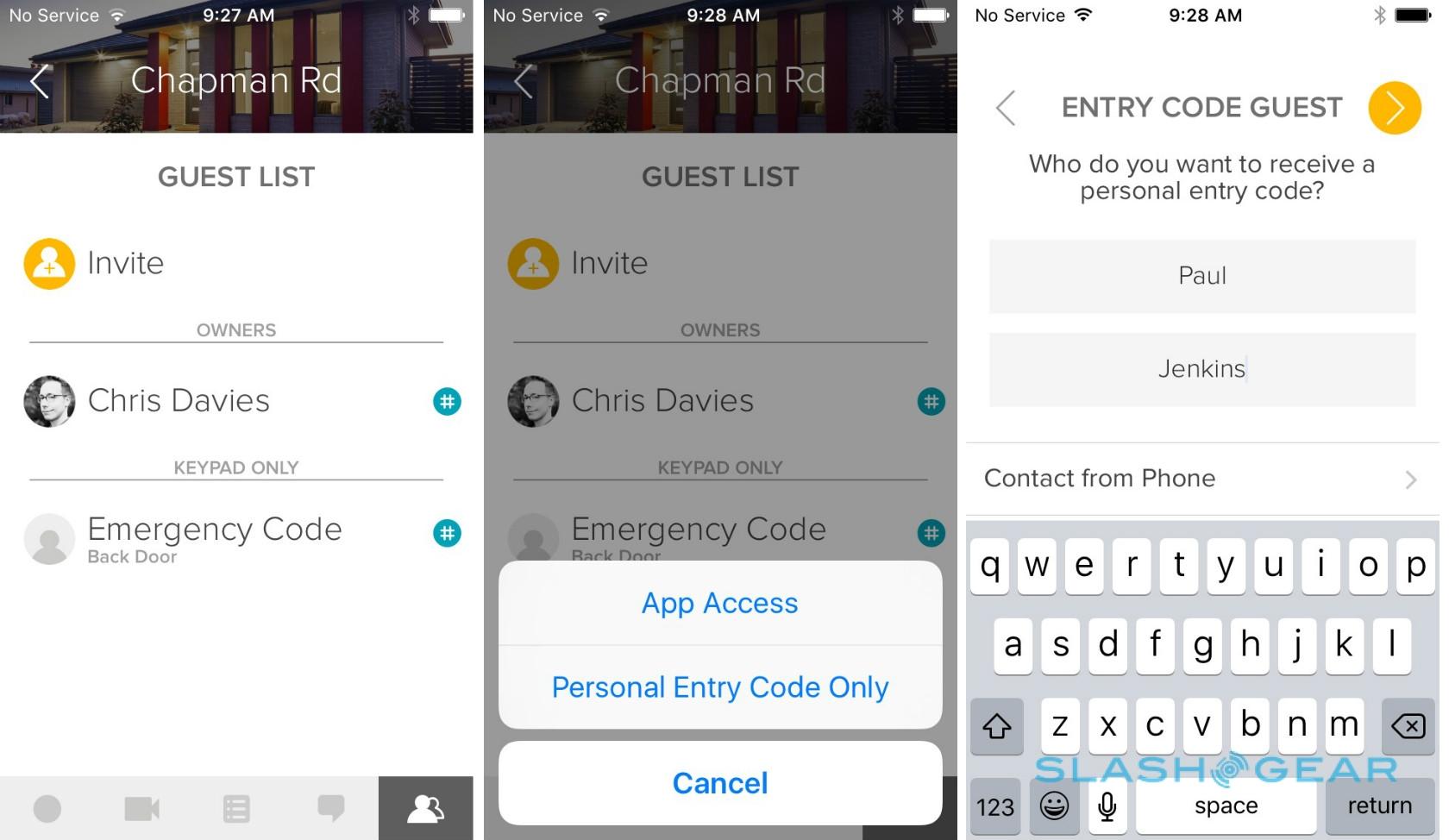 The app can generate a random code itself for each new user, or you can choose your own 4-6 digit PIN. If the guest doesn’t have a smartphone, or doesn’t have the August app installed and a guest account set up, you can send them their PIN via a text message.

As you’d expect, actually using the Smart Keypad is as easy as punching in a number and hitting the unlock button at the bottom. After seven failed attempts, it’ll automatically disable itself for five minutes; you can optionally disable it altogether through the app, though you’ll need to be within Bluetooth range. 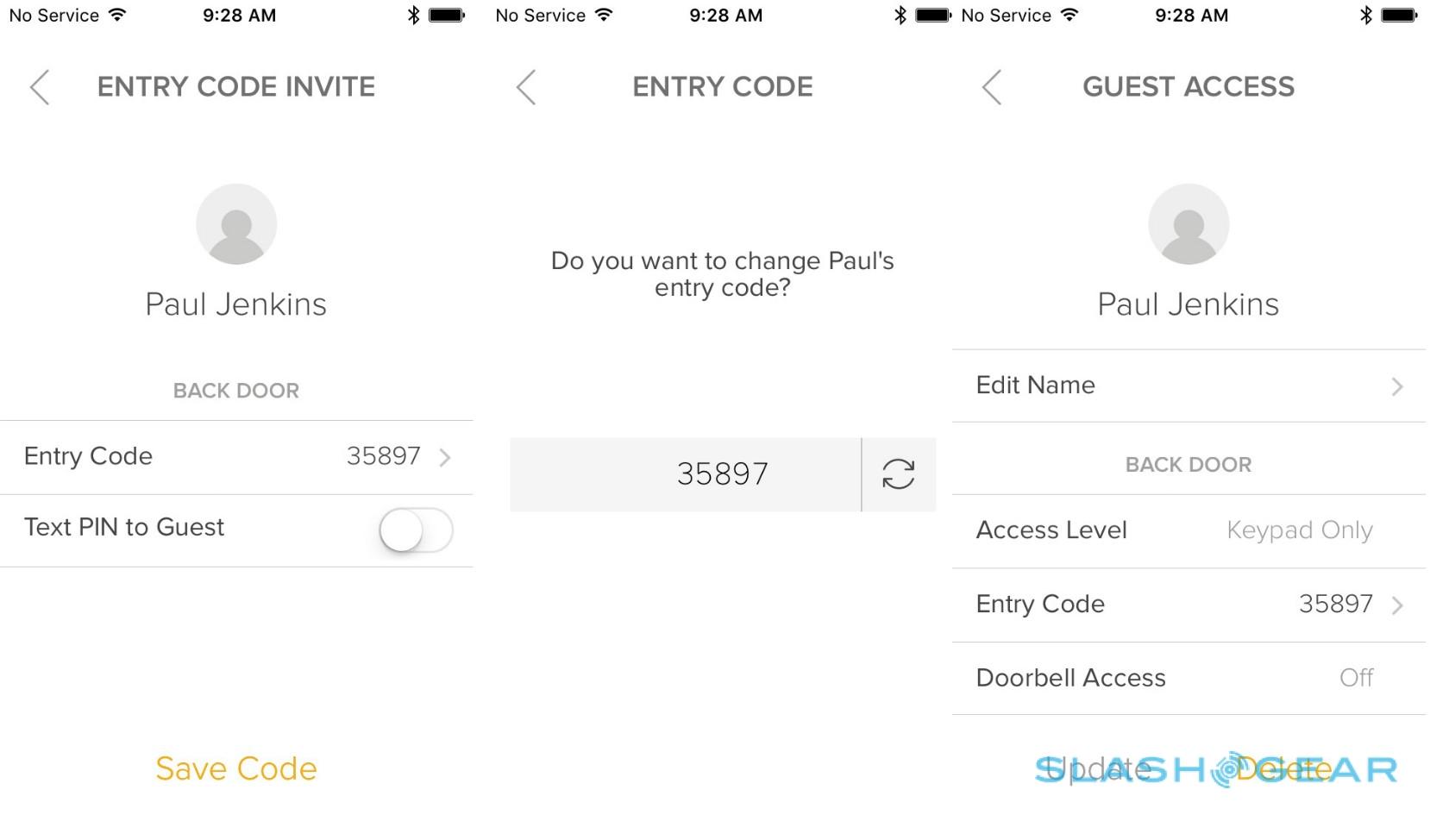 Once you’re done, you can hit the unlock button again and the Smart Lock will close. Unfortunately, you only get an activity log of when the Smart Keypad was used, which code was entered, and whether there were any failed attempts if you have August’s second-generation lock, with HomeKit support.

In the pipeline over the next three months are support getting a push notification when the Smart Keypad’s battery is running low, together with a power saving mode that turns the backlight off until a button is actually pressed. 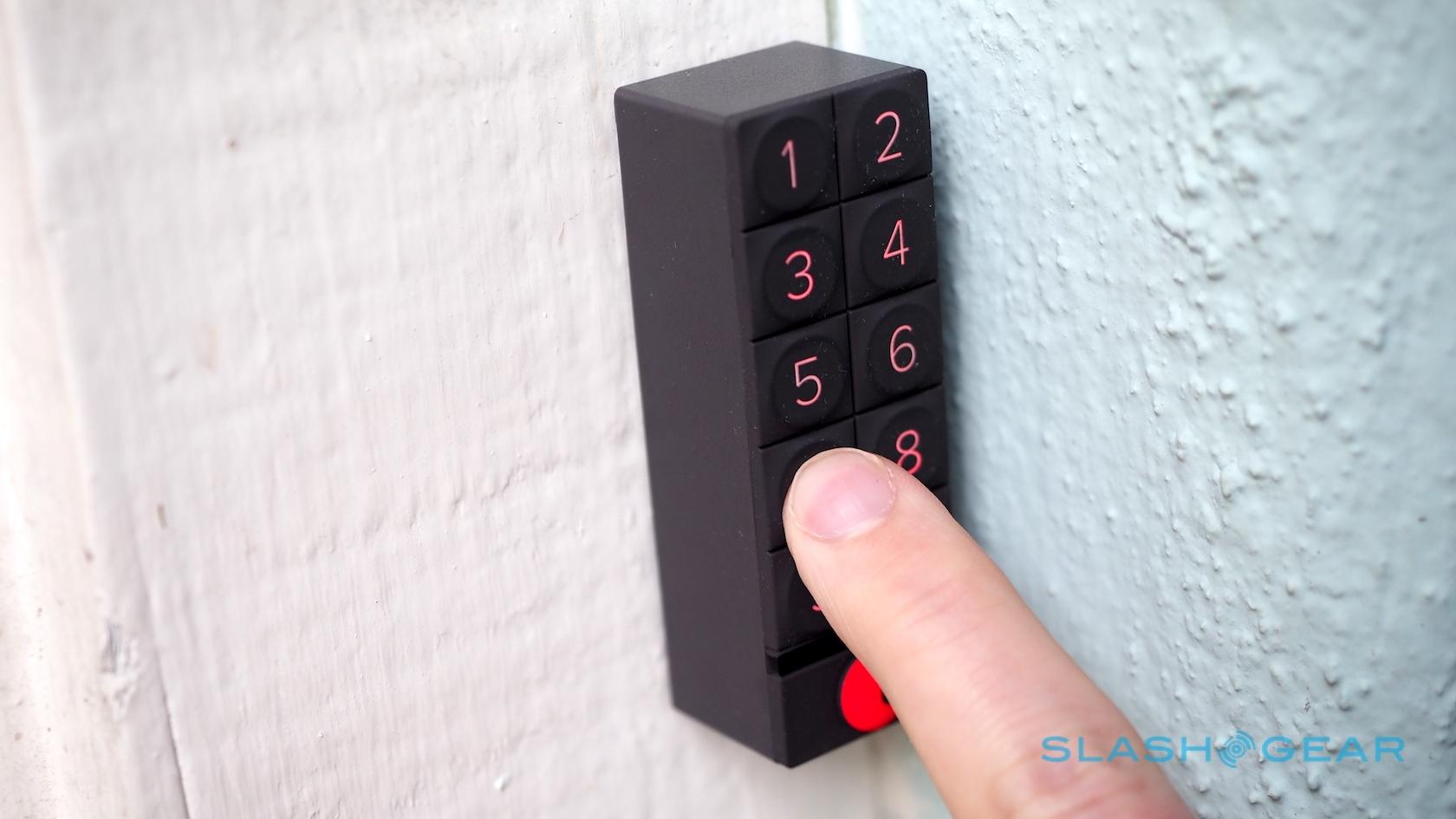 I set the Smart Keypad up with a Smart Lock on the back door, which turned out to be a good thing when, a few days later, I found myself locked out of the front door. It’s also proved useful when doing chores in the garden: a time when I don’t necessarily want to carry my phone, or fumble with a key.

For guest access, meanwhile, the Smart Keypad does the basics well, though I’d not argue with some extra control. Right now guests either have access or they don’t; I’d like to be able to set a schedule of when their PIN will unlock the door and when it won’t. 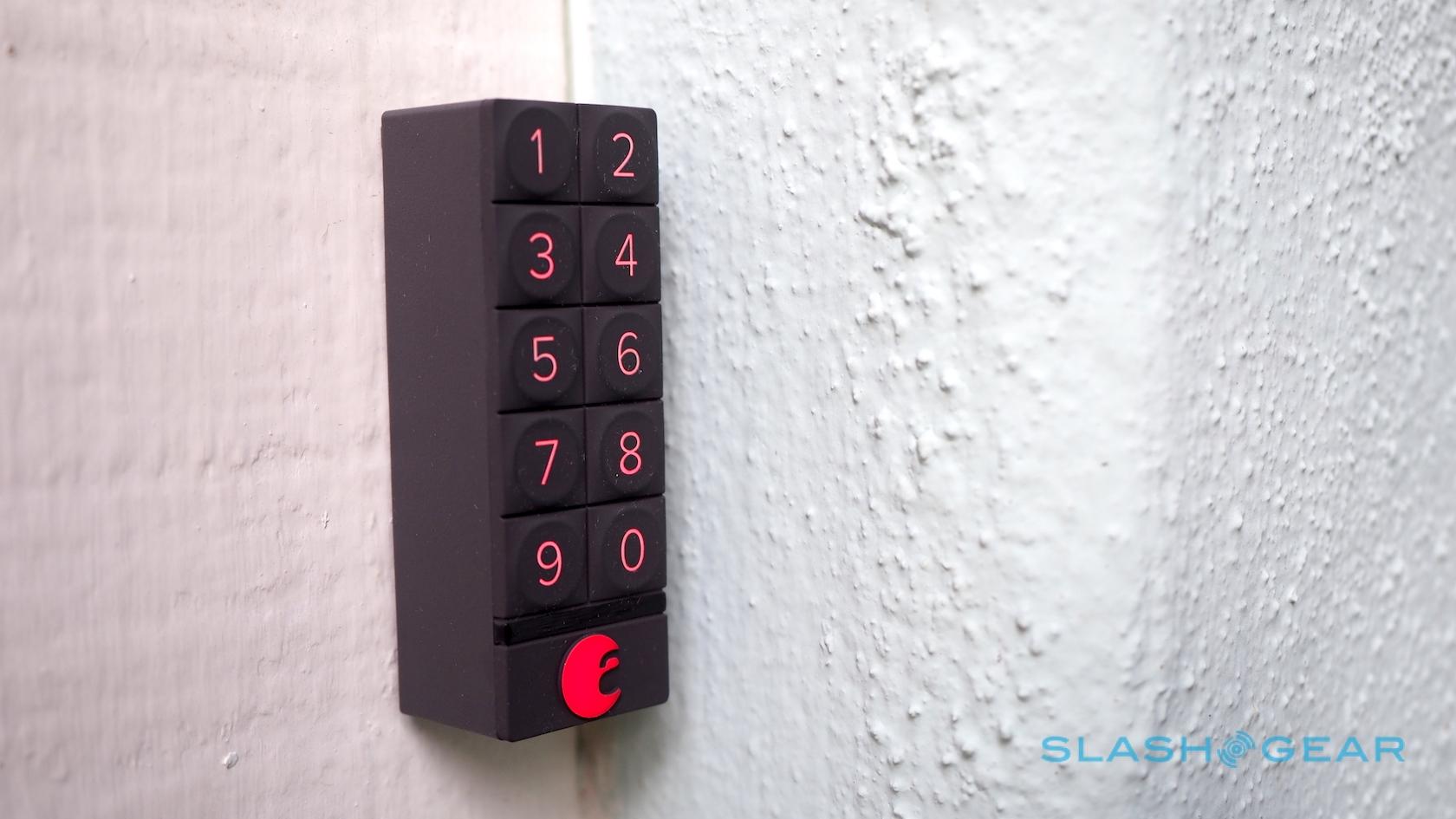 Similarly, the ability to have a code auto-expire on a set date would be useful. That way, even if you forget to delete the guest account for your maintenance person, he or she will automatically be locked out of the system at a certain time.

Those are all things August could easily add in via software updates; the hardware itself is simple and solid.

At $79, it’s not the cheapest addition you can make to your smart home – after all, you need a $199 Smart Lock first – but I’d argue it’s more useful than a video doorbell, and it certainly saved my bacon at least once during my review