August and Yale smart locks are adding an extra, optional layer of security, tapping the biometric sensors included in most iPhone and Android devices. The new update taps smartphones’ fingerprint and facial-recognition systems, requiring biometric verification before WiFi-enabled smart locks can be remotely unlocked or locked.

Currently, if you have access to the August or Yale apps for smartphones, you can unlock or lock the doors those any WiFi-connected smart locks are fitted to. That’s great if you want to remotely open the house up for an early guest, but less so if someone has your phone and uses it to unlock your house with more nefarious intentions in mind.

With the optional biometric feature, even if your phone is unlocked at the time, you’ll need to authenticate again before you can remotely unlock or lock. “Secure Remote Access” will work with any operations done via WiFi or mobile data, though not Bluetooth. As such, it’ll require either an August WiFi Smart Lock – such as the model the company launched earlier this year – or a Connect WiFi Bridge be used. 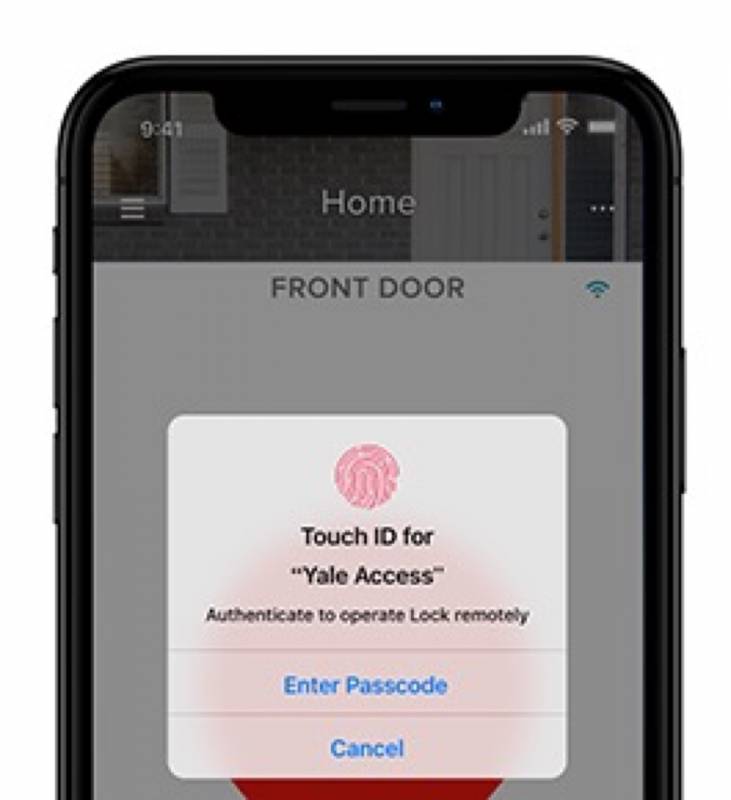 Although increasingly common, not all smartphones have biometric security – or users might not have enabled it. In that case, the August and Yale apps will prompt for a regular PIN instead.

The system will be optional, and opt-in. Even with it turned on, meanwhile, you’ll still be able to see the current lock status without having to go through the authentication step. There’s also a new “Hide Entry Codes” feature which puts access to the keypad entry codes you might have set up – if your lock has an integrated or separate numeric keypad – behind a biometric or PIN security layer, too. Again, it’s being added on an opt-in basis.

Both new features are being added to the iOS and Android versions of the August and Yale Access apps from today. Though those who keep their smartphones locked down all the time might not need the extra step, if you’ve taken advantage of being home more often to disable the passcode or biometric security on your device for the sake of speed, having an extra layer of protection for something like door locks may well be worth taking the time to switch on.