Audi has taken the wraps off its vision of the perfect electric SUV, the Audi e-tron quattro concept, delivering more than 310 miles of range along with autonomous driving. Shown off for the first time at the Frankfurt Motor Show today, the concept previews Audi’s production luxury electric SUV currently pencilled in for early 2018, with a slippery but meaty design and a trio of motors.

It’s clearly an Audi from the outside, but the 16ft length and 6.3ft width are offset by the 5.1ft height, leaving the e-tron quattro concept looking low and chunky. Electrically-actuated aero elements on the hood, the flanks, and on the rear help control the flow of air, adding up to a mere 0.25 coefficient of drag. 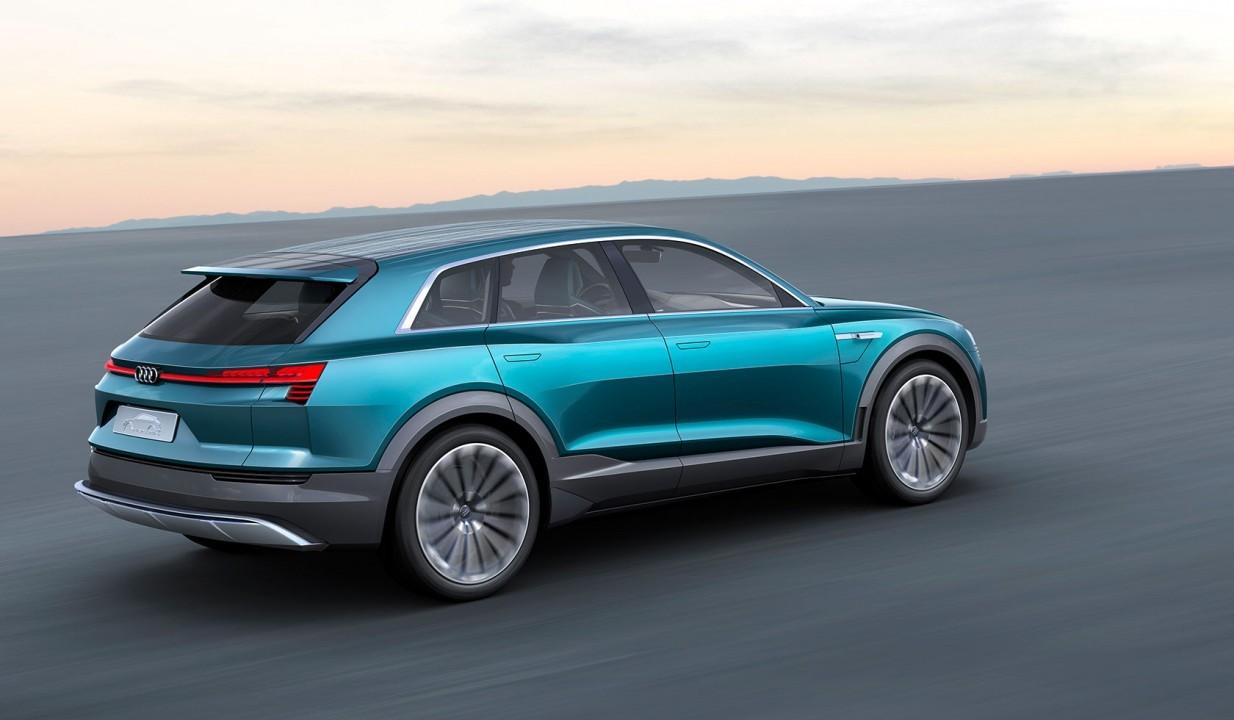 That, Audi points out, is a record for the SUV segment, where figures in excess of 0.30 cd are more typical.

The lighting uses Matrix lasers, combined with LED and OLED elements, the latter being shown for the first time at the Frankfurt show, but headed to production according to Audi. 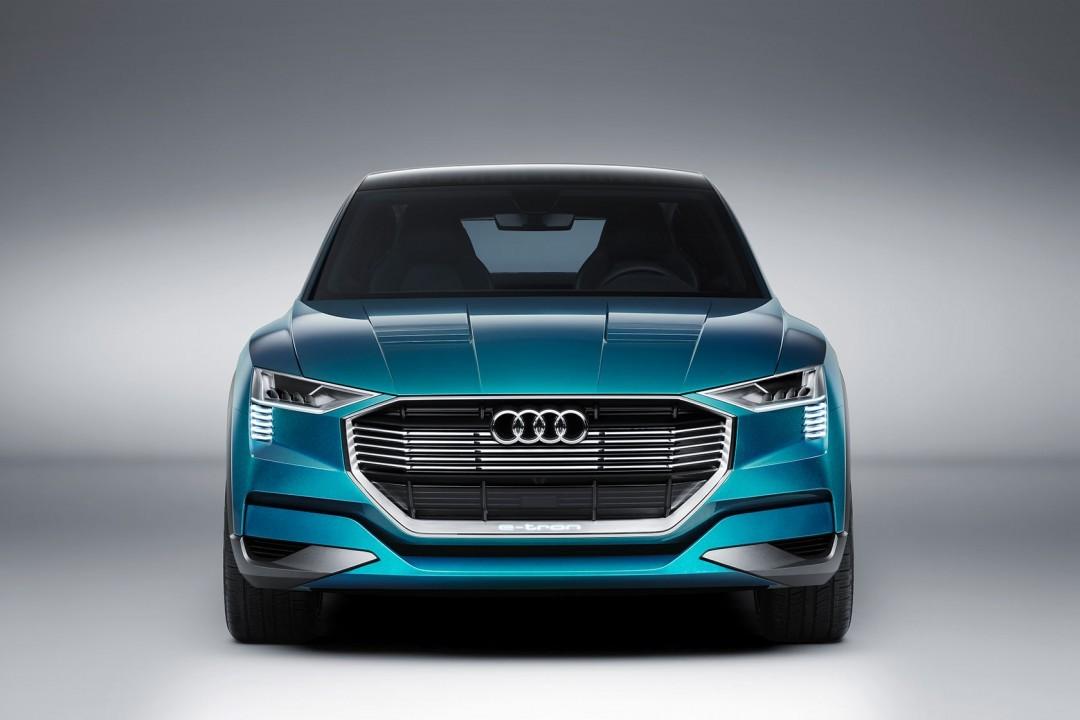 Inside, there’s seating for four and up to 21.7 cu ft of their luggage. Surrounding them is an updated version of the Virtual Cockpit already in production cars, with various unusually-shaped OLED displays scattered across the dashboard.

Around the digital instruments, for instance, are glass touch displays for controlling the piloted driving, multimedia, and navigation, while more touch panels are wrapped around the spokes of the steering wheel. 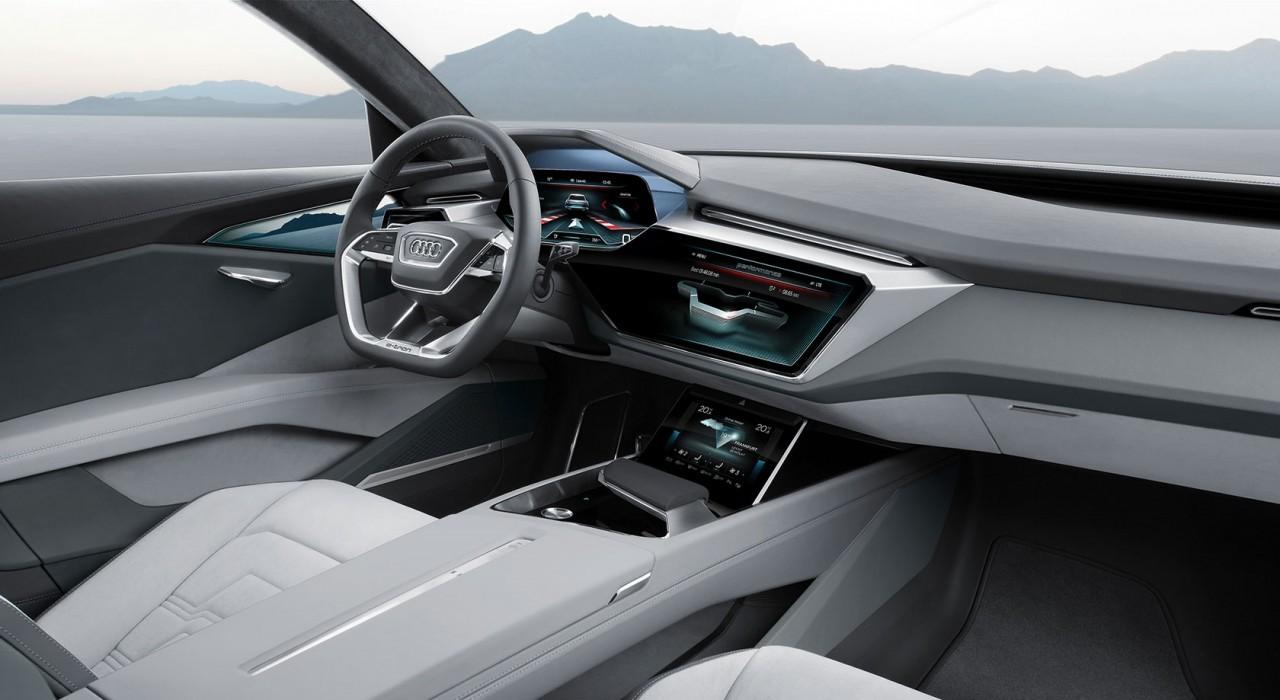 Two more OLEDs are on the center tunnel, while the doors have curved screens that replace external mirrors. In the rear, passengers get their own OLED screens to control the AC and choose what they want to watch on the LTE-streaming media system.

Of course, the real magic is in the powertrain. Audi has equipped the e-tron quattro concept with three motors in all, one at the front axel and two at the rear; altogether, they’re good for 496 HP and 590 lb-ft of torque in boost mode. 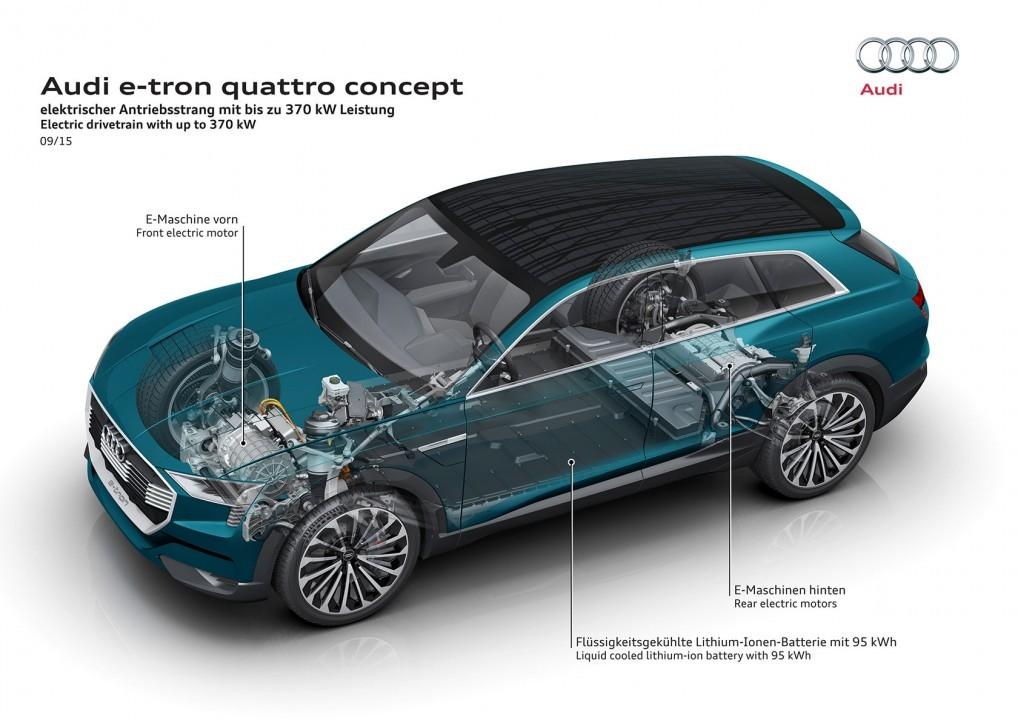 0-62 mph comes in 4.6 seconds, and the top speed is limited to 130.5 mph. The SUV automatically adjusts which rear wheel gets the torque according to grip and stability, while there are various degrees of driver-selectable power recuperation during braking.

Audi has slung the 95 kWh battery under the passenger compartment, keeping the center of gravity low, and paired it with a Combined Charging System (CCS) that’s happy with either DC or AC current. Supply the concept with 150 kW of DC power, for instance, and a full charge can be completed in around 50 minutes, the company claims. 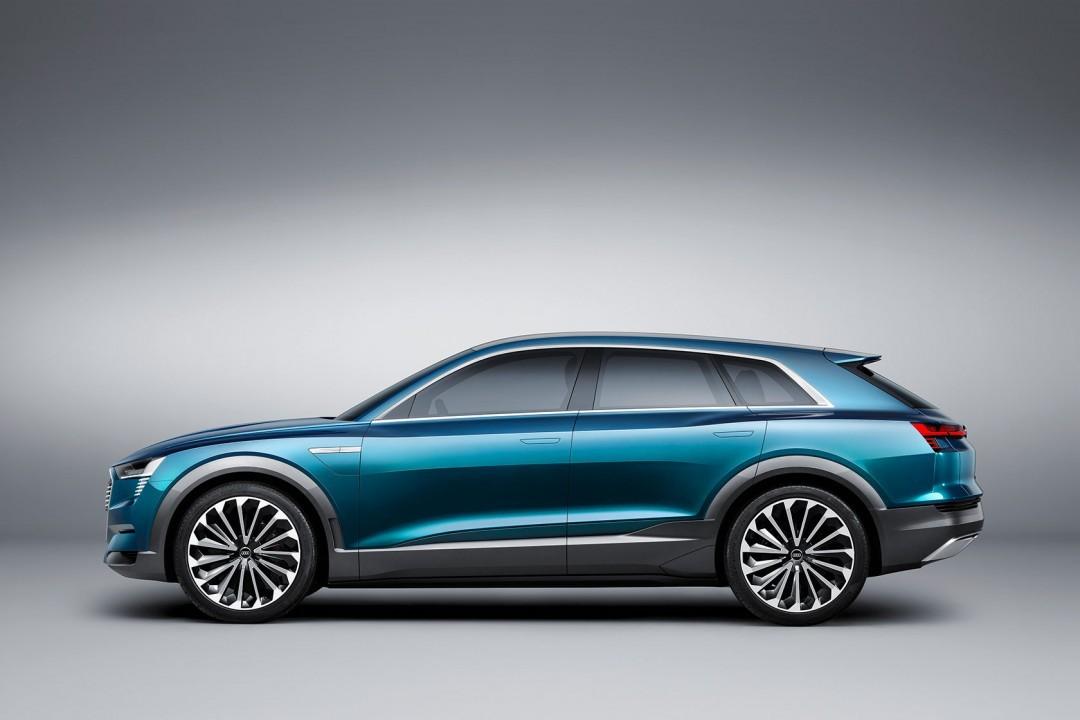 However, if plugging in a cable is too much for you, Audi Wireless Charging is also included, using contactless induction charging and a low-speed autonomous driving system that navigates the SUV on top of the inductive plate. Finally there’s a solar panel on the roof.

All-wheel steering, air suspension, and a combination of radar, video, ultrasonic sensors, and a laser scanner – which feed into what Audi calls the “central driver assistance controller” (zFAS) in the trunk, and which will eventually be used for piloted driving – round out the key tech. 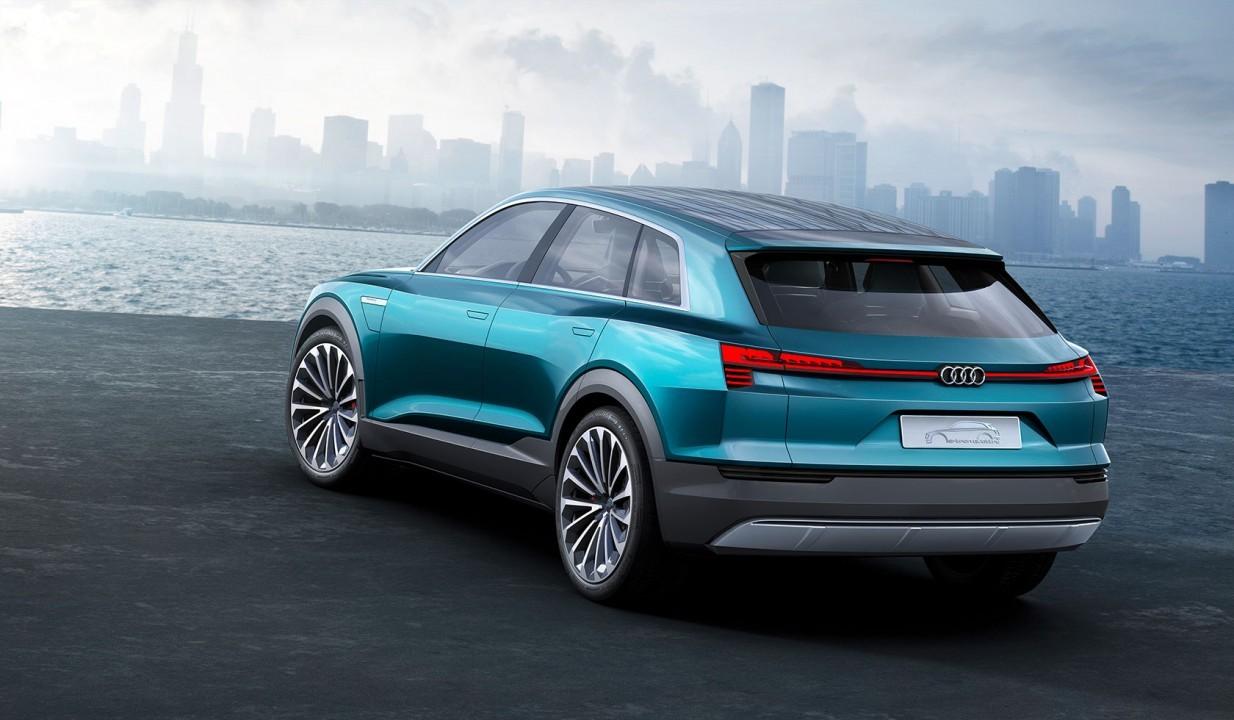 Of course, the e-tron quattro concept won’t make it to dealerships in quite this form – expect the interior to be significantly more mainstream, for instance – but as EV drivetrains go this one is shaping up to be very interesting, and could cause some consternation over at Tesla’s Model X lab.