Previous versions of the Audi S6 and S7 were powered by a 450-horsepower turbocharged V8. For the 2020 S6 and S7, Audi went the downsizing route and gave both vehicles a smaller yet equally potent twin-turbocharged 2.9-liter V6 engine. Producing 444-horsepower and more torque than the V8, something is afoot.

Apparently, Audi’s new twin-turbo V6 is also equipped with a 48-volt mild-hybrid system along with an electric supercharger. The latter is important since the compressor allows the twin blowers to quickly build turbo boost pressure while virtually eliminating turbo lag.

But how does it work? Audi’s newest press release has shed some light on its Electric-Powered Compressor (EPC). The blower is fed by a small 9.6 Ah lithium-ion battery pack, which recuperates energy from coasting and braking. It feeds electrical power to the EPC at lower engine speeds to quickly increase the boost pressure. 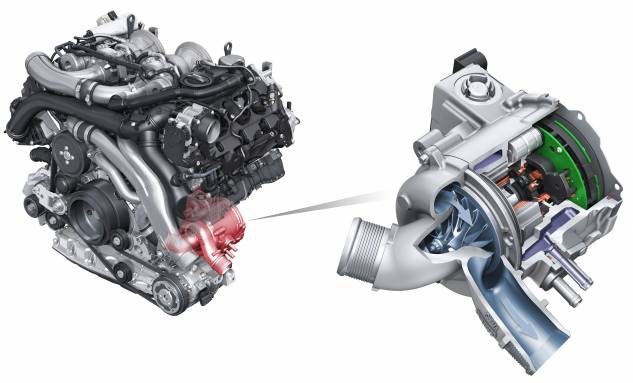 This means the engine is more responsive and can dump gobs of low-end torque from the get-go. It also enables the V6 motor to churn out 443 pound-feet of torque – up to 37 more torques than the previous V8 engine. According to Audi, the V6 has similar response characteristics to the larger turbocharged 4.0-liter TFSI V8 in the luscious RS6 Avant and RS7 Sportback.

More than that, the smaller engine in the 2020 Audi S6 and S7 are 22-percent more fuel-efficient than the V8. But still, there’s no replacement for displacement, or so they say. We still love the V8 engine in the mesmerizing RS6 Avant and RS7 Sportback, but it’s hard not to be impressed by the clever EPC system in Audi’s new turbocharged V6. 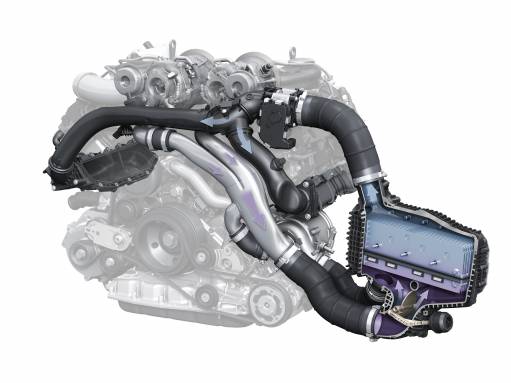 The compressor is bolted downstream of the turbochargers and upstream of the air-to-water intercooler. In effect, it pushes cooler air through the motor’s twin throttle-bodies and into the cylinders with more force than intended. This allows the motor to deliver the agile response of a naturally-aspirated motor and the torque-rich sensation of a boosted mill.

And since the EPC is electrically-operated, it reacts instantly in less than 250 milliseconds to provide ample boost. It also weighs just 22 pounds (10 kg). The EPC is always operating even when the engine is idling and is ready to spin with a slight dip of the throttle pedal. At higher speeds, the EPC valve will close to allow the twin-turbochargers to do their thing. But as you slow down again, the valve opens up and allows the EPC to assist the twin blowers in churning out some delicious boost. 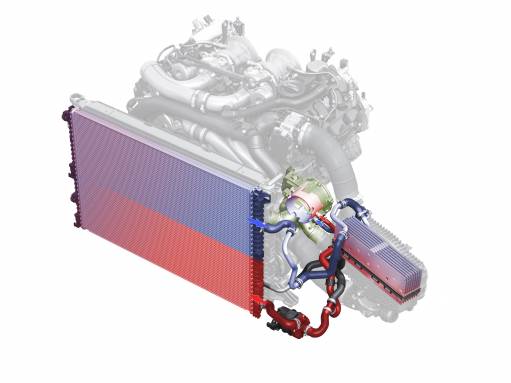 Audi has devised clever ways of utilizing its 48-volt mild-hybrid system. In the V8-powered RS6 Avant and RS7 Sportback, the MHEV is geared more towards efficiency by enabling the start-stop function of the motor. But in the 2020 Audi S6 and S7, hybridization is utilized in boosting engine output and responsiveness. And with that, we give it a huge thumbs up.