Audi, TOMS give TRAVELER sunglasses for Season of Audi purchases

Last June, car maker Audi and shoe and eyewear maker TOMS partnered to give out a free pair of shoes for every one who buys an Audi car during the Summer of Audi promotional season. Summer may be long over, but that isn’t stopping the two from making yet another exclusive marketing offer that is, at the same time, also charitable. During the “Season of Audi”, which starts this November and ends January next year, Audi will be giving out a pair of TRAVELER by TOMS sunglasses for each purchase.

These limited edition TOMS eyewear, which come in two styles of Dalston and Florentin, are coated in a matte grey finish. But rather than just a monotone appearance, the arms of the sunglasses have red and white detailing. And on the left temple arm, one will behold the distinctive Audi rings logo. The sunglasses also come with a custom fabric case to keep your eyewear safe and clean when not in use. 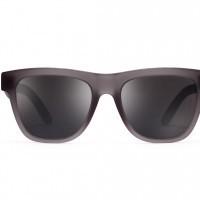 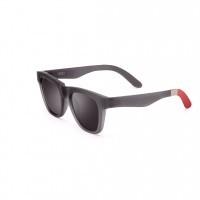 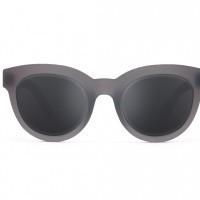 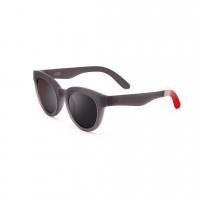 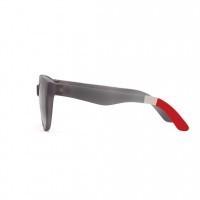 The special Audi-branded TRAVELER sunglasses will be offered to every one who buys an Audi car during the Season of Audi, which started last November 6 and will last until January 8, 2016. Both purchase and lease are covered, as long as they apply to new or certified pre-owned cars. That said, the sunglasses will only be available while supplies last.

More than just the free giveaway, however, the promo once again falls under TOMS’ One for One giving program. Last time, it was about putting shoes on people’s feet. This time around, it will be about giving back sight to those who have lost it. TOMS promises to help restore 50,000 individuals’ eyesight through medical treatment, surgery, or even just prescription glasses. So not only would you have bought a new Audi, you’d also have helped someone see again. And you get some fancy sunglasses to boot!