NVIDIA has brought the power of CUDA to mobile, further detailing how the NVIDIA Tegra K1 SoC will be brought to Audi to prove its name as the future of mobile processing – inside and outside of cars. In the NVIDIA Tegra K1 you’ve got processing power enough to roll with self-driving cars like the one Audi has driven out this week in addition to the versatility needed to land in tablets and other odd smart devices down the line. Just like the NVIDIA Tegra 4, K1 is ready for action far above the system-on-chip architecture of the past.

The Audi self-driving car shown off this week drove just a few feet onto stage at NVIDIA’s GPU Technology Conference this week, proving once again that NVIDIA’s aim has shifted. It’s time for the automotive mobile smart processing age to take hold, as it were, and the NVIDIA Tegra K1 seems to be the processor NVIDIA aims to leverage to do it. 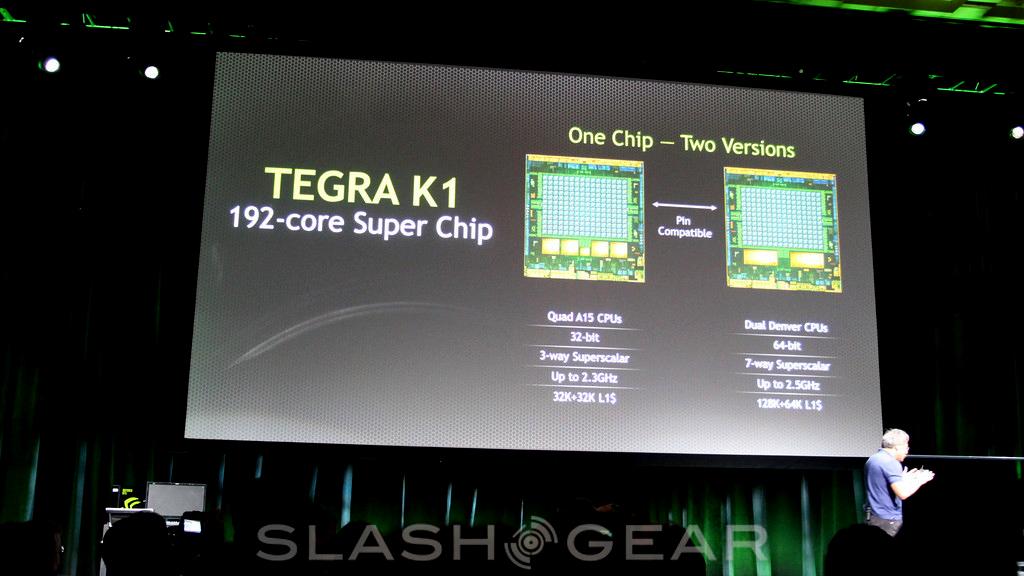 Inside this Audi vehicle is Audi’s own module based on Tegra K1. The original, base specifications for NVIDIA Tegra K1 include NVIDIA Kepler architecture for its GPU, including 192 NVIDIA CUDA cores. You’ll find NVIDIA 4-PLUS-1 quad-core CPU architecture inside with ARM Cortex-A15 “r3” ready to roll at a max clock speed of 2.3GHz. You’ll also find DDR3L and LPDDR3 memory along with a max memory size of 8 GB (with 40-bit address extension). 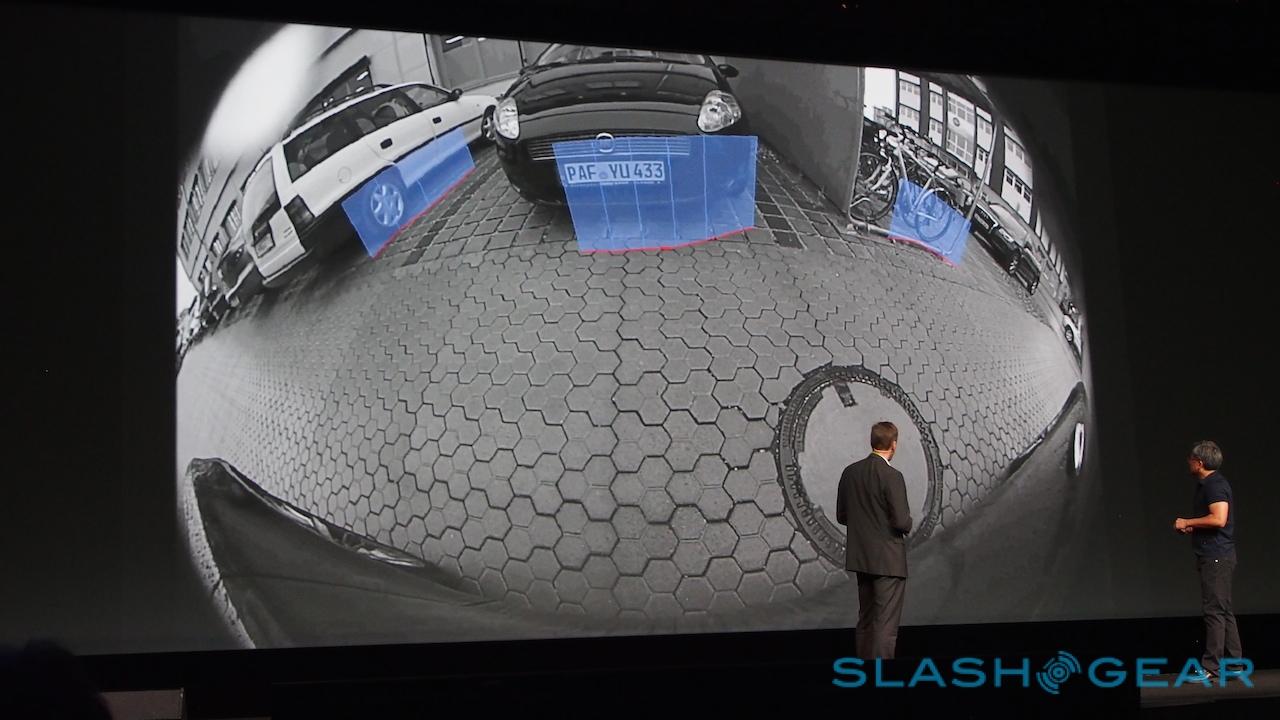 That’ll be put to good use in Audi’s self-driving car, which uses Tegra K1 technology to process the video coming from its various cameras in real-time. Unlike the company’s previous prototype, which required a trunk-full of processing power, the TK1-based version hides its “brain” in a small pocket at the side.

Meanwhile, it’s also easily upgraded, with the Tegra K1-based module designed to pull out and be switched for a new version should NVIDIA or Audi release a new version.

Audi isn’t saying exactly when the autonomous car might reach showrooms, but the company has said that it expects the technology to be ready for the road within 3-5 years. That won’t be for full self-driving, however; instead, Audi expects to offer “Piloted Driving” where, at speeds under 40mph, the car can take control and save drivers from the headache of congestion.

NOTE: This article originally mistakenly suggested the Audi self-driving car shown off by NVIDIA was working with NVIDIA Jetson TK1 – this was incorrect, as the vehicle is working with their own module, based on Tegra K1.