Audi AI:ME autonomous EV concept has VR and a surprise inside

CES wouldn’t be CES without a glittering autonomous car concept hitting the Las Vegas strip, and for 2020 it’s the turn of the Audi AI:ME to ditch the driver. Billed as the “third living space,” the self-piloted e-tron electric hatchback is a prototype of not only what the car of the future might look like, but the sort of things we may be doing inside when we’re not focused on actively driving.

It’s a theme that recurs fairly frequently in autonomous concepts. After all, the role of the driver has stayed effectively the same since the first car was invented (and pretty much before that, too, only with horses rather than mechanical horsepower). With an AI at the helm, though, vehicle occupants are going to need something else to occupy them. 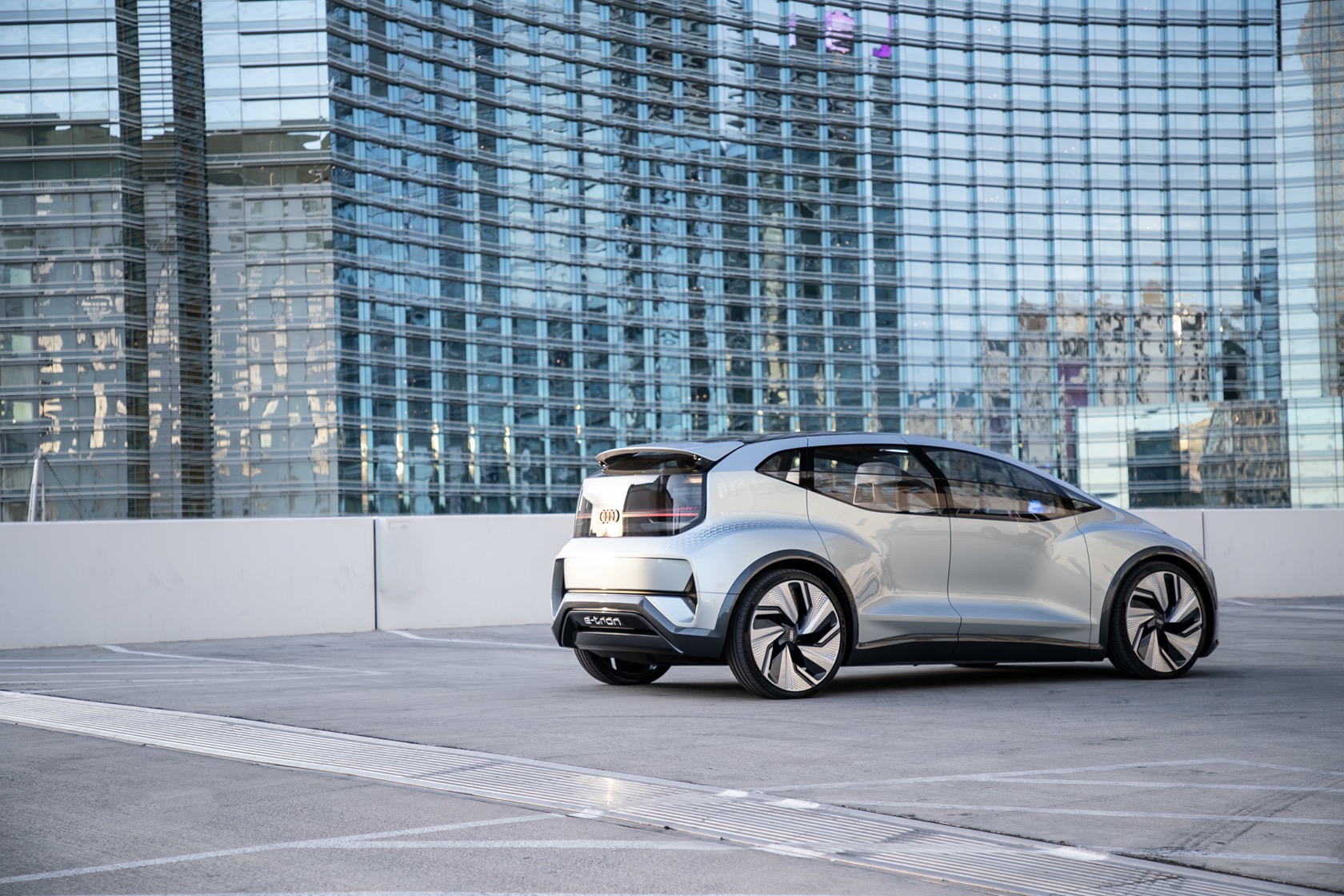 Audi’s vision of that is “the empathetic car,” which learns its user’s preferences and can intuit their possible needs and desires over time. Joining the earlier Audi AI family of concept vehicles – including the AI:CON, AI:RACE, and most recently the AI:TRAIL – the AI:ME implements what the automaker is calling Audi Intelligence. 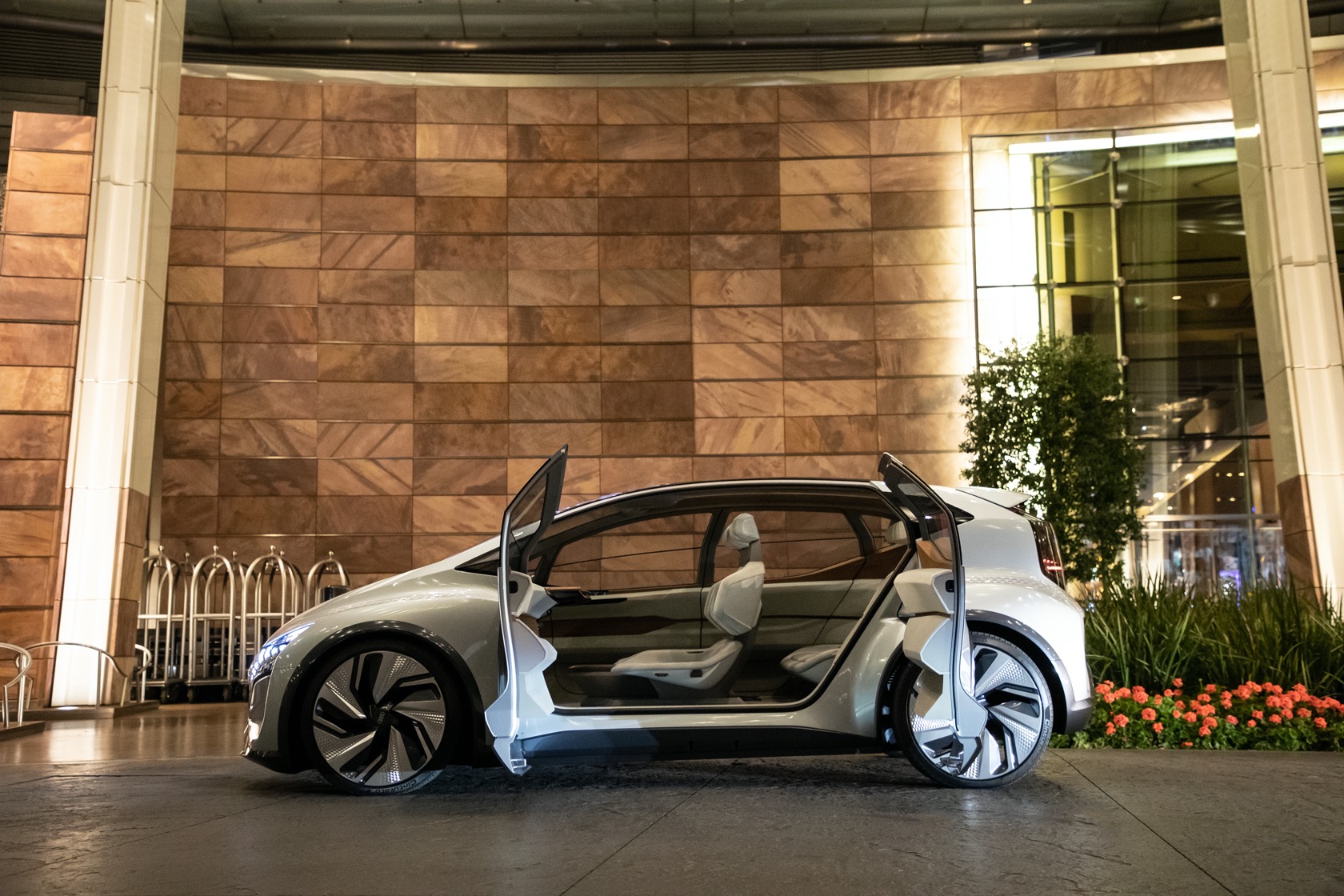 At its most basic, that can mean things like understanding the sort of temperature, interior lighting, and common routes a driver might prefer. Beyond that, though, a combination of autonomous driving and personalization can make each more effective. AI:ME could proactively suggest ordering food from a restaurant it has learned is your favorite, and since you don’t have to focus on the road you could spend your time choosing a meal through the widescreen dashboard display. 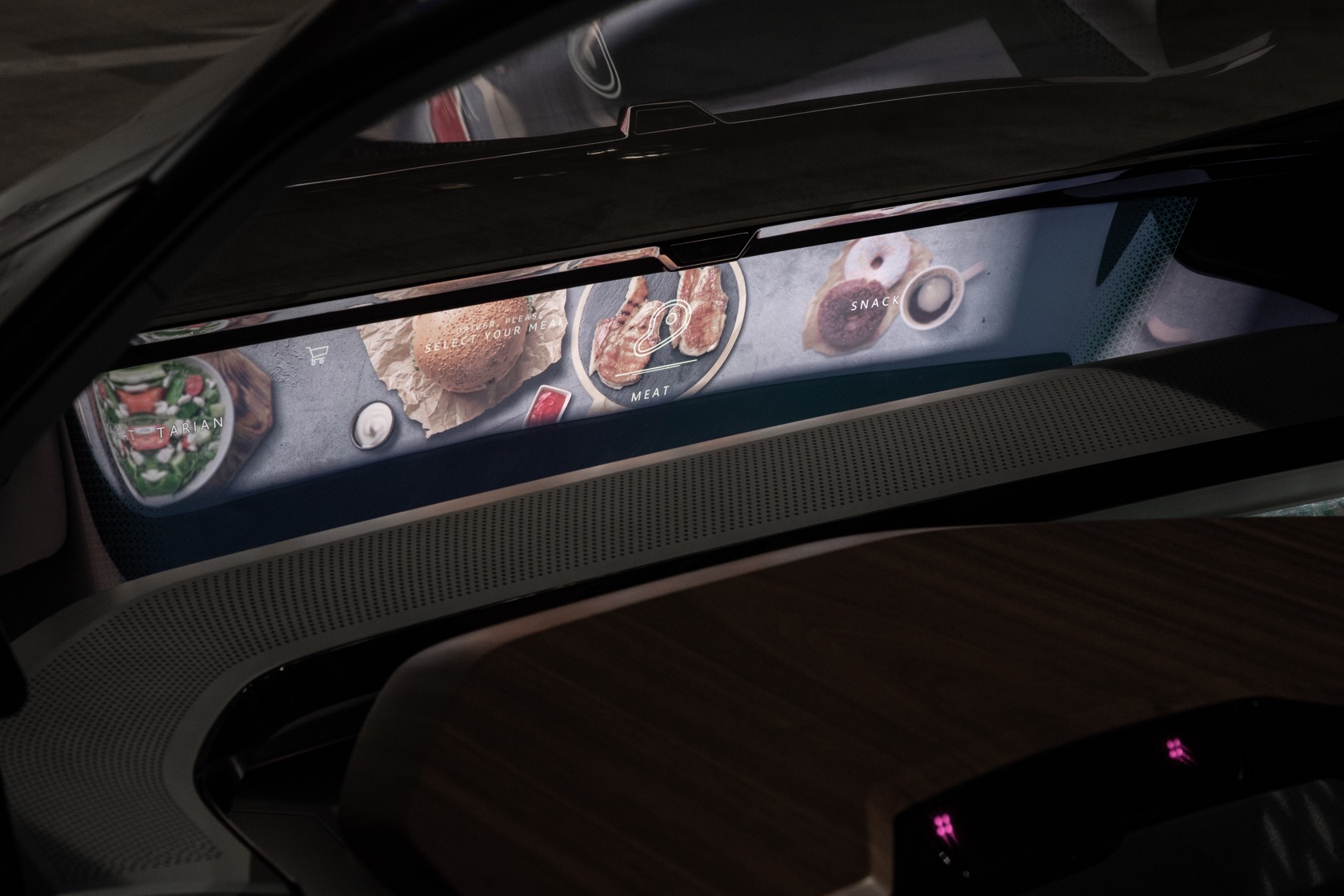 That display is one of a number of different interaction options Audi has installed. The broad OLED panel uses augmented reality to overlay suggestions for things like hotels and restaurants on top of the highlights outside. It’s controlled via eye-tracking: you can stare at a menu to select it, with two infrared cameras monitoring the eyes of the driver and front passenger, using the micro-movements of the muscles to figure out the exact line of vision. Touch-sensitive fields in the doors add to the control options. 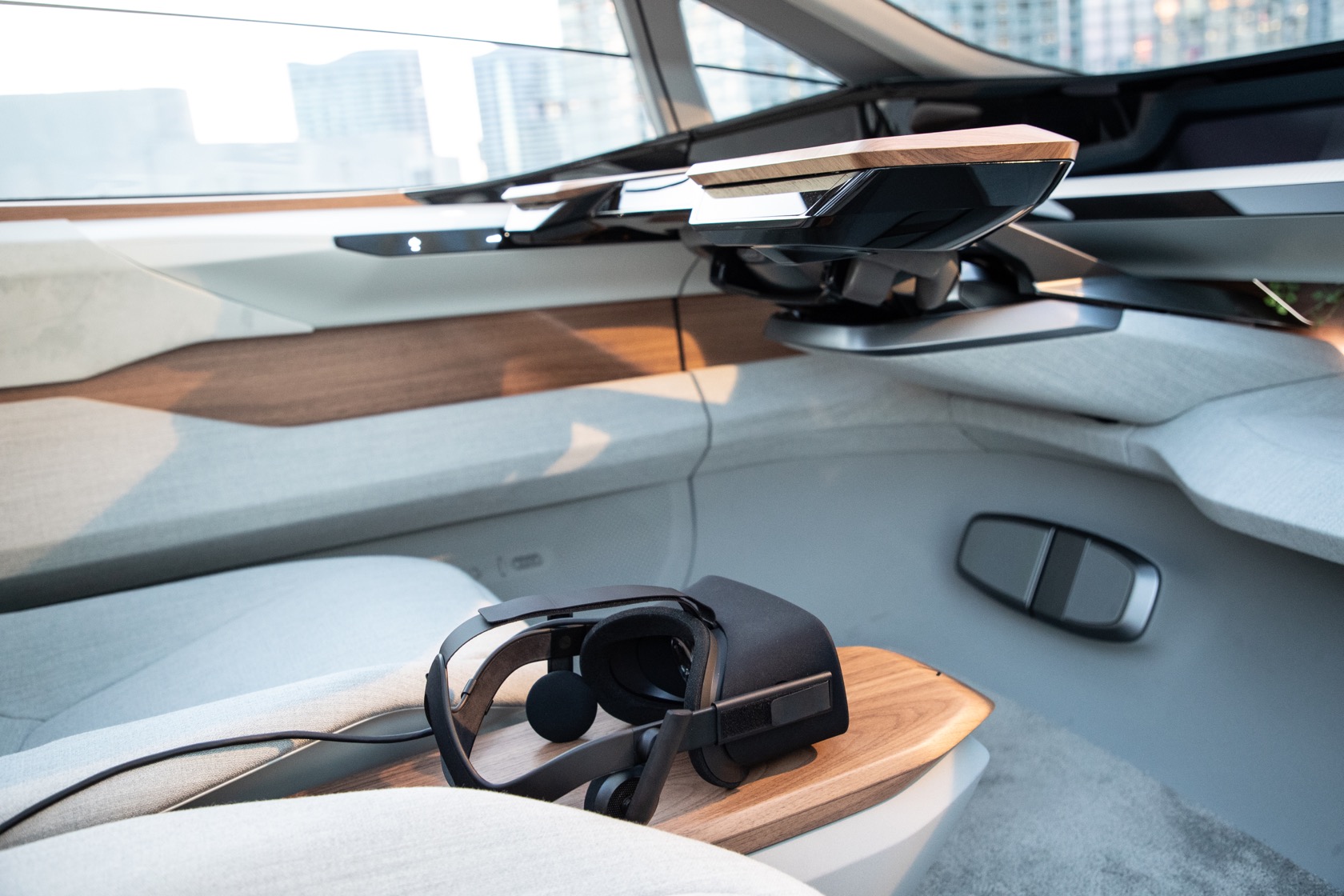 Two VR goggles, meanwhile, allow for a completely different experience compared to the view outside. As we saw with the Audi Holoride system last year, that can be mapped to the movement of the physical car in real-time, so that the sensations of driving aren’t jarring with what’s being seen in virtual reality. Rather than seeing a dreary highway commute, for example, you could be traveling down a virtual riverboat ride.

AI:ME – Styled for the future, sized for the city

While concept cars are often vast, attention-grabbing things, Audi’s AI:ME is the other extreme. The automaker has opted for a chunky hatchback, just 14 feet long and six feet wide, focusing on something maneuverable and convenient for urban environments. Internal space is maximized by pushing the wheels out to the furthest corners, adding up to a wheelbase over nine feet long. 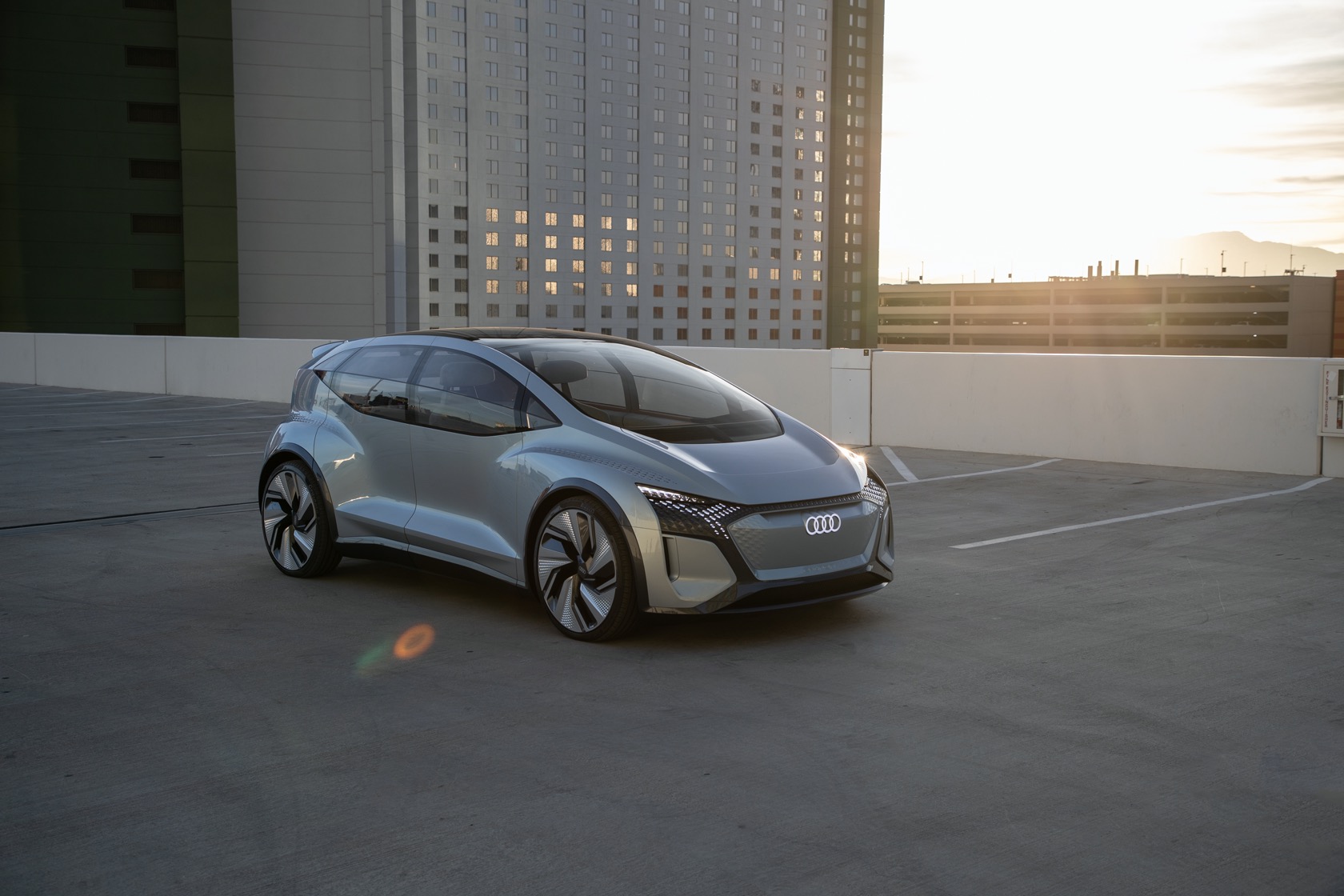 The front seats are where you want to be sitting, sizable thrones inspired by classic lounge chairs. A rear bench, curved around the shape of the back of the cabin, has space for two more passengers. Audi’s designers have turned to natural materials like wood, and domestic-styled designs like the filigree pergola roof, to double-down on the home-away-from-home aesthetic. 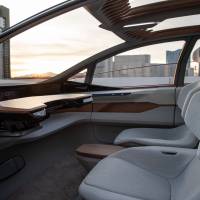 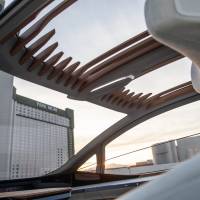 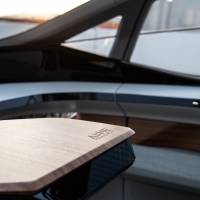 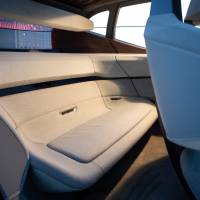 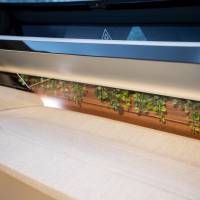 Of course, this is still a concept car, so there has to be some gadgetry and excess. The wheels are a hefty 23-inches in size, and Audi has used color-changing LEDs and micro matrix projectors to show warning symbols and information to those around the AI:ME. The steering wheel and pedals inside can retract automatically, when the car is placed into Level 4 autonomous driving mode.

As with any concept, there’s only so much that we’re going to see filter down to production vehicles. Audi isn’t giving any sort of timescale as to when we might see a car like the AI:ME in dealerships, but it seems fair to assume that it won’t be any time soon. 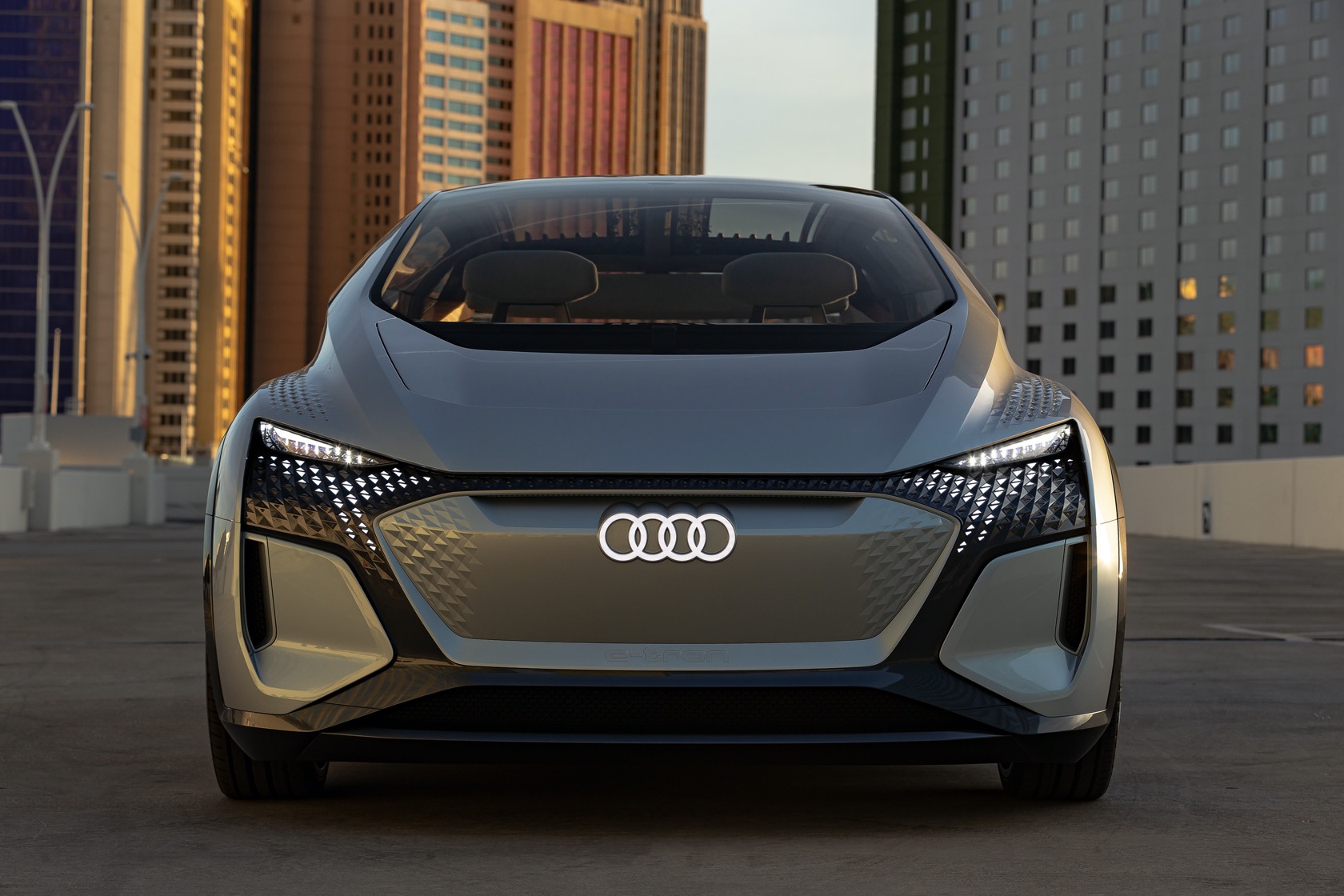 What we will get is a greater reliance on technology to smooth some of the traditional pain-points in modern vehicle ownership. From mid-2020, for example, Audi will synchronize individual driver profiles from the car to the cloud. Those profiles can already store up to 400 different parameters – from how the seats are adjusted to frequent destinations – and with cloud sync they’ll be able to load into any vehicle the driver uses. 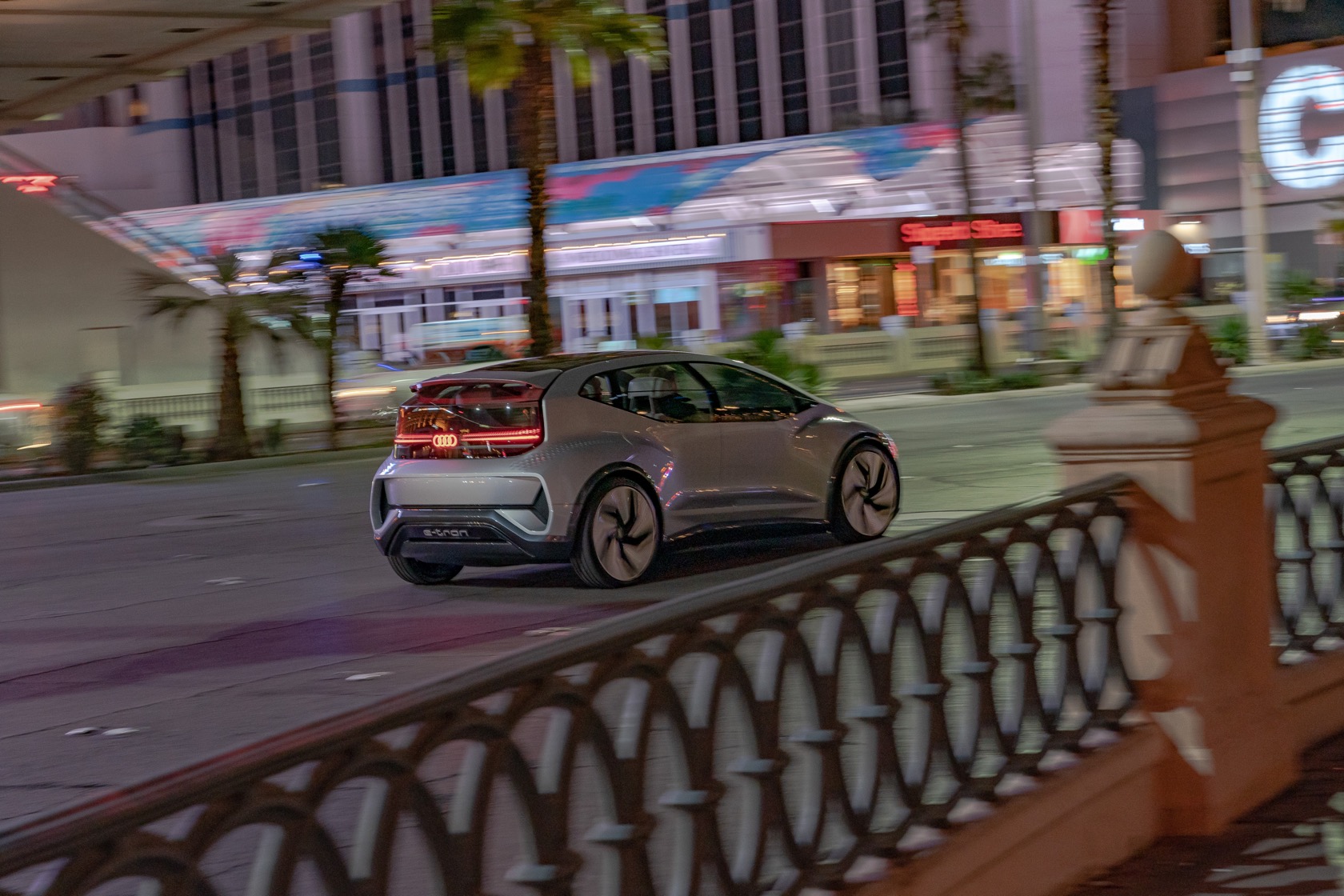 The key, meanwhile, is getting an upgrade too – or, more accurately, a replacement. Audi plans to use the myAudi smartphone app and Bluetooth to allow its cars to recognize drivers remotely, unlocking without them needing to carry their physical key.