The big 40 has come down for the original tennis game Pong, and the folks at Atari are ringing in the occasion with two big releases. The first is what the company calls “the first-ever official new Pong game on iOS”, this meaning not that Pong has never been on iOS before, but that this is the first real redesign for the next generation – we guess. Either way, it’s free, and the other big release is even more gigantically awesome than you can possibly imagine.

While the free Pong World download is really quite excellent – the fact that it’s a great game in and of itself doesn’t hurt either – it’s the customized portable Xbox 360 system with built-in LCD display that we’re freaking out about. It’s made to resemble a classic Atari console and it works – it really works! This undeniably awesome gem is available only through a contest being run through a selection of partner sites with Atari – so good luck!

We must expect though that if enough interest is generated in this beast of a mod that we’ll see a production model in the future. No matter how much they say a product is limited edition, folks, there’s always a way. Thus was the birth of the game you’re going to download for free today, too. It was part of the Pong Indie Developer Challenge that took place earlier this year – now you see it before you! 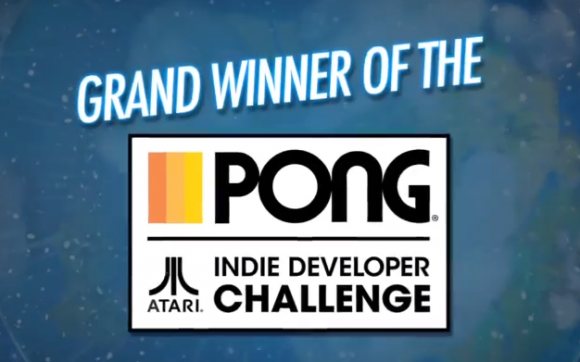 Be sure to let us know how you’re enjoying the new Pong World game and tell some excellent stories about your first encounter with the most classic video game of all. As for your humble narrator: we had one at the local sports cards shop back when I was but a youngster – pull-sticks and all. How about you?