ASUS has revealed the ZenWatch, the company’s first Android Wear wearable, headed to stores in Q4 for under $200. Following Samsung and LG in using a square face – in this case a 1.63-inch 320 x 320 AMOLED touchscreen – the ZenWatch borrows some of the more premium materials you might more commonly associate with traditional watches, like a leather strap, rose-gold-colored casing, and curved glass.

ASUS says its clasp design should make actually putting on and removing the ZenWatch more straightforward, meanwhile. The UI has been reskinned, too, to match ASUS’ ZenUI on its smartphones, with trimmed down versions of the “What’s Next” and “Do It Later” apps among others. 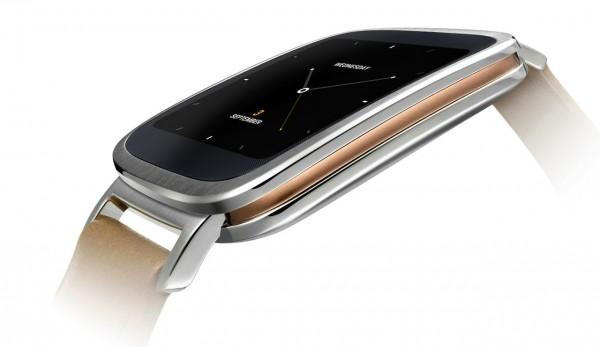 Watch Unlock, meanwhile, uses the ZenWatch as a quick unlock system for an ASUS phone or tablet, unlocking them by tapping them together. Remote Camera uses the ZenWatch’s display as a preview screen for what the phone’s camera see, and there are presentation and call-handling tools too.

Inside, there’s a 1.2GHz Snapdragon 400 with 512MB of memory and 4GB of storage, along with Bluetooth 4.0 and a microphone. It’s IP55 rated for water resistance, too, and there’s a heart rate scanner which ASUS also uses for figuring out “relaxation levels” and reminding you when to take a break. 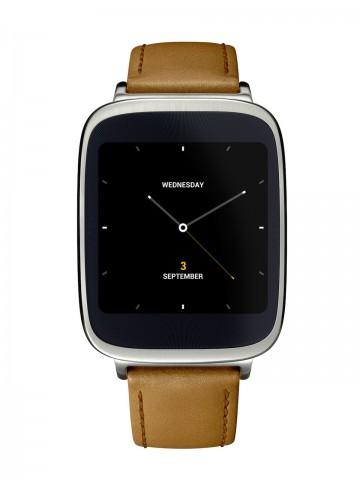 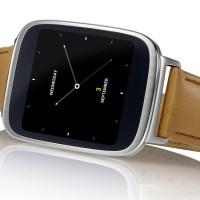 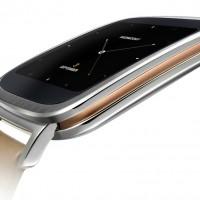 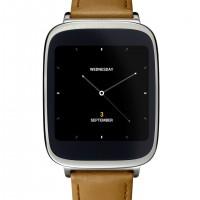