ASUS has a new ultraportable gaming laptop, and the ROG Flow X13 takes a little explaining. Making its debut at CES 2021 today, the 13-inch laptop is Republic of Gamers’ first 2-in-1 convertible gaming notebook, but it also comes with a ROG XG Mobile external graphics card that doubles as a docking station with extra ports and power.

The Flow X13 itself has a 360-degree hinge and so can be flipped around from notebook, to easel, to tablet depending on how you want to game. It’s compatible with the ASUS Pen stylus, and the touchscreen gets a layer of Gorilla Glass for protection. 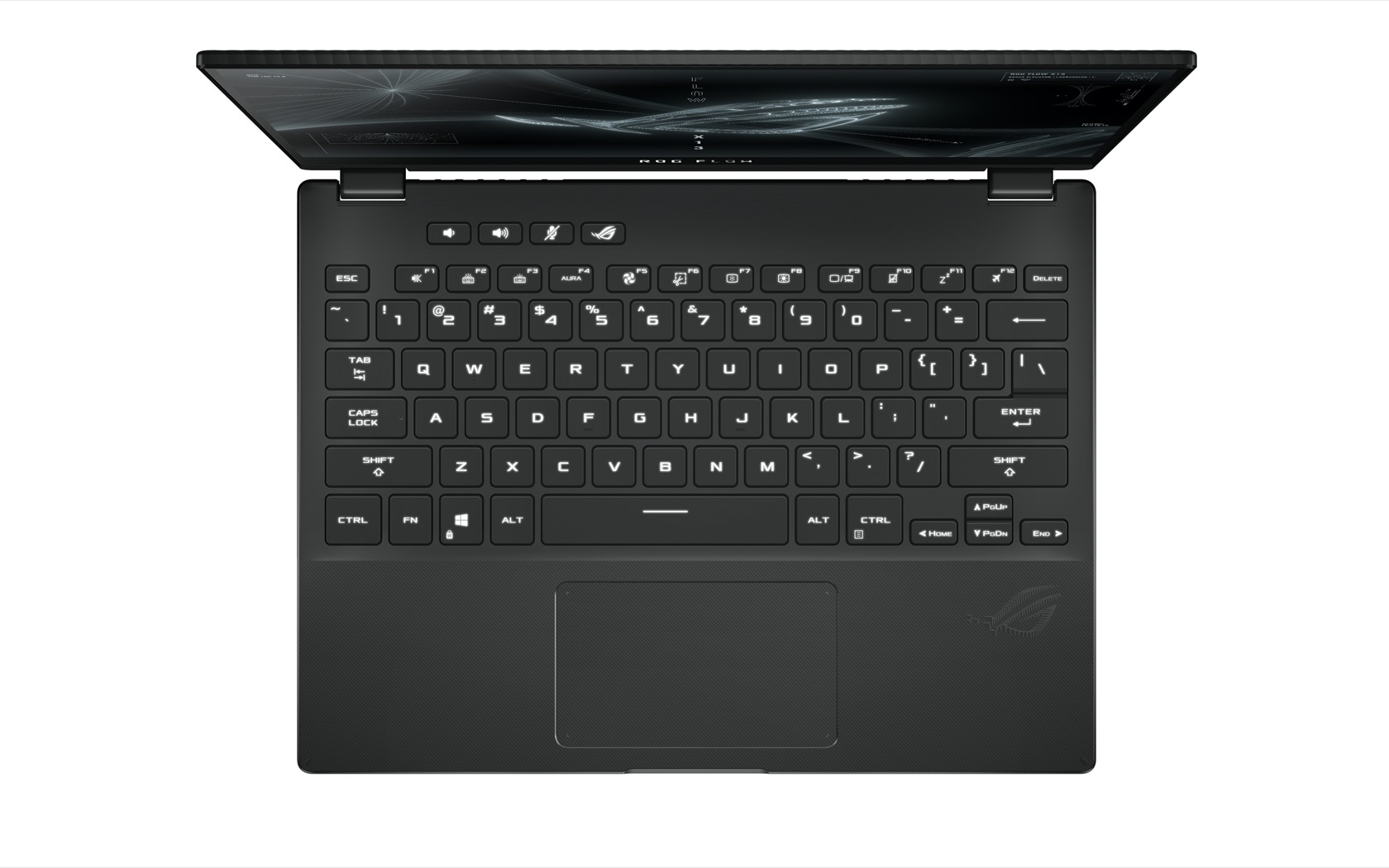 ASUS will have two panel options, both at 16:10 resolution. One will offer a 120 Hz refresh rate at Full HD resolution, while the other gets Ultra HD 4K resolution but a lower refresh speed. Either way, it’s 15.8mm thick and weighs 2.9 pounds, with a battery that ASUS says should last for up to 10 hours of video playback. It can charge up to 50-percent in 30 minutes with the supplied 100W Type-C adapter. 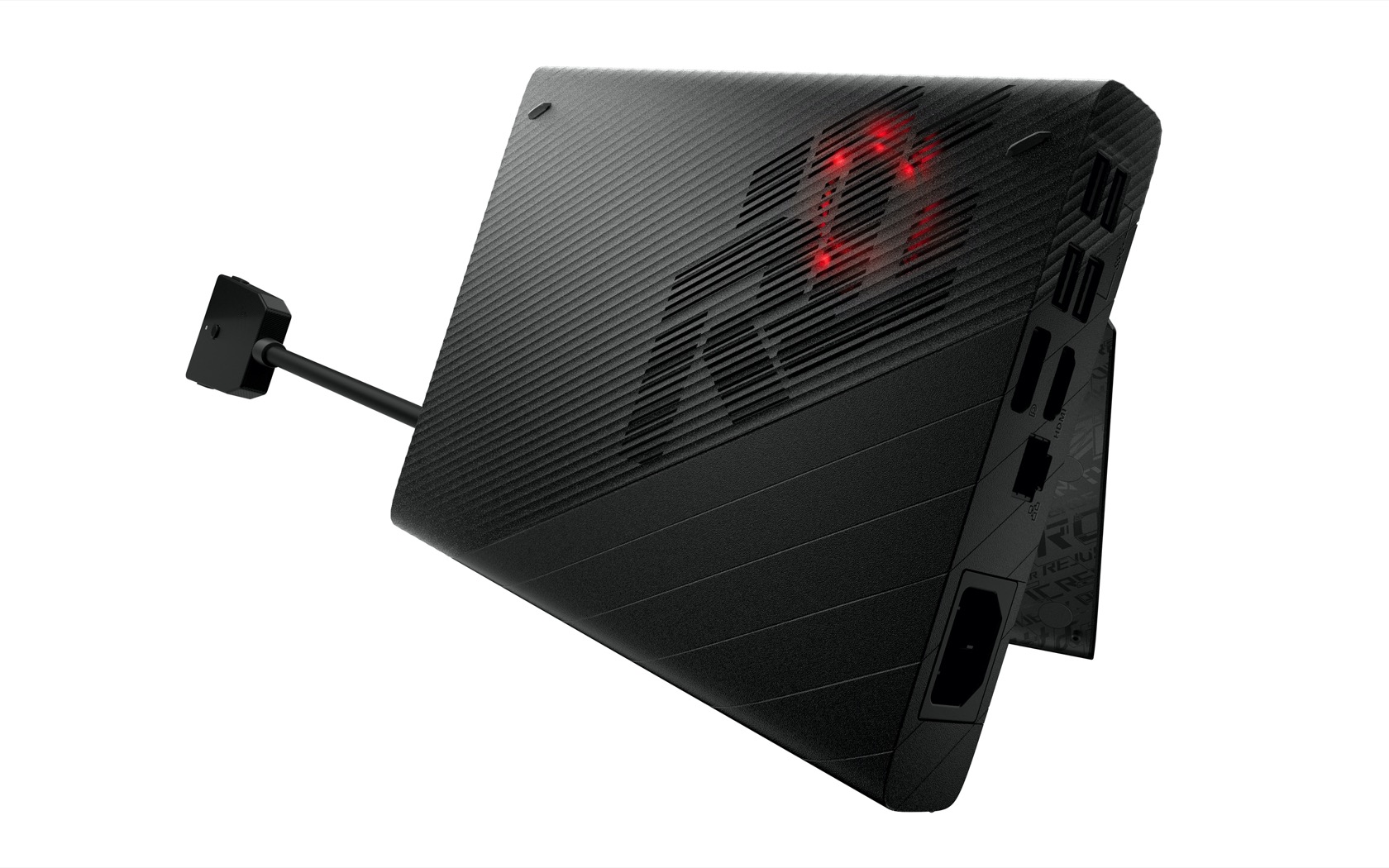 What really sets the ultraportable aside, however, is the external GPU it’s bundled with. Dubbed the ROG XG Mobile, it weighs 2.2 pounds and measures in at 155 x 208 x 29 mm: not much larger than the NVIDIA GeForce RTX 3080 graphics card inside. That’s clocked at 1810 MHz at 150W with ROG Boost.

It links to the laptop with a custom PCIe 3.0 x8 interface, which ASUS says delivers more speed than Thunderbolt 4 could’ve provided. Indeed, there’s a dedicated 63 Gbps of graphics bandwidth to play with, while a separate USB 3.2 Gen 2 connection – sharing the same 16 inch cable – handles data with 10 Gbps to itself. 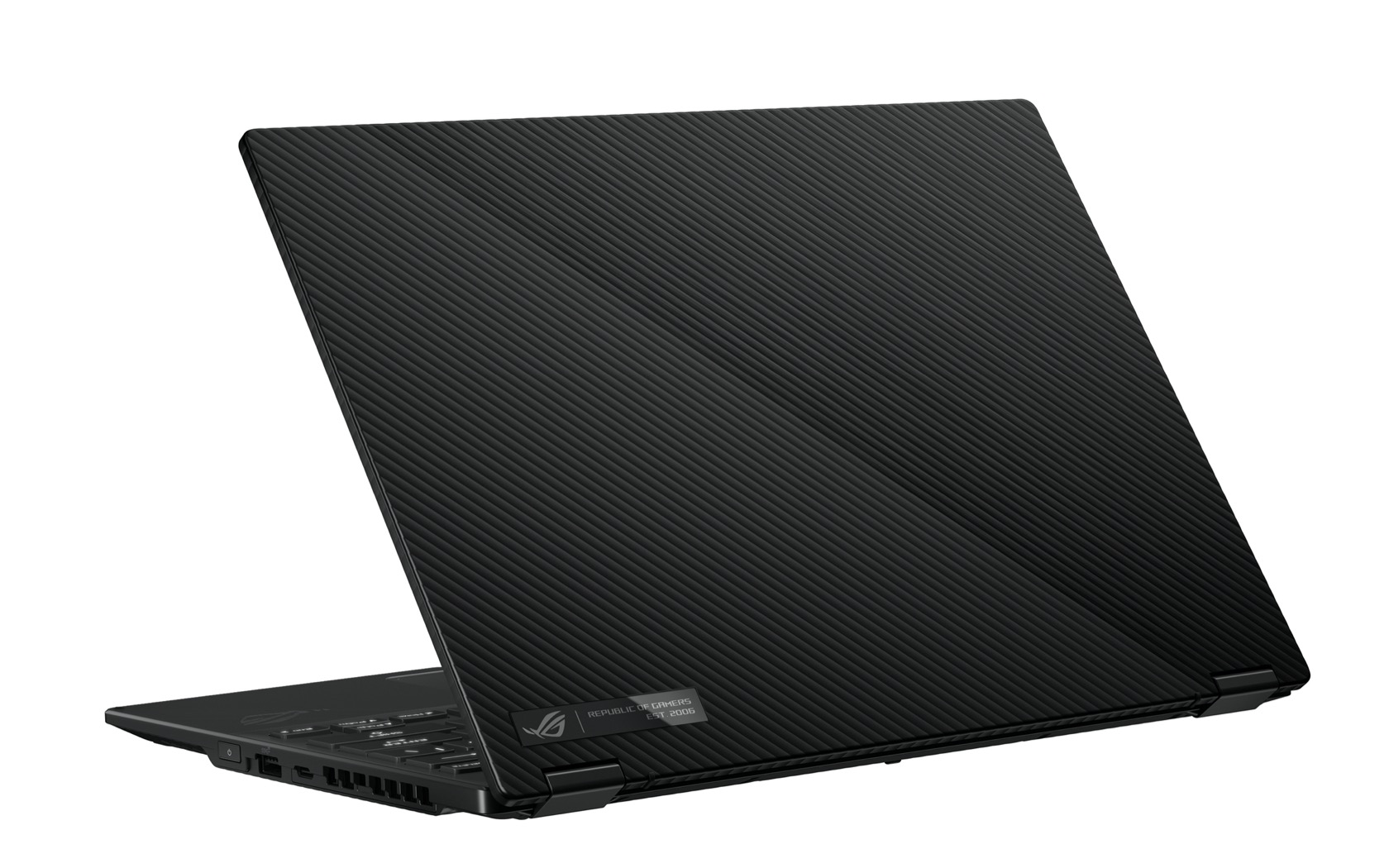 The result is an external graphics card that doubles as a hub. There are four USB Type-A 3.2 Gen 1 ports, a gigabit ethernet port, full-sized SD card slot, DisplayPort 1.4, and HDMI 2.0a; the latter two ports connect directly to the external GPU. ASUS even managed to squeeze in a 280W power adapter, which can simultaneously supply both the Flow X13 and the XG Mobile.

Rounding things out, there are full-sized keys with an ErgoLift hinge to angle the ‘board for comfier typing, along with curved caps and 1.7mm of travel. White backlighting is standard, as is two-way AI Noise Cancelation which runs on the CPU to boost audio and cut out background sound. 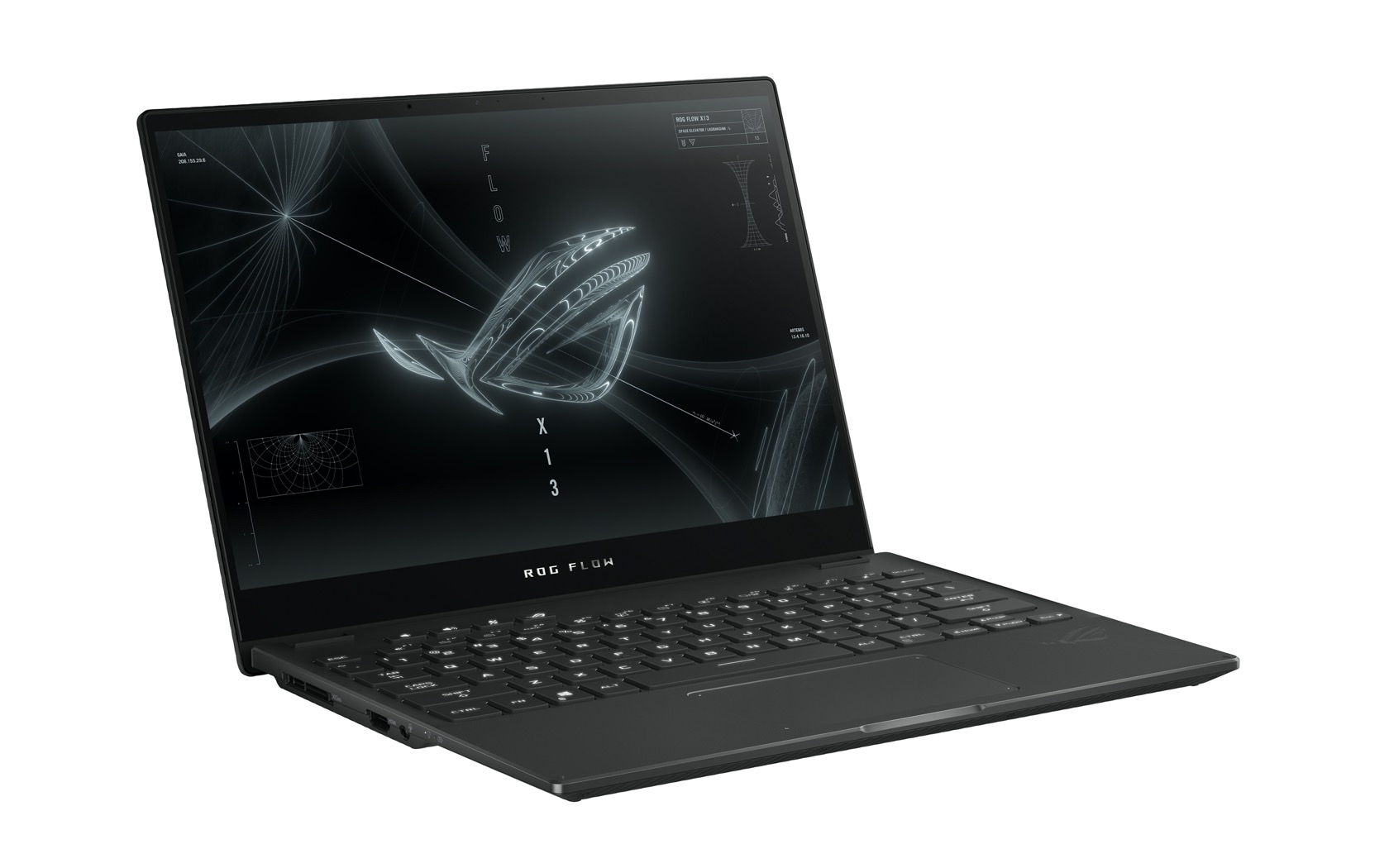