The new ASUS models from Computex keep on coming, and latest to be spotted are a pair of new Eee Top touchscreen all-in-ones and a 3G-enabled version of the Eee PC 1005HA, the 1005HGo.  The two desktops are the Eee Top ET2203T and the Eee Top ET2202T, and while they ostensibly look similar their specifications are surprisingly diverse. 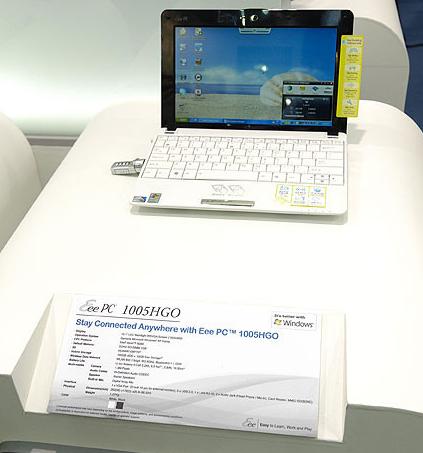