Ports include two USB and a headphones socket, and inside is a 6-cell battery. The 10-inch 1024 x 600 screen gets a webcam on top of it, along with a dual-microphone array, and there’s ASUS’ usual chiclet keyboard.

Full specs are unclear at present, though the X101 is expected to weigh under 1kg and, according to NetbookNews (who shot the video below), come in red and gold as well as the white version in ASUS’ press shots. We’re guessing there’ll be a black model, too, for the less ostentatious among us. No word on pricing and availability; we’ll update as soon as we know more. 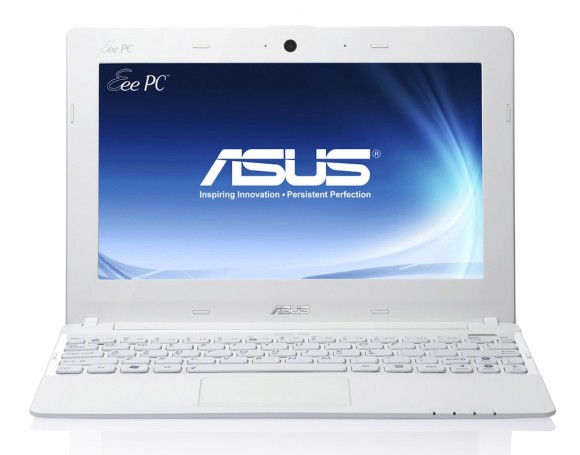