ASUS’ Disney netbook, the Eee PC MK90 “Netpal”, has shown up for pre-order with retailer Toys “R” Us.  Listed as an exclusive, the netbook has an 8.9-inch display and is priced at $349.99, with the first shipments expected to take place on August 3rd.

Only the metallic blue version of the netbook is available, rather than the pink model, and aside from the child-friendly branding there’s little new in the hardware.  As with other 8.9-inch Eee PCs, the Netpal has a 1024 x 600 resolution display, Intel Atom N270 processor and 1GB of RAM, while storage is courtesy of a 16GB SSD.

There’s also WiFi b/g/n, three USB 2.0 ports and a 0.3-megapixel webcam, and the whole thing weighs in at 2.20lbs.  No sign of the tipped 160GB version.  OS is Windows XP, which ASUS and Disney then augment with various parental-control features, access to Radio Disney, and custom themes from Cars and Toy Story. 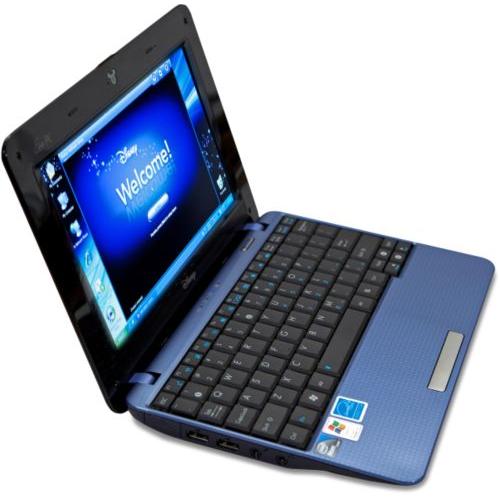