ASUS has launched a new Chrome OS laptop packing up to AMD’s Ryzen 5, with the ASUS Chromebook Flip CM5 giving a big nod to cloud gaming with its color-blocked WASD keys. The new notebook has a 15.6-inch screen and – though you can of course use all the normal Google apps as with any Chromebook – ASUS is positioning it as a particularly strong Google Stadia partner.

That’s Google’s game streaming platform, and the advantage there is that it doesn’t really matter that the Chromebook Flip CM5 doesn’t have a huge (and power hungry) processor and discrete GPU. Since the game runs in the cloud, it can make do with a more balanced Ryzen 3 3250C or Ryzen 5 3500C CPU instead. 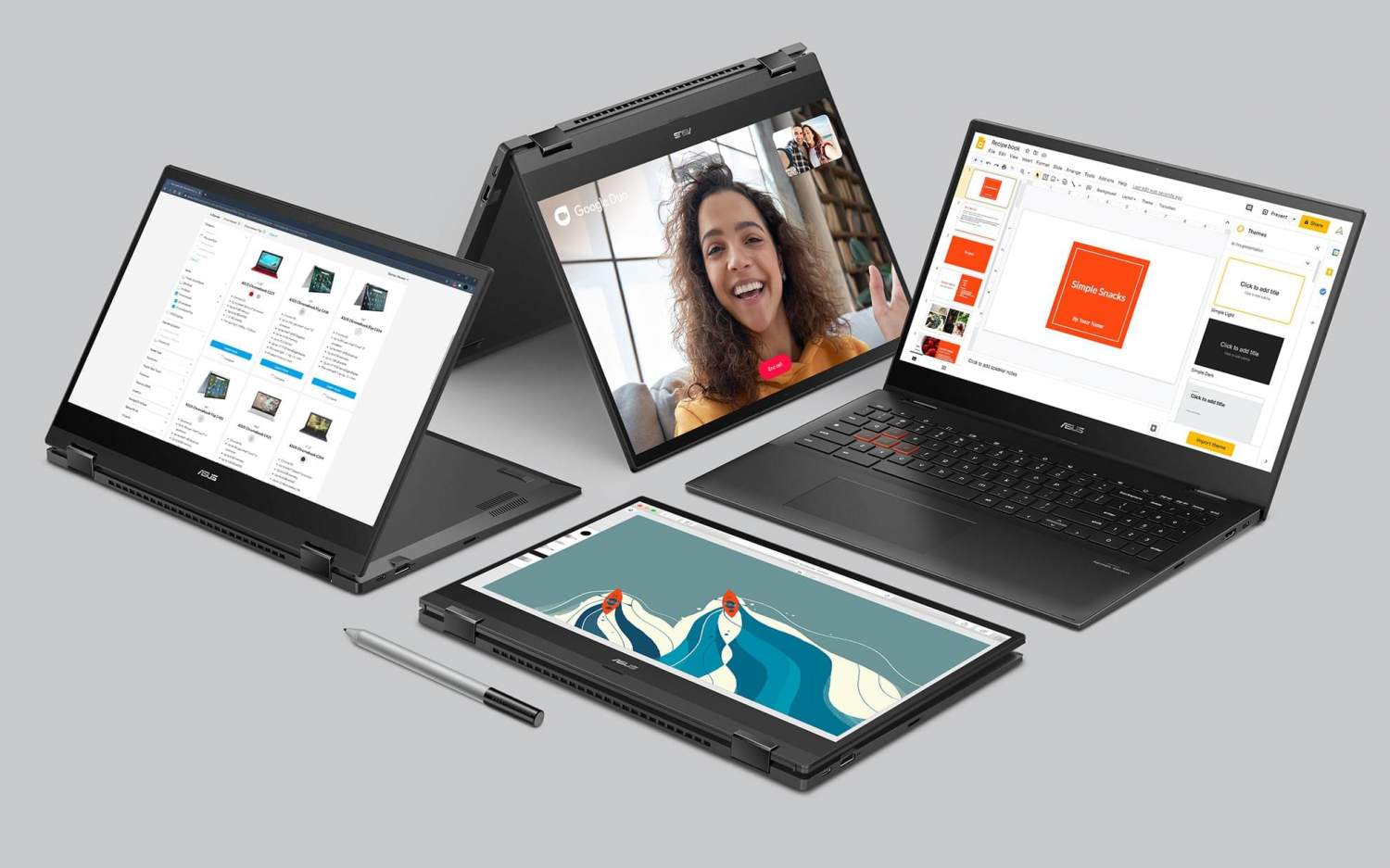 They include AMD Radeon graphics, powering the 15.6-inch 1920 x 10800 Full HD touchscreen. It’s a 60Hz IPS panel, with an anti-glare coating, and 6.19mm side bezels. There’s 45-percent NTSC color coverage, ASUS says, and a 360-degree hinge which not only supports tablet and tent orientations, but elevates the keyboard in more traditional positions for better workflow and more comfortable typing.

Inside, there’s up to 8GB of 3200MHz DDR4x memory and up to either 64GB of eMMC storage or up to 128GB of PCIe M.2 NVMe SSD storage. WiFi 6 (802.11ax) and Bluetooth 5.0 are standard, as are Harman Kardon-certified dual speakers and an array microphone. An HD webcam is above the screen, and Google’s Titan C security chip is included too. 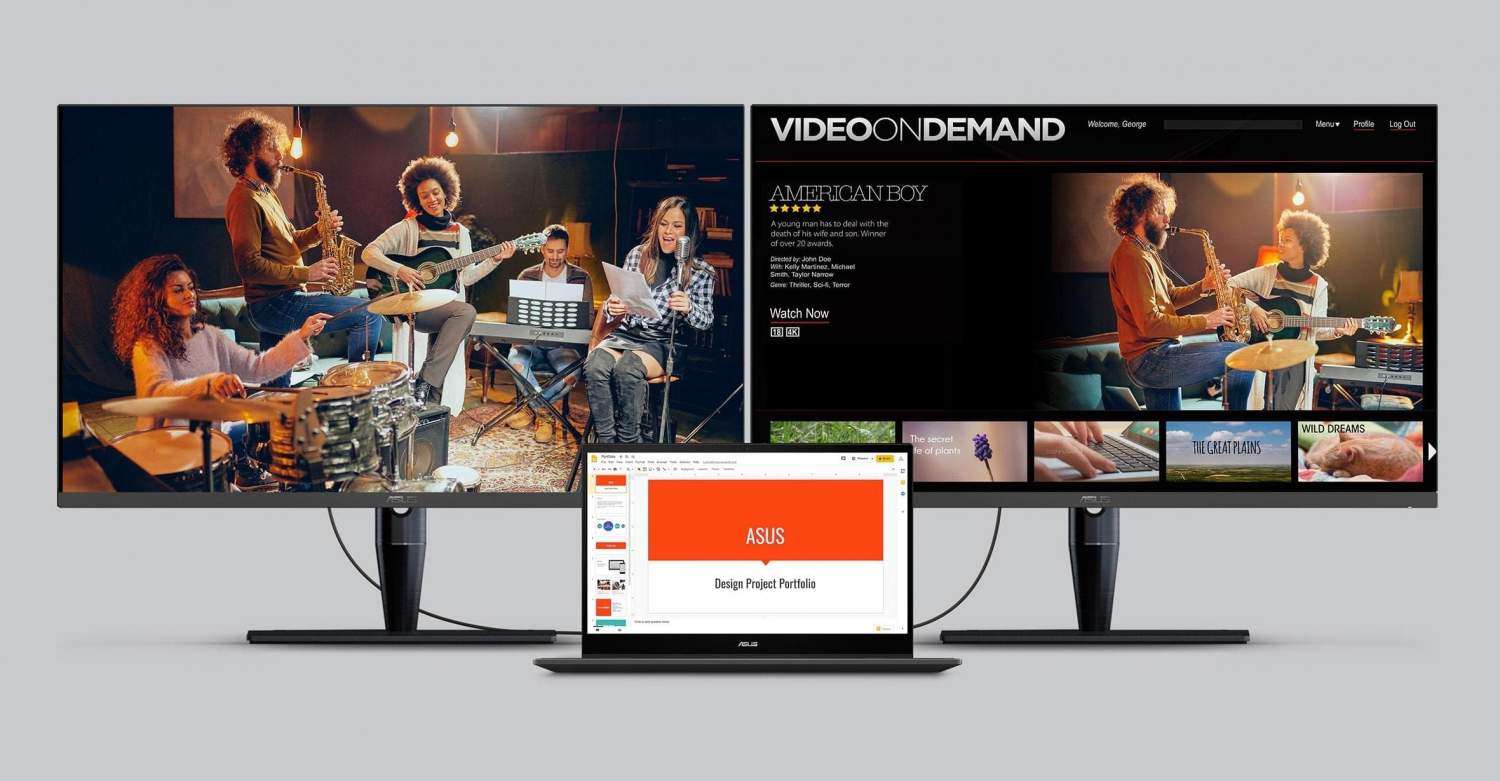 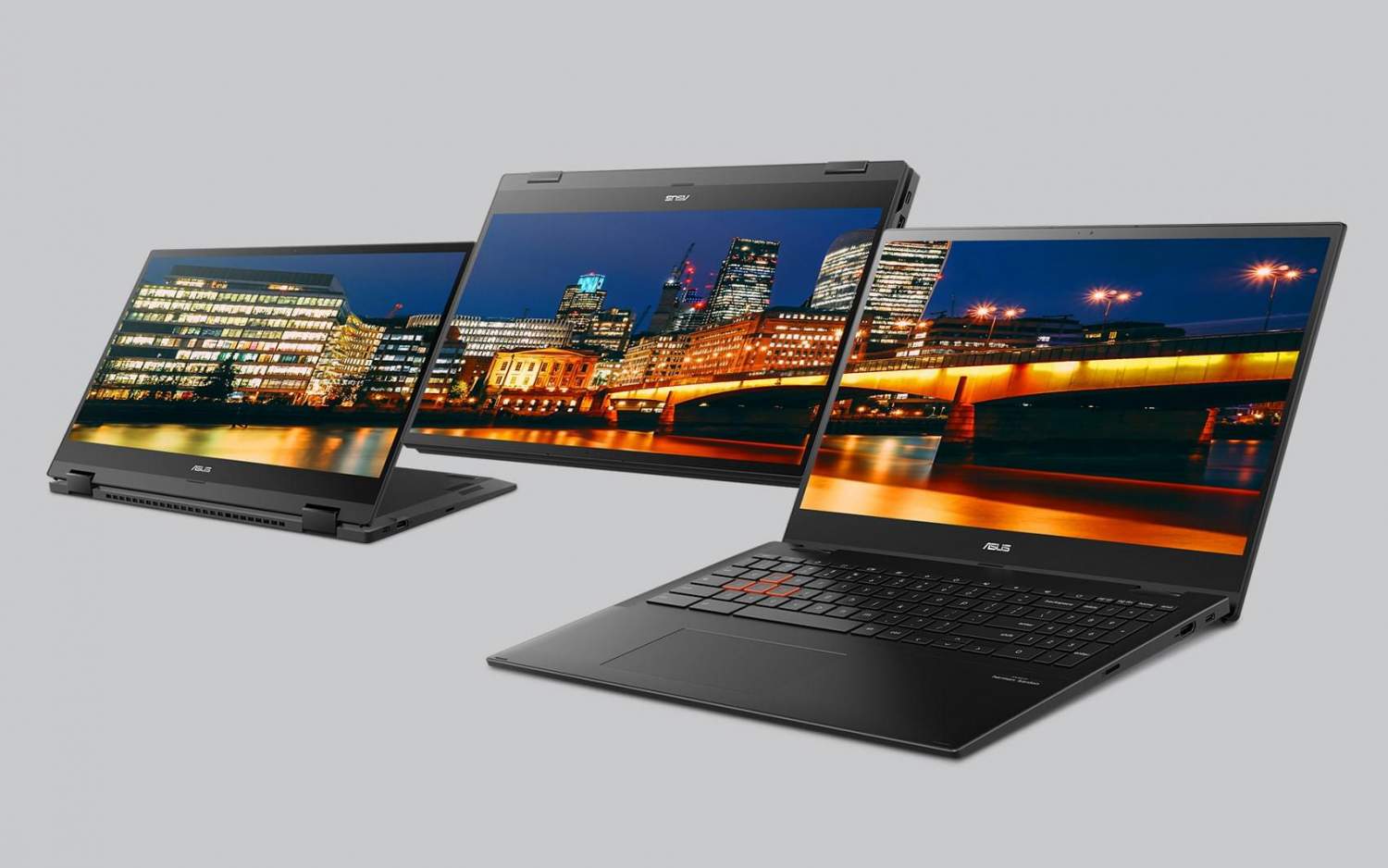 We’ve seen an uptick in Chromebook styling in recent years, and the Chromebook Flip CM5 delivers there too. There’s a Mineral Gray aluminum-alloy metal lid, which opens to reveal an all-black interior. The keyboard is full-sized and backlit, with 1.4mm of key travel, while the palm-rest apparently has an “Obsidian Velvet” texture for greater comfort. The trackpad in its center, meanwhile, measures 5.68 inches and is glass-topped, with palm-rejection and multitouch gesture tech.

What stands out the most, though, is the splash of color on select keys. The orange highlights for the WASD cluster is designed to make gamers feel more at home, though of course you can also pair a wireless gamepad to use with Stadia or NVIDIA GeForce NOW.