Aston Martin is restarting the production of its much-awaited DB5 Goldfinger Continuation car. Strictly limited to 25 units with prices starting at an eye-watering $3.4-million each, the Aston DB5 is regarded by car enthusiasts as the most famous car in the world, no less made popular by its starring role in the iconic Bond film Goldfinger in 1964.

The DB5 is the latest model in Aston Martin’s Continuation car program, but initial production was rudely interrupted by the lingering COVID-19 pandemic. The DB5 Continuation model is a genuine reproduction of the original Bond car from Goldfinger, complete with all the 007-inspired gadgetry like revolving number plates (with three license plates on the front and rear), a rear smoke screen, and a tire slasher on the wheels – all simulated, of course. 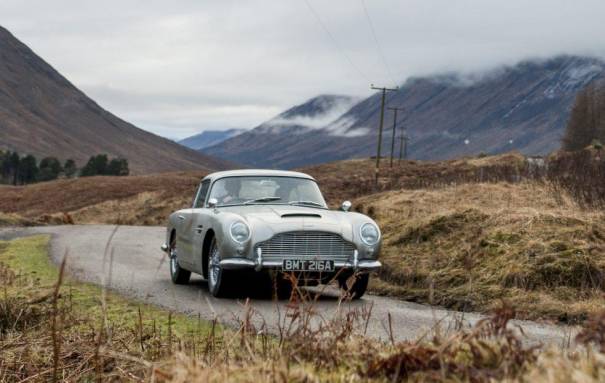 No, we’re not kidding. For the DB5 Goldfinger Continuation car, Aston Martin worked closely with EON Productions (makers of the James Bond film franchise) and Oscar-winning special effects master Chris Corbould, OBE to infuse the car with a plethora of working Goldfinger gadgets.

The list includes battering rams in the front and rear, a bulletproof rear shield, a pair of simulated machine guns in the front, and a simulated oil slick dispenser that sprays water instead of oil. We’re not sure if the DB5 Continuation is road-legal, but it sounds like huge fun.

Wait, what about the removable passenger roof panel and ejector seat? The former is optional, but the latter is not. If you’re bummed by that fact, take comfort in the vehicle’s standard radar screen tracker map, gear knob actuator button, hidden weapons cache under the seat, and the old-school telephone mounted in the driver’s door. All the fun gadgets are controlled via console-mounted switchgear. And since we’re living in the 21st century, you can also do so via remote control. 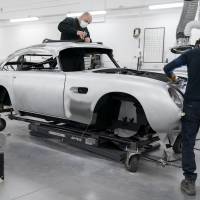 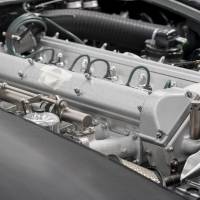 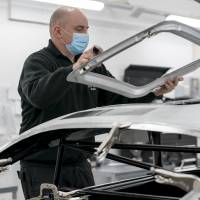 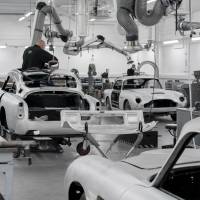 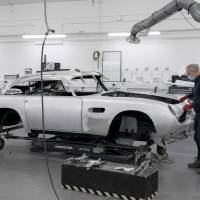 “We are making, perhaps, some of the most desirable ‘toys’ ever built for 25 very lucky buyers worldwide,” said Paul Spires, President of Aston Martin Works. The DB5 is built using a steel chassis with aluminum body panels. It has a 4.0-liter naturally-aspirated six-cylinder motor with three carburetors and an oil cooler. Producing 290 horsepower, the engine is bolted to a ZF five-speed manual gearbox driving the rear wheels through a limited-slip differential. 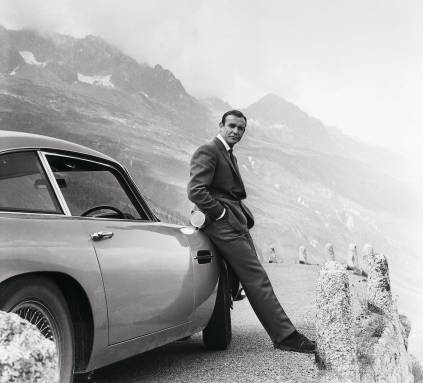 Standard on the Aston DB5 Continuation model is rack and pinion manual steering, steel disk brakes, coilover suspension in the front, and a live axle rear suspension. All 25 units of the DB5 are finished in the Silver Birch paint as the original car. Production is underway at the Aston Martin Works plant in Newport Pagnell, Buckinghamshire, which is now the home to Aston’s Heritage Division.