It’s been quite the week for Ubisoft, who finally confirmed Assassin’s Creed IV: Black Flag last week and announced some more details earlier this morning, but the announcements ultimately got away from the developer, as information was being leaked left and right. However, even after most of the details have finally become official, more info about the game is still being leaked, including these screenshots.

These leaked screenshots give you more of a glimpse inside the new game, so if you’re were slightly disappointed by the teaser trailer, which consisted of all cutscenes and no actual gameplay, these screenshots may quench your Assassin’s Creed thirst. While the screenshots don’t feature actual gameplay footage, they offer some details that we haven’t heard before. 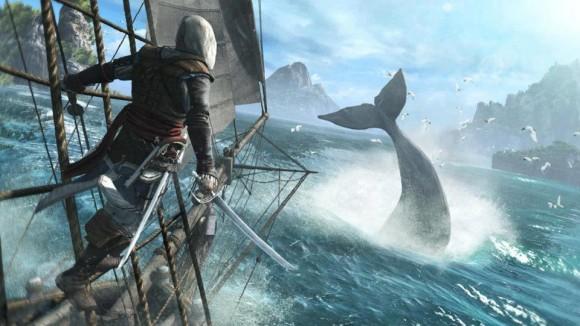 Overall, though, the style and the feel of the game doesn’t appear to get away from the traditional Assassin’s Creed style that we’ve known and loved throughout the past three installments of the series, but since there’s a new protagonist with a new time period and setting, it’ll be interesting to see how the game plays out.