This week Ubisoft announced Assassin’s Creed Chronicles, the next in a line of titles headed to PlayStation 4, Xbox One, and gaming PCs. This title will follow three “famous Assassins” to China, India, and Russia, and will be released in three parts. The first part will be Assassin’s Creed Chronicles: China, followed by Chronicles: India, and Chronicles: Russia. The first of three titles will be released on April 21st in North and South America, while EMEA will get the game on the 22nd of April.

This release will be in three parts – strange for a Ubisoft game release. In the first, you’ll be headed to China with the Ming dynasty at the start of its downfall. This first of three titles will be released for $9.99 USD.

So we’ll expect the other two titles to be out for $9.99 as well. This might also be the way Ubisoft will release games from now on – episodically – but we’ll have to wait and see. 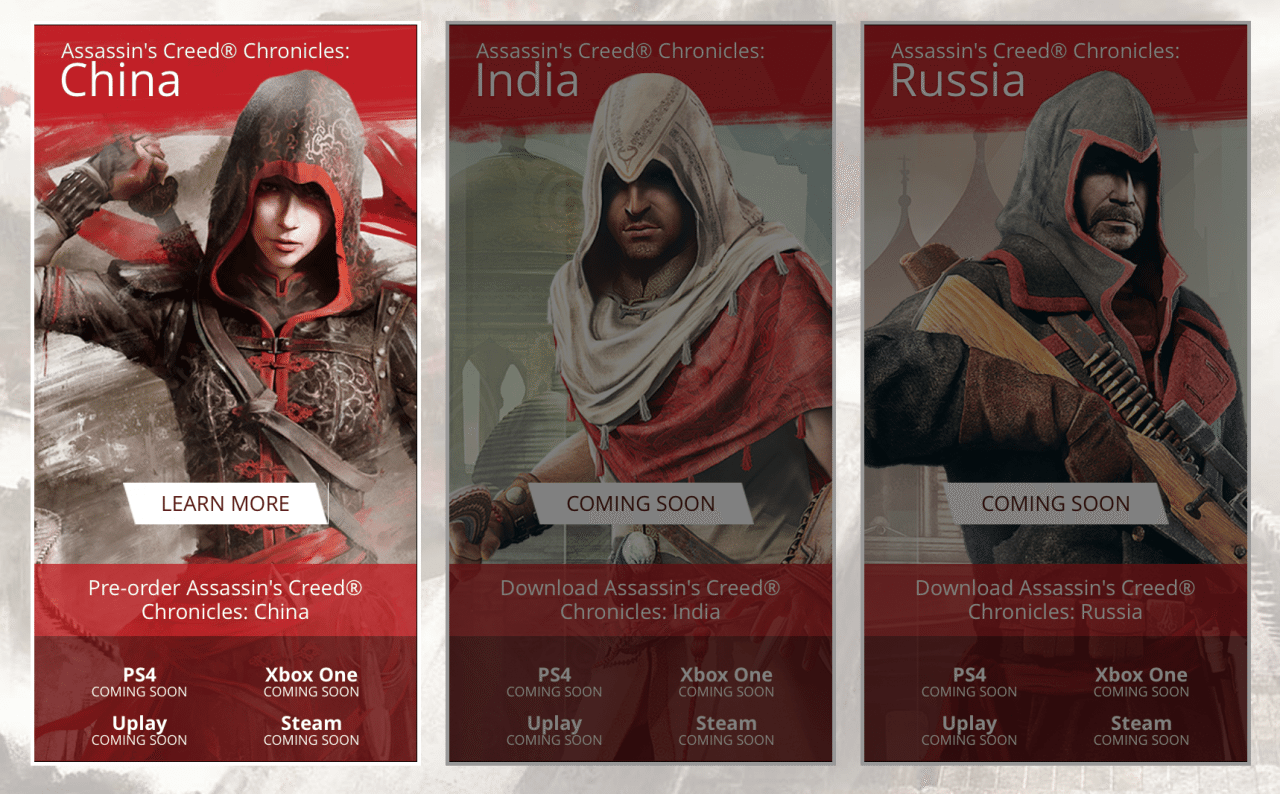 This release will also be part of the Assassin’s Creed Unity Season Pass holder package.

Have a peek at the trailer above and stay tuned as we dive deep into this next Assassin’s Creed collection of environments.