As SpaceX helps the ISS get crowded, NASA has a fix for sleepy astronauts

The International Space Station is getting so crowded, NASA astronauts are setting up a whole new design of temporary bed, and it looks likely to need the new system a lot more over the next few years. The Crew Alternate Sleep Accommodation, or CASA, arrived on the ISS earlier this month, with the recent SpaceX Crew-2 mission demonstrating just why it was needed.

Though the ISS may be large – about the size of an average five-bedroom house, NASA says – not much of it is handed over to crew accommodations. Usually, there’s space for seven, spread between the US, European, and Russian modules.

That’s fine, apart from when things get crowded with new astronauts and cosmonauts arrive. “When there are more astronauts aboard station than crew quarters, the crew members work with flight controllers to identify temporary “campout” locations for crew to sleep during the short handover period,” NASA explains. “These are typically located in modules with the least activity during the handover period, like the U.S. Quest Airlock or the Japanese Kibo Module, and can include docked spacecraft.” 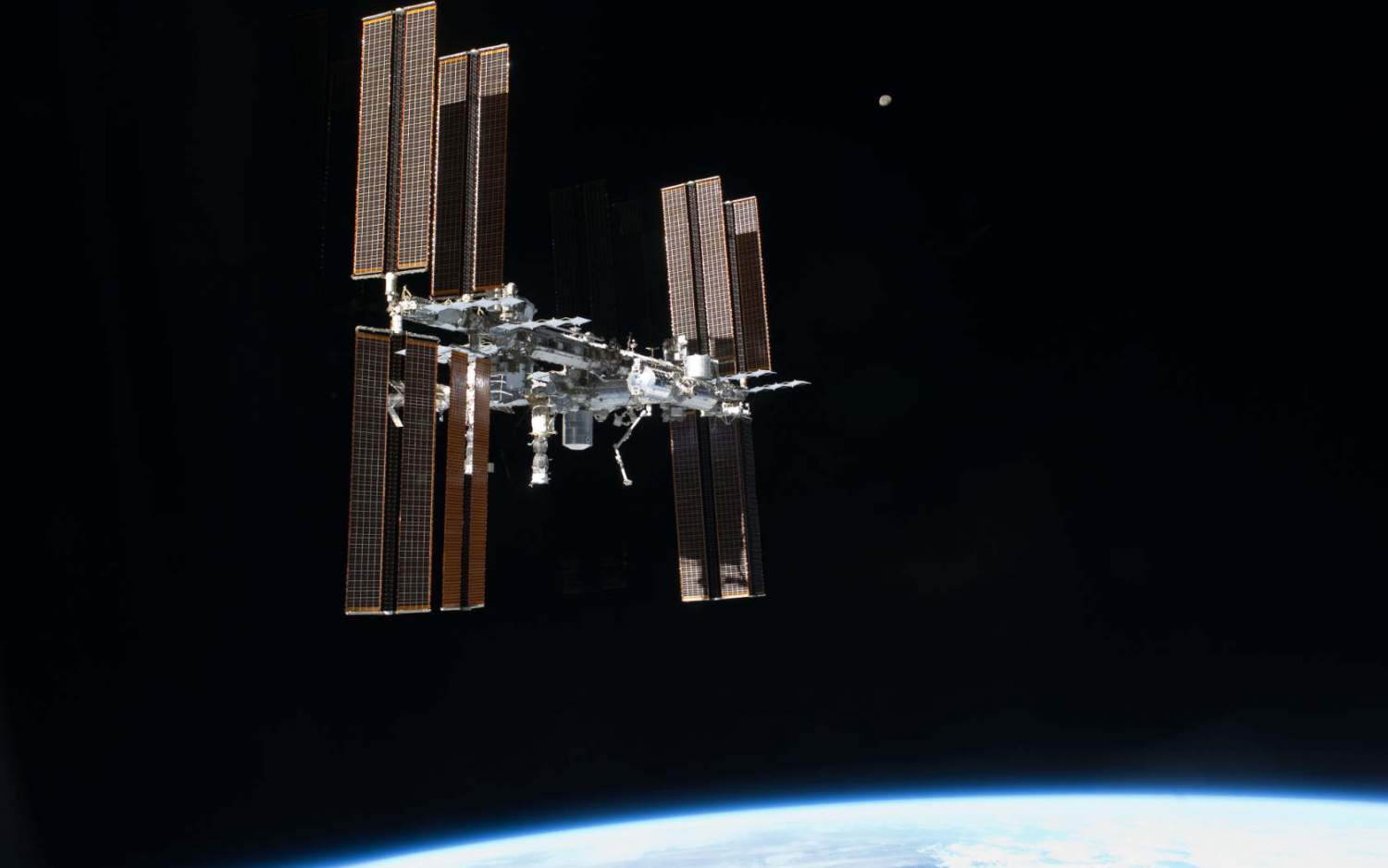 When NASA’s Space Shuttle program was discontinued, the ISS shifted to what’s known as an indirect handover. First, the three outgoing astronauts and cosmonauts would leave the space station aboard a Russian Soyuz spacecraft. Days or even weeks later, three new replacements would launch and dock with the ISS, taking the compliment back to six.

The successful start of launches under NASA’s Commercial Crew Program, however, has changed that process. For a start, there are now four crew onboard the spacecraft, not three, meaning all seven berths could be occupied. However the handover itself now overlaps.

In what’s referred to as a direct handover, the new crew arrives before the old crew departs. For now they’re coming up, from US launches at least, on SpaceX Crew Dragon spacecraft, though eventually Boeing’s CST-100 Starliner will be doing trips too. Either way, that means – for a brief period – there are 11 people aboard the space station.

That’s not the most occupants it has ever seen, with periods of time in the ISS’ history where 13 crew have been there at once. All the same, it’s definitely a tight squeeze, not least when it comes to finding somewhere to sleep. The Crew Alternate Sleep Accommodation is NASA’s fix. 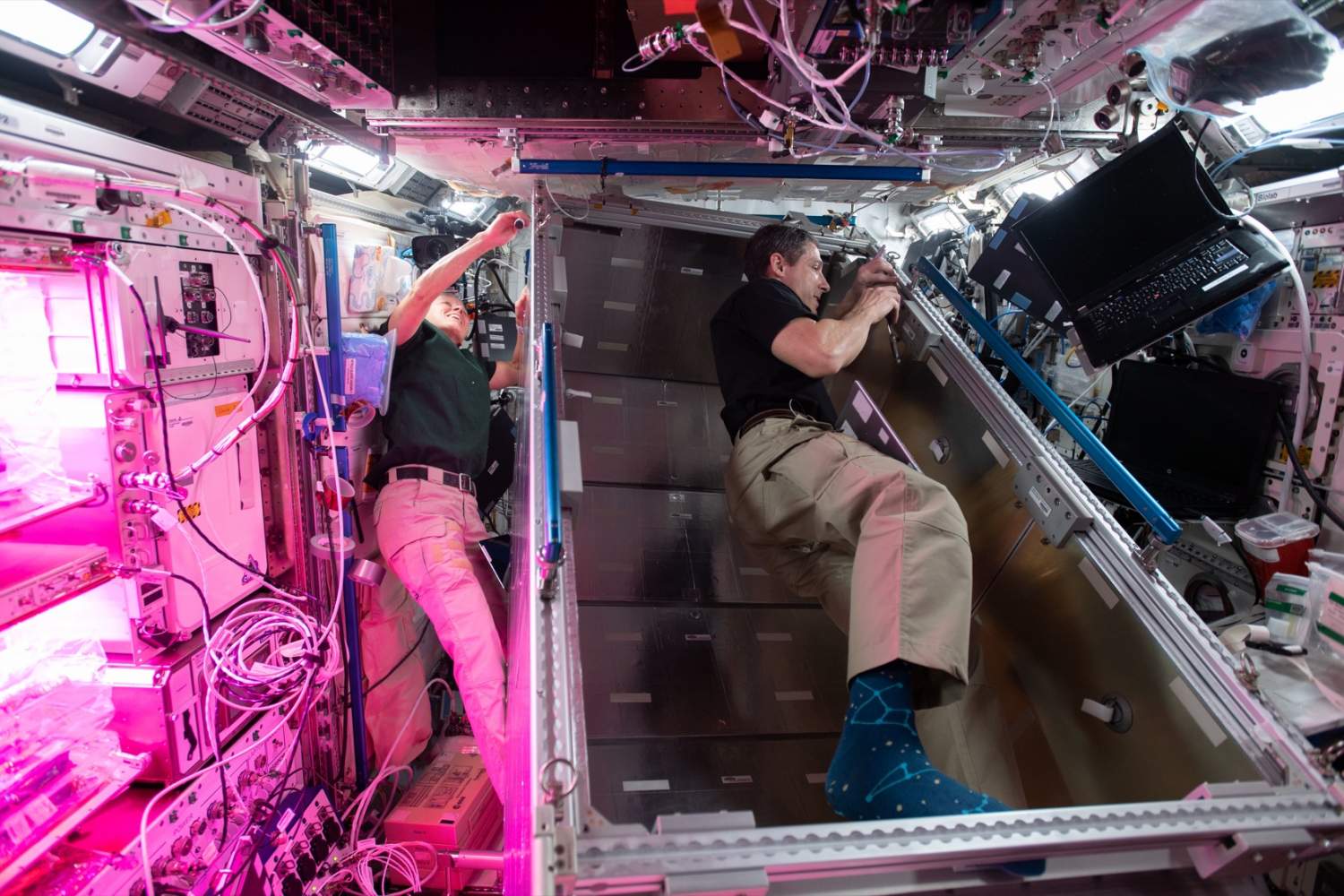 Delivered to the ISS as part of the Northrop Grumman CRS-15 Mission earlier this year, the CASA is part-bunkbed, part-Murphy bed. Installed earlier in April, it basically folds down into a bed for an astronaut or cosmonaut, but – since space is obvious at a premium – can be used as a cargo storage rack the rest of the time.

Just how things may evolve in future years, however, is unclear. Russia has already said that it aims to launch its own space station program from 2025, with work apparently already underway on the first module. Based, in part, on designs and technology used by the International Space Station, the Russian version would also be constructed piecemeal out in orbit.

Whether that will also see Russia’s Roscosmos space agency withdraw completely from the ISS project with NASA remains to be seen. Russia has indicated that it would like to work with China on space projects, but US laws currently prohibit NASA from working with China’s space agency, CNSA.