Apple has introduced a new privacy website detailing the company’s stance on government data requests and steps it has taken to protect its customers’ information. To kick it off comes a message from Tim Cook, who says, “Security and privacy are fundamental to the design of all our hardware, software, and services.”

Says Apple on its Government Information Requests page, devices with iOS 8 are protected by the passcode, which prevents Apple from accessing the user’s data. For this reason, government requests — even with a warrant — can’t be honored because “it’s not technically feasible for [Apple] to respond.” 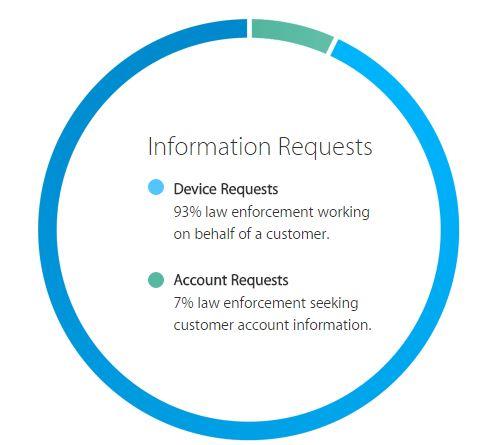 Of the government data requests Apple has received, it says less than 0.00385-percent of its customers actually had their data handed over. Beyond this, during the first half of this year, Apple says it was given 250 or less national security requests.

Among the information comes several instances of Apple stressing that it never has and never will give any government agencies access to its servers or any sort of backdoor in any of its offerings. This follows accusations that Apple had provided the government with backdoors to its products, something it has already denied in the past.

Future changes to Apple’s privacy policy will be posted to its new privacy site, which harbors the current privacy policy. The latest changes were made today, with Apple saying they mostly revolve around iOS 8’s new features and clarification about how some user data is being used.