Apple submitted a new set of accessibility emojis to the Unicode Consortium earlier today. There’s a robot arm, a hearing aid, a service dog, and a few other excellent suggestions in the mix. If the guide dog doesn’t make you say “OH MY GOSH PUPPY CUTE,” the prosthetic limbs just might.

Included in the mix of emojis submitted to Apple this week are blind and low vision emojis, deaf and hard of hearing emojis, and physical and motor skills emojis. There’s also a hidden disabilities emoji category, and a few suggestions for emojis that might be made beyond these sets. Those include an eye with a magnifying glass (as one emoji instead of two,) braille, colored ribbons, a walking cane, and a touch tablet or PECS board. 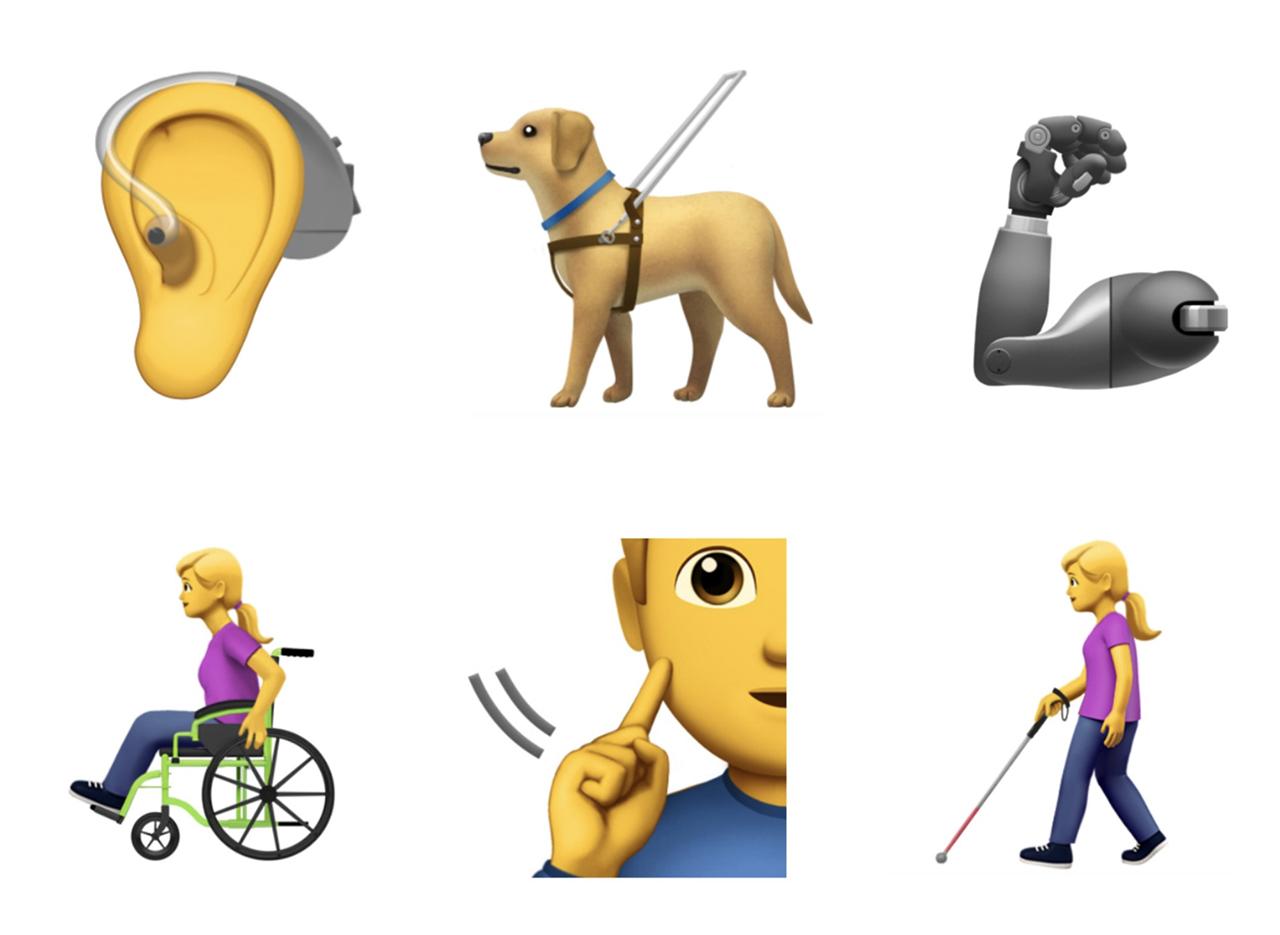 In the Hidden Disabilities category, there’s a brand new Service Dog with Vest and Leash. This is very similar to the Guide Dog with Harness included in the Blind and Low Vision category. Also in that category is Person with White Cane – one male, one female, and skin tones.

In the Deaf and Hard of Hearing category is Deaf Sign. There’ll potentially be variants in gender and skin tone, too. This category also includes and Ear with Hearing Aid with variants of skin tone. Physical and Motor Skills include a Person in Mechanized Wheelchair as well as a Person in Manual Wheelchair.

Perhaps the most awesome of the whole collection is a Mechanical Arm, aka Prosthetic Arm. This arm looks a whole lot like the Flexed Biceps arm, but this time it’s all about that mech. There’s also a Mechanical Leg / Prosthetic Leg with similar amounts of mech aesthetics.

Unfortunately, these emojis weren’t submitted before the 2018 cutoff for new universally released emoji. Instead, if accepted, these emojis would come to Emoji 12.0 which is expected to be released in the first half of the year 2019. According to Emojipedia, the next round of new emojis will be released to this world in the second half of 2018.