Back on September 26th, 2013, Bono himself made clear that Apple’s contribution to Product RED were over $65 Million USD. Here in April of 2014, that number has jumped to $70 Million. Contributions to Product RED by Apple are said to go “100% to fight #AIDS”.

Apple has been contributing to Product RED since 2006, when the original RED iPod Nano was released. This collaboration between Apple, RED, and U2’s BONO has been cooking for some time.

“Every day 700 babies are born with HIV. (RED)™ works with companies like Apple to fight for an AIDS‑free generation by creating (PRODUCT)RED merchandise. A percentage of gross profits from the sale of those products goes to the Global Fund to help fund AIDS programs in Africa. 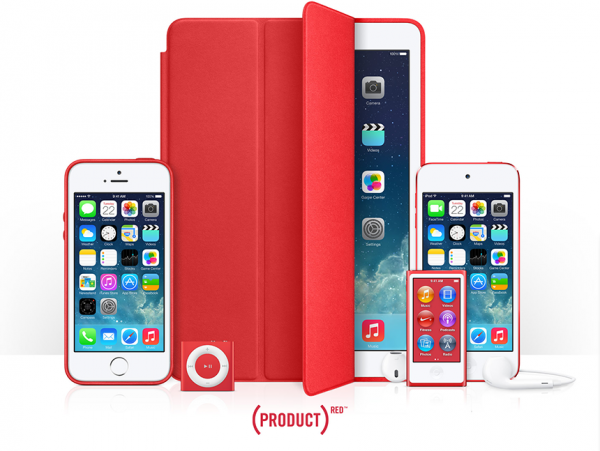