Apple’s WWDC 2016 is now in full swing, and CEO Tim Cook began the keynote presentation by sharing a number of stats highlighting the growth of the App Store on various platforms, developers’ earnings, and information about WWDC’s attendees. The most impressive feat is that the App Store is now host to 2 million apps, only eight years after Apple launched it with a modest 500 apps.

Along with the 2 million total apps available, Cook added to that by sharing there’s been over 130 billion downloads, and Apple is about to cross the milestone of paying developers an incredible $50 billion in earnings. This figure stood at $40 billion just in January of this year, highlighting a rapid growth in the last six months.

“Successful developers translates directly to having the best apps for users, which is what really matters,” Cook said. 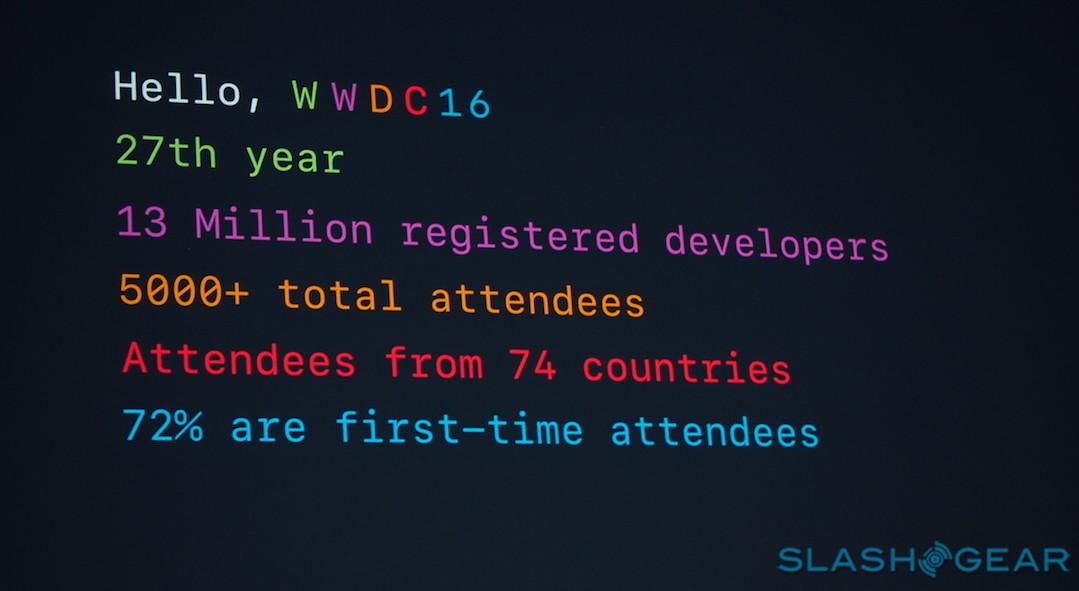 As for WWDC itself, with 2016 marking the 27th year, the event is seeing over 5,000 attendees this year, coming from 74 countries, with 72% being first-timers. Another impressive statistic is how WWDC continue to draw in younger developers, with more than 100 coming in under the age of 18.

350 students are participating as scholarship winners, while the youngest attendee is a 9-year-old girl! Cook noted that he met her the day before, and that she’ll “make one heck of a developer.”

As the Apple developer community as a whole, there are now 13 million registered, with 2 million added in the last year alone.