The next Apple Watch will quite likely break the mold when it comes to significant device upgrades from Apple. Each time Apple releases a new iPhone, it seems one of two things happens. Either Apple releases a smartphone that’s near-identical in size and shape as its predecessor, or the company initiates an industrial design upgrade that requires accessory makers to release a whole new set of cases and peripherals.

With the Apple Watch, Apple has mostly kept the same design. Not that the device really needed a case in the first place, but if you purchased a case for one design, you might very well have been able to use that case on another. More important for the Apple Watch between models is Apple’s Apple Watch Strap collection. If Apple were to change the next Apple Watch in a significant enough manner, old Apple Watch bands might not be compatible.

With the rumors surrounding the Apple Watch Series 7, it seemed possible that Apple would change the way their strap system fit with new models. It seemed that, if a new “flatter” design was coming to the market, 3rd-party accessory makers would need to split their efforts between old bands and new bands. Apple, too, would need to make clear which bands worked with which devices.

This week, a leak of what very much appears to be an official Apple Watch Solo Loop shows a key feature. It seems clear now that even if the Apple Watch Series 7 is released with a significant industrial design change between generations, the bands – the connecting point for said bands – will remain the same.

As noted by 9to5Mac, leaks suggested the Apple Wach Series 7 will be released in 41mm and 45mm sizes. Further corroberation appeared in the form of DuanRui and Majin Bu (not official Dragonball Z), with imagery that suggests new bands for both. 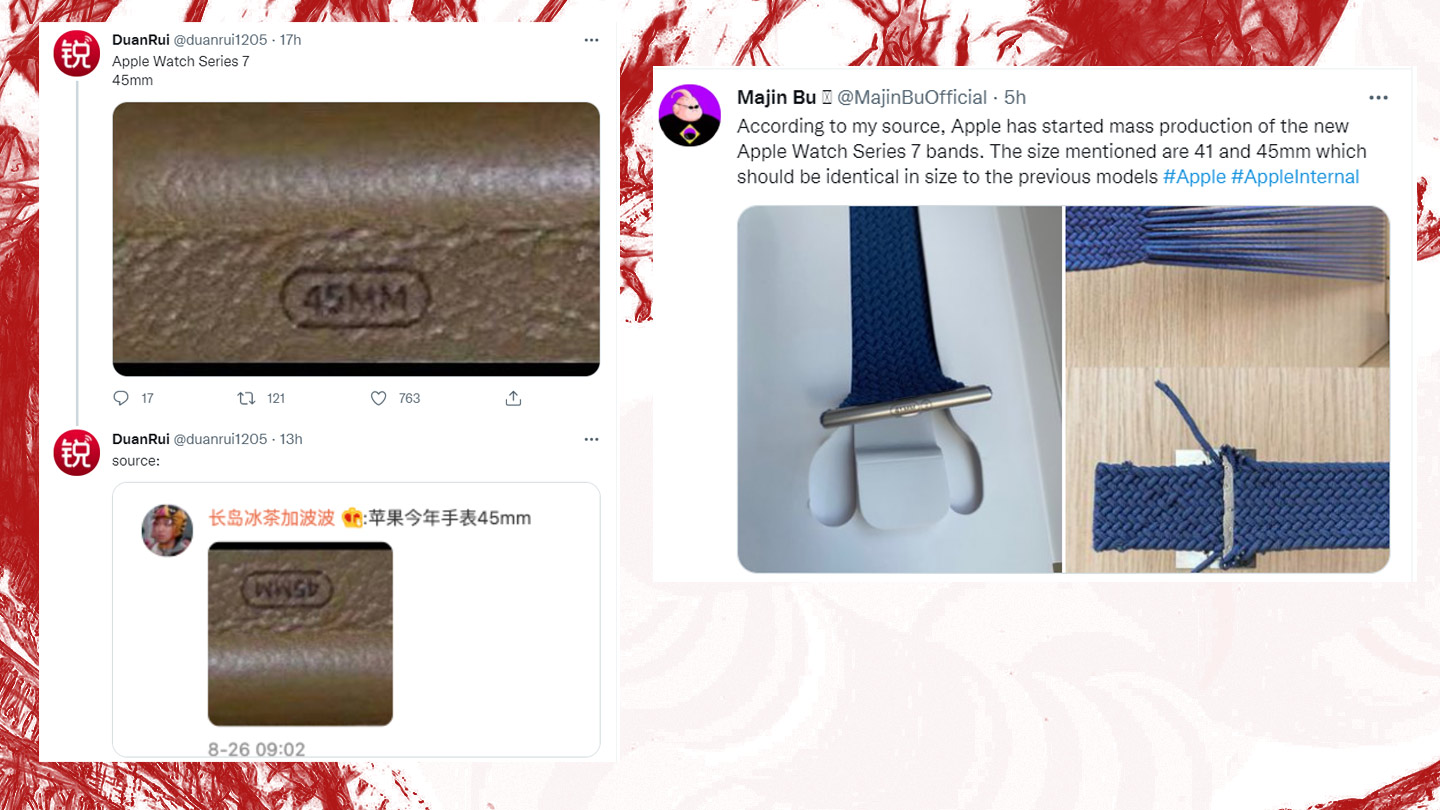 Apple previously kept compatibility between generations when Apple Watch Series 3 (38mm and 42mm) went to Apple Watch Series 4 (40mm and 44mm). Apple will very likely continue to release new bands for each different size, with an understanding that certain sizes remain compatible with others.