A leak today revealed the look of the next Apple Watch, otherwise known as Apple Watch 7. This newest watch series has a design that represents the most significant industrial design change since the beginning of the product. The new Apple Watch looks to have a display that creeps right up to the edges of its hardware, complete with rounded corners and a dial.

Imagery here comes from Jon Prosser and RendersByIan, which means we’re likely looking at images based on schematics sent to case-makers before the release of a piece of hardware. These are definitely 3rd-party rendered images, as is the situation whenever you see someone involved whose handle includes the word “renders” in it. 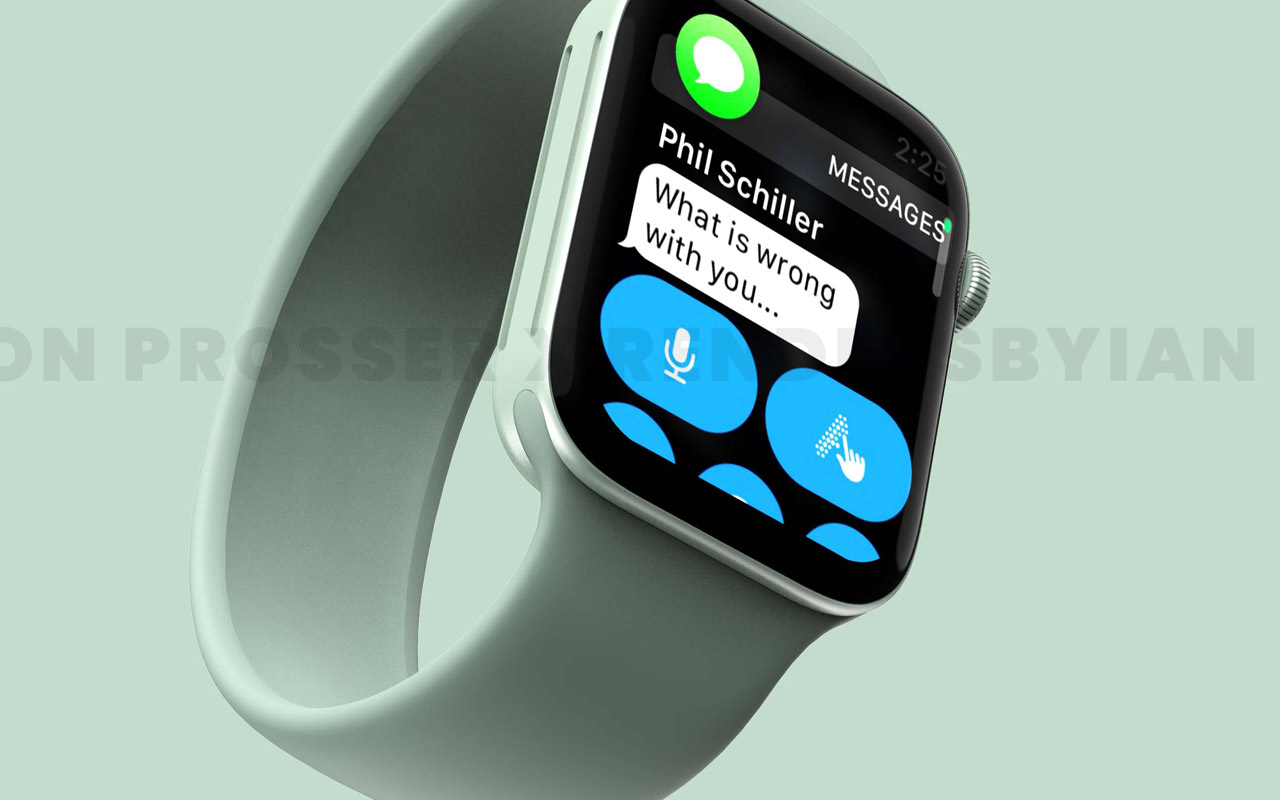 This version of the Apple Watch looks to incorporate design cues from the most recent rounds of iPad and iPhone devices. That means slightly more flat edges and a slightly less gradual transition to the band.

It would seem that the dial on the Apple Watch will be the same color as the metal case – the edges, and the back. The red accent is slightly more subdued than it was when the red was first incorporated in the dial – now it’s a ring, rather than a full crown/cap. Inside the red ring is a dark gray, and this appears to be assumed to be the case for the Apple Watch 7, regardless of case color. 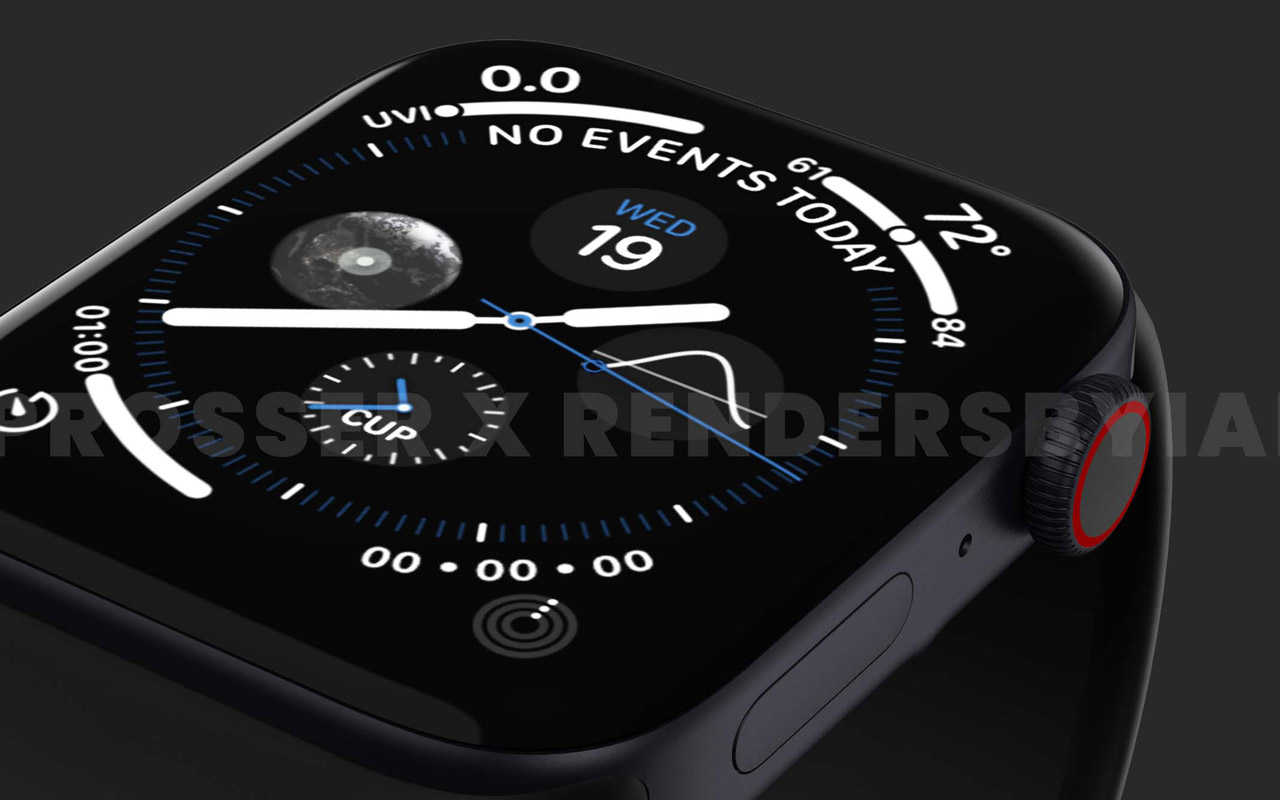 The design continues to avoid watch lugs altogether, and incorporates Apple’s own-made watch straps in a wide variety of colors and materials. 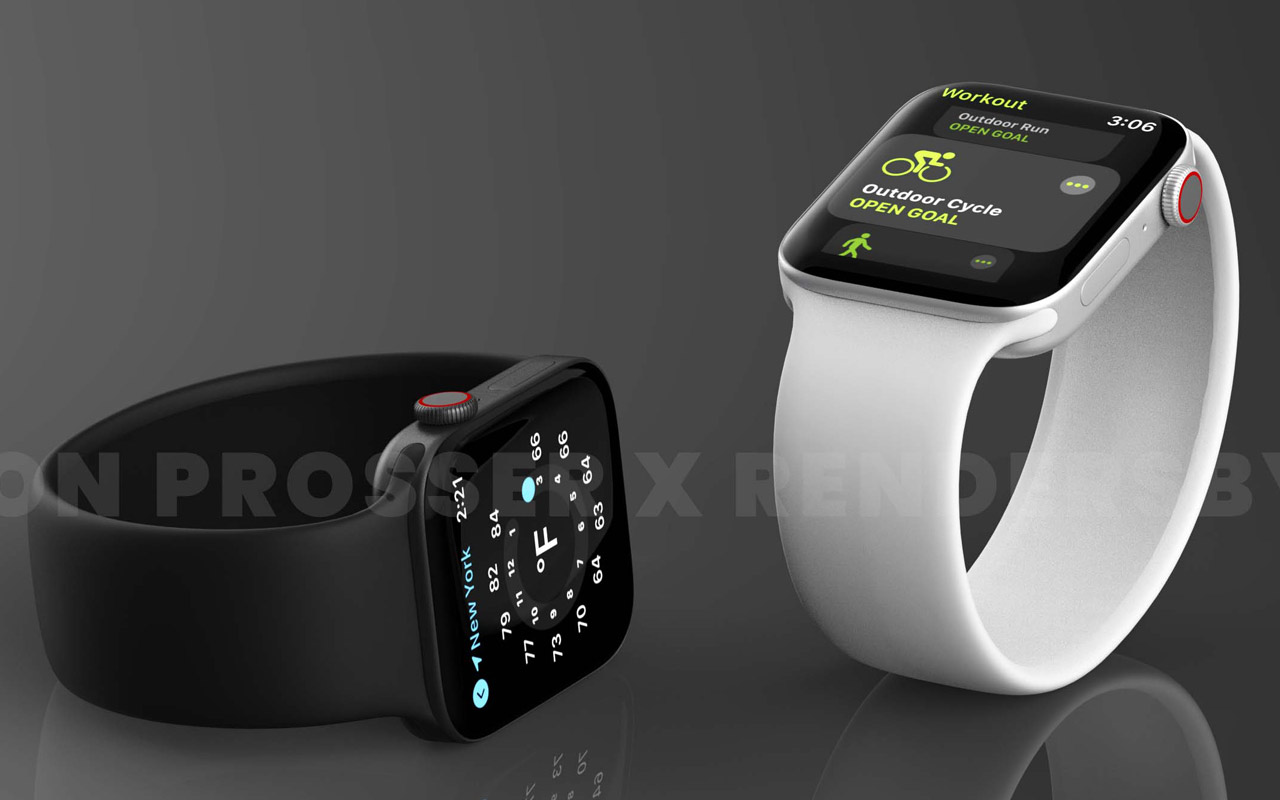 It’s interesting to see the assumed set of colors here for Apple Watch 7, as it leads us to believe Apple is preparing to follow the iMac M1 and its many colors with a set of Apple Watch devices in a similar set of colors.

If this holds true, we can safely assume the iPhone 13 has the potential to appear in orange and pink. Can you imagine a pink iPhone, at long last? Not just Rose Gold, but pink!