The next-generation Apple TV 4K was revealed today with new features set for release in the year 2021. This device effectively has the same name as its predecessor, but has a new A12 Bionic chip inside and enhanced features aplenty. This new device has enhanced AirPlay support with high frame rate HDR from iPhone 12 Pro and newer. It also has a new Apple TV Remote!

The new Apple TV 4K for 2021 has a remote control with a variety of adjustments to its predecessor. This new remote has a power button, a click wheel with a main selection button inside, back button, TV button, Play/Pause button, Mute button, and volume rocker. There’s also a Siri button on the side of the remote, and at least one microphone. 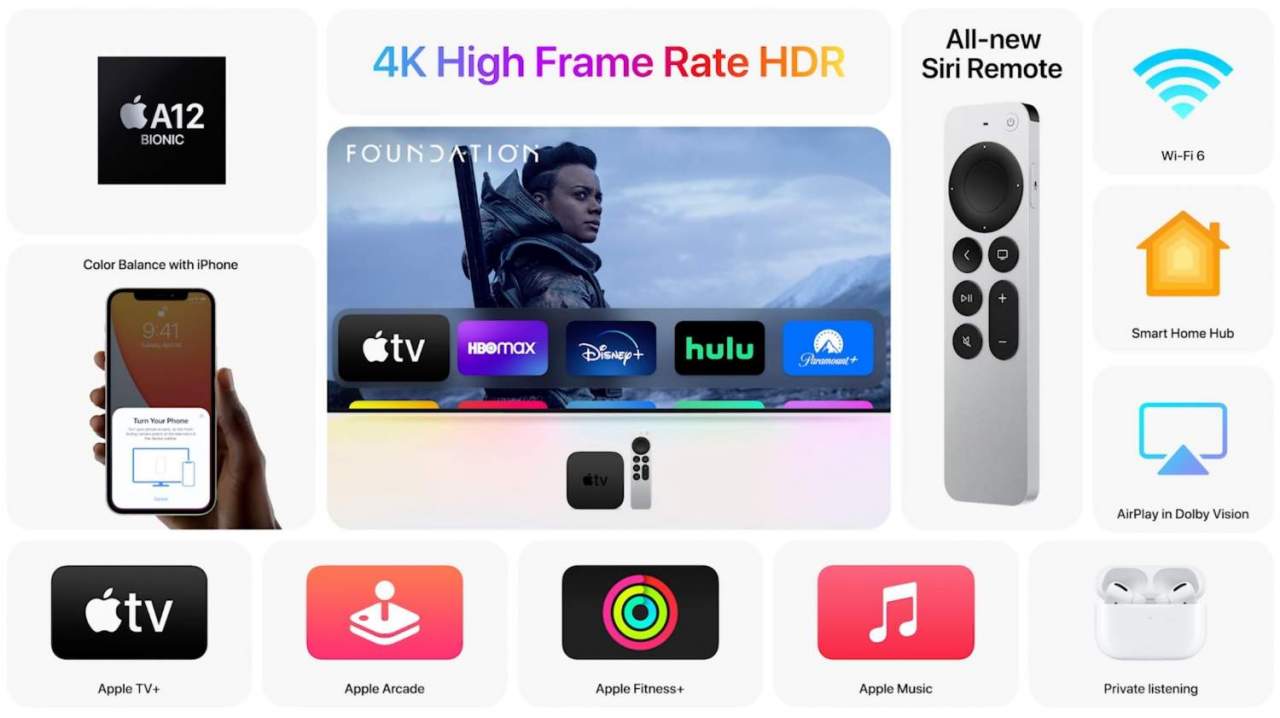 It does not appear that the software for Apple TV will change in any major, drastic way with the release of this new Apple TV 4K. It’s more likely Apple will focus on features like the ability to use your new iPhone to assist in color balancing the Apple TV 4K with your television – neat! 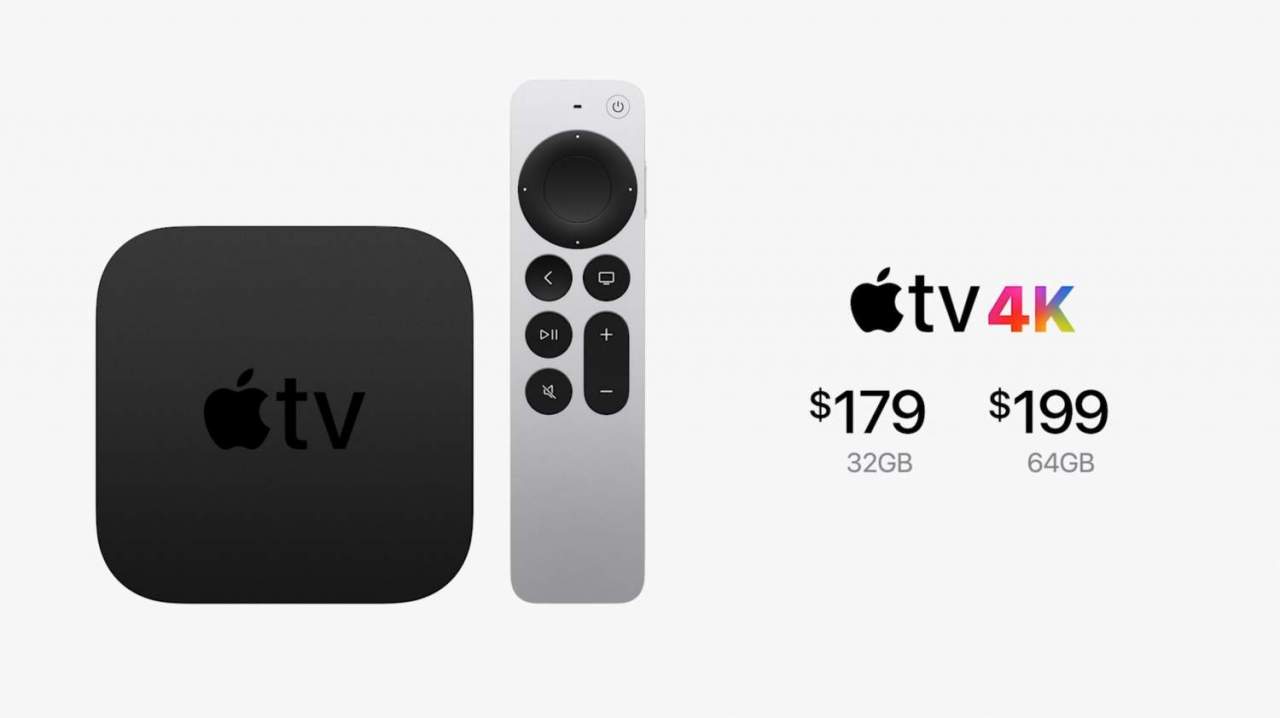 This new version of the Apple TV 4K will be available by the end of the month of April 2021. If you head in to an Apple Store on the 30th of April, 2021, you’ll likely find the new Apple TV 4K available for you to purchase.