Apple has kicked off its long-awaited iPhone 7 event, but before the phone made its debut, Apple CEO Tim Cook took the stage to share some statistics about both the iOS App Store and Apple Music. Cook announced that Apple Music has managed to pull in 17 million paid subscribers since it launched, which is respectable number despite the fact that it’s still a ways off from Spotify’s 30 million paying users.

Nonetheless, Cook seems confident about the future of Apple Music, noting that the service offers up 30 million songs to its subscribers. Cook also took the opportunity to tout Apple Music’s ability to attract artists to the platform. “Apple Music has become the premier destination for new artists and established artists to premiere their new content,” Cook said in his brief update on the health of the service.

Cook didn’t spend long on Apple Music, moving onto some statistics from the App Store. He dropped one of the largest stats first, announcing that the app store has delivered more than 140 billion downloads to users since its inception. Cook also touted the fact that over the most recent quarter, the App Store managed to generate twice the global revenue of its nearest competitor. 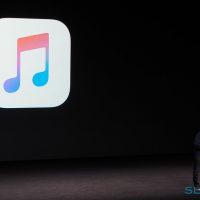 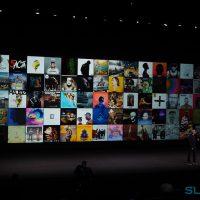 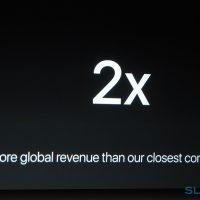 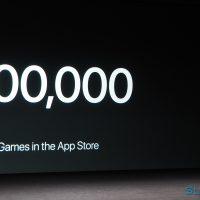 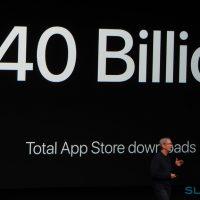 Finally, Cook reiterated the notion that the App Store should be a fairly important destination for gamers, as it now hosts over 500,000 games. If that wasn’t true before, the next announcement might make it so, as Cook welcomed Shigeru Miyamoto to the stage to announce Super Mario Run. This marks the first time Mario has been featured in a game on smartphones, so this was indeed a pretty major announcement.

There’s much more to come from Apple’s iPhone event, so stay tuned for more!