Apple Touch ID working with trackpad and display in patents

If you felt like the Apple Touch ID sensor in the iPhone 5s wasn’t enough, that you’d like so much security in your Apple products that it’s easier to get locked out than get in, you’re in luck. There’s a set of patent applications out there this week that show how Apple’s Touch ID system could work with touchpad and display abilities in the near future. With these systems in place, Apple would be looking to incorporate multiple pieces of hardware and/or multiple use-cases of the hardware already in place into the secure system they’ve started with the phone.

Above you’ll see a simple demonstration of what Touch ID is capable of today with the iPhone 5s.

These patents also identify the possibility of integrating usage of Touch ID into the touchscreen of an iPhone. Here you’ll find individual apps being connected to the authorization offered for the individual logged-in to the device. The example given by Apple in images shows a user tapping a Mail icon only to see a message that reads as follows:

“You are not authorized to access Mail on this device!”

The possibility of more abilities for Touch ID are also discussed in the patents including enhanced abilities to sense which of a users fingers is touching the pad and the use of pressure and movement for a wider variety of uses for the hardware. Reactions to different kinds of touches would allow the iPhone to do different things, different actions leading to different features. 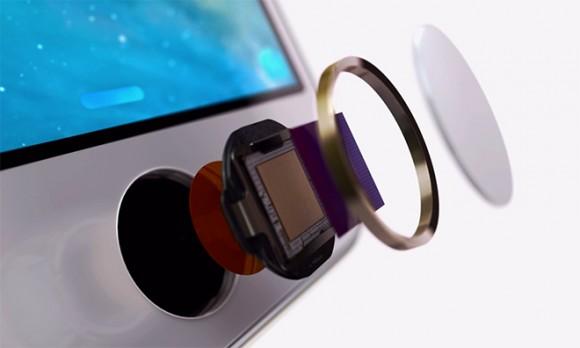 You’ll find location “check-ins” and mobile payments outlined in these patents, allowing photo and document authorizations as well on whoever’s device you happen to be tapping. Of course some of these uses may end up working with an international database of fingerprints which – at the moment – does not appear to be part of Apple’s plan.

These patents show the ability to work as a scroll wheel like the original iPod, the use of guest profiles with Touch IDs still unique to each device, and the support of user-defined areas of a device’s display based on drawings, notes, and content galore. Should even a fraction of the oddities appearing in these patents appear in an update to the iPhone 5s or in a later model of the iPhone, we’ll see a whole new door opened for the use of fingerprints in general.

Have a peek at SlashGear’s Apple hub as well as a collection of recent Touch ID stories in the timeline below. We’ll be keeping up with the abilities of Touch ID and the iPhone 5s through the future as well – stay tuned!