Apple has cooked up a new head-mounted display design that could dramatically shrink the size of a virtual reality or augmented reality headset, a newly-published patent application reveals. The company has been coy about its AR and VR ambitions, with CEO Tim Cook dismissing suggestions of any sort of imminent smart glasses release by pointing out the technology just isn’t ready.

However, at the same time it’s clear that while Apple may not have anything it’s ready to publicly show us, that’s not to say it isn’t working hard on the segment internally. Reports last year pegged a possible Apple smart glasses release as early as 2019 or 2020, indeed. Although details remain in short supply, the expectation is that such a wearable would use at least one transparent display and tether via Bluetooth to a user’s nearby iPhone, which would be responsible for controlling what showed in the wearer’s line of sight.

A newly revealed patent application, meanwhile, indicates another direction Apple is exploring. Dubbed “Optical System for Head-mounted Display,” the filing – which was submitted to the US Patent and Trademark Office in mid-February 2017, though only published this week and spotted by PatentlyApple– describes a multi-lens configuration that could be significantly lighter and less bulky than existing designs. That, Apple points out in its filing, might help reduce fatigue and allow for longer periods of use.

The application namechecks both VR and AR headset design, though focuses more on virtual reality than augmented reality. Apple’s idea is to use a so-called catadioptric optical system, already fairly commonplace in telescopes and some camera lenses. By folding the optical path using stacks of lenses and mirrors in convex and concave shapes, they can be much shorter and more compact than other lenses. They also address chromatic aberration, where not all wavelengths of light are focused at the same convergence point, and thus color fringing is observed. 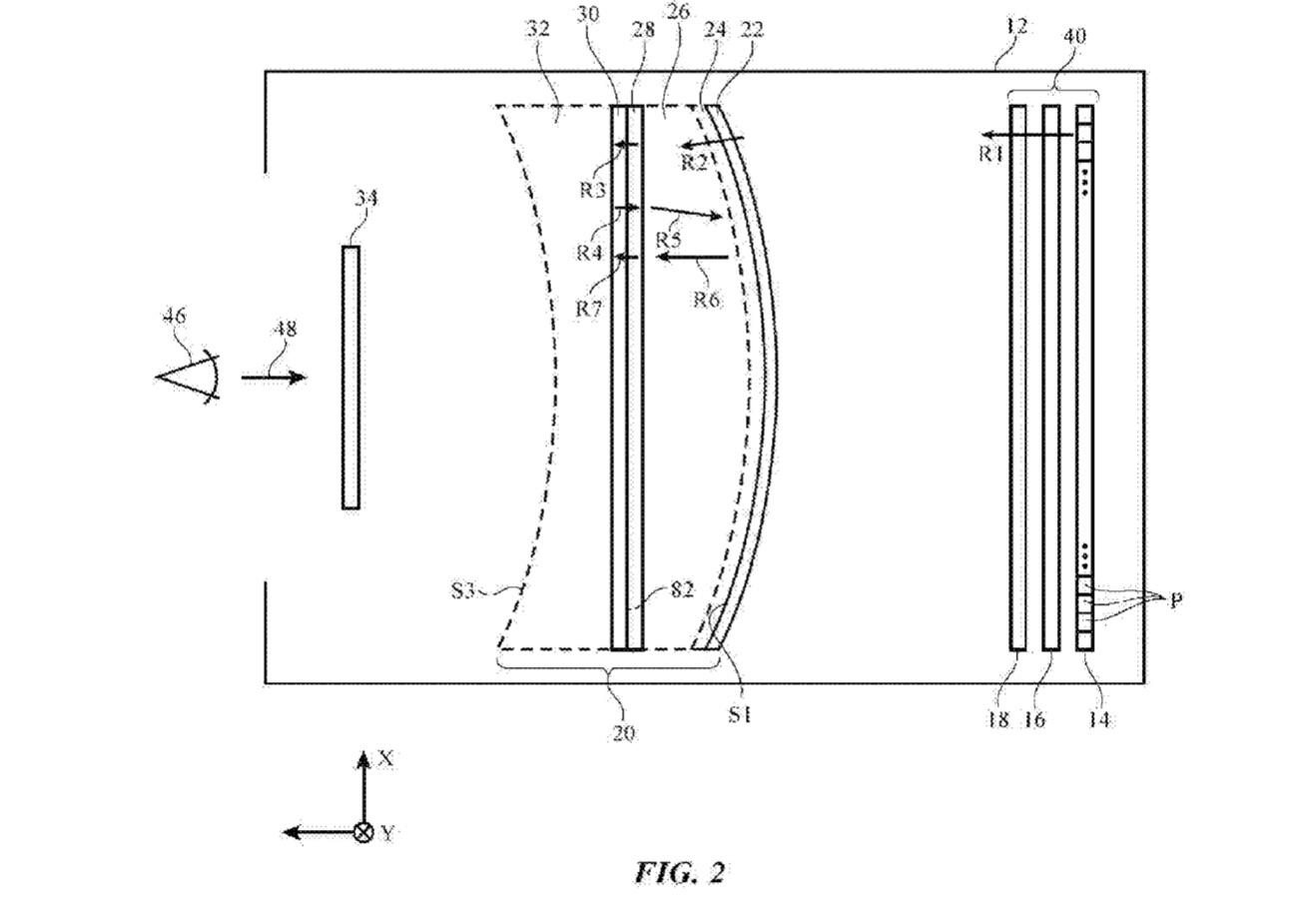 Although catadioptric optics are less commonplace for camera lenses now, they do have significant potential benefits for wearable displays. One of the issues AR and VR headset-makers face is providing a big enough image from a micro-display without making the whole assembly bulky and unwieldily. As a result, the usual strategy is a combination of a relatively small display that relies on magnifying lenses to enlarge it to suit the wearer’s vision.

Apple’s idea would potentially replace multiple such lenses with a far more compact catadioptric lens assembly. Such a headset could be equipped with both inwardly-focused and external cameras, Apple speculates. That would allow the system to do head-tracking with relation to 3D space around the wearer, but also gaze tracking for their eyes.

Now, as with any patent or patent application, it’s far too soon to draw any direct product conclusions. Nonetheless, it’s clear that Apple is exploring ways by which AR and VR devices could be more streamlined and less obtrusive. That might have broad-reaching implications as the company gets deeper into the category.