Apple doesn’t make many iPhone accessories, so the controversy when the Smart Battery Case for iPhone 6s arrived was all the more pronounced. Not because anybody doubted the iPhone 6s occasionally needed an extra hit of battery, but because the silicone sleeve made it very obvious where it was hiding its Li-Ion pack. It’s a case with a hump, and that’s been too big an obstacle for some to get over.

Design is, of course, subjective. Personally, I was already using Apple’s charcoal silicone case on an iPhone 6s, so the difference between that and the Smart Battery Case was clear: a tiered step and a little extra length. 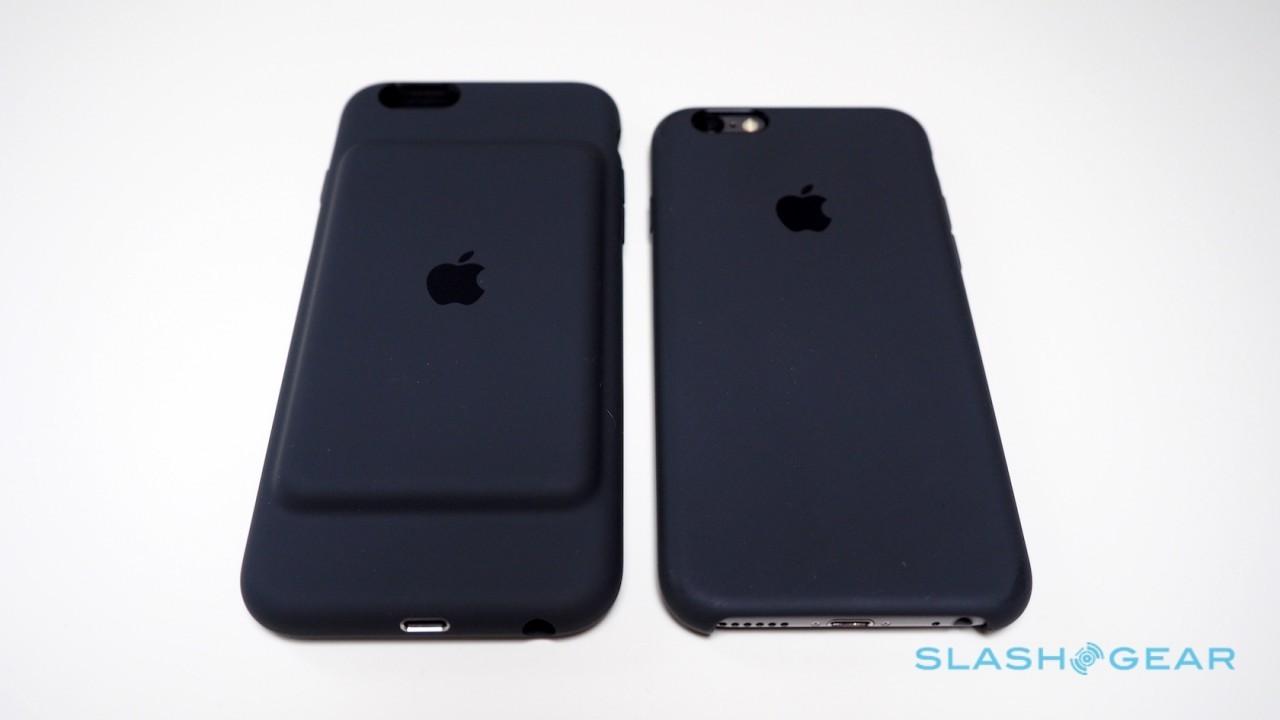 That means you may well need an adapter to use headphones with L-shaped or chunky plugs. Slotting the iPhone into place is a matter of bending back the top section and sliding it down; there’s a cutaway for the mute switch along with rubbery buttons for lock and volume.

I still think it looks awkward, but I’ve learned to appreciate some of its charms. Compared to the Mophie Juice Pack Air I usually carry in my bag for mobile top-ups, Apple’s case feels thinner when you hold it since the edges are basically the same as the regular case. It’s a little lighter than the Mophie, too – 101.3g versus 110.5g – though not to the point that I really noticed in day to day use. 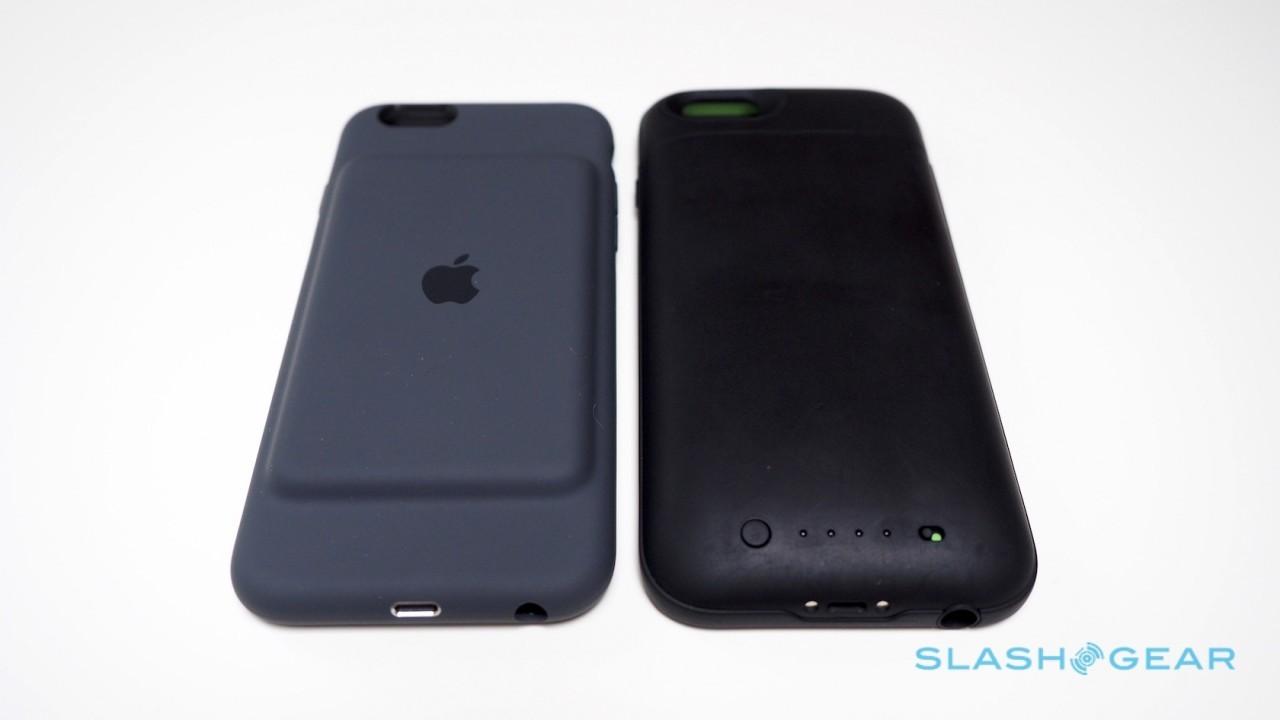 Where Apple really differentiates itself is in how the Smart Battery Case charges. For a start there’s a Lightning port rather than the microUSB that’s par for the course on third-party products.

Plug in a regular iPhone charger – you don’t get one in the box with the Smart Battery Case, nor even a spare Lightning cable – and iPhone charging will be prioritized, up to a point. Once the phone itself is nearly full, it switches over to charging the case instead.

Connect an iPad charger – or a third-party one delivering 10W or 12W – however and you get simultaneous charging of both iPhone and case. That’s not something any other battery case supports. 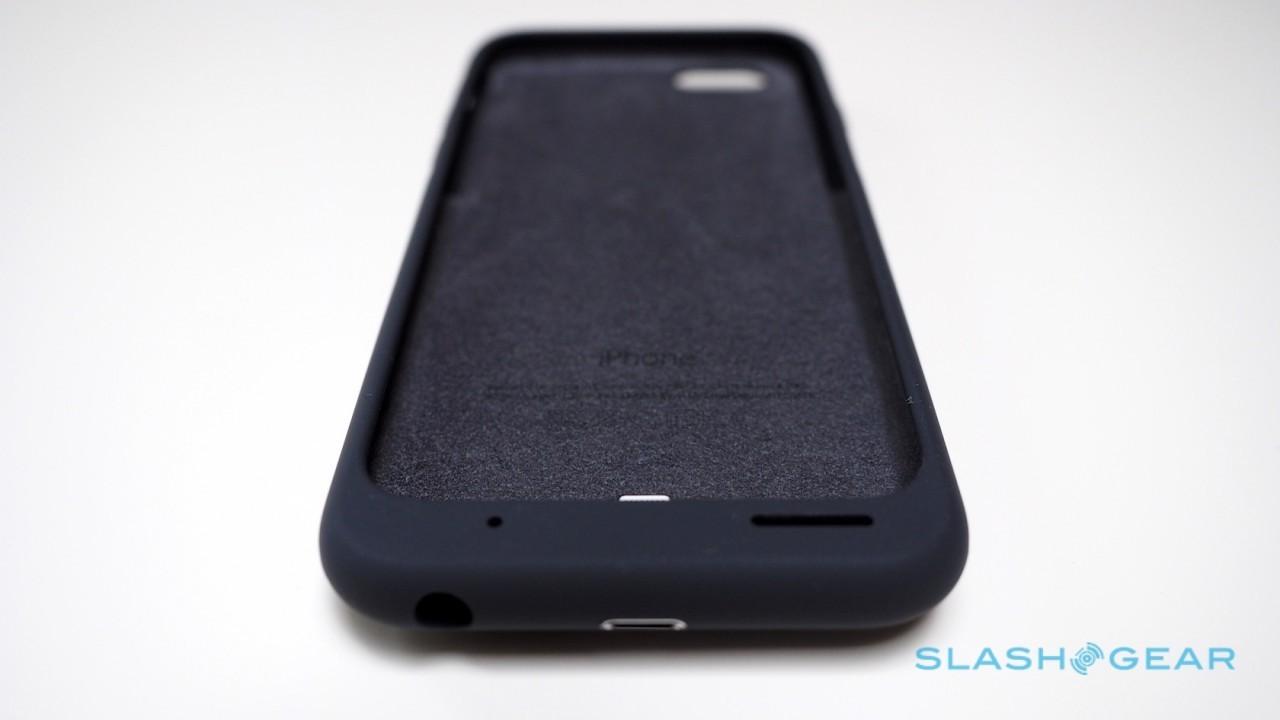 It’s perhaps a shame, then, that the external battery is smaller than many of the third-party options offer. Apple opted for a 1,877 mAh pack; my Mophie has a 2,750 mAh. If you want even more, there are cases with in excess of 3k mAh out there.

That means, at most, if your iPhone 6s is dead then you’re only going to see around 80-percent of a total charge delivered: the Smart Battery Case does’t have enough to completely recharge the iPhone’s own, larger pack.

To keep track of what’s happening, you have to look to iOS. The case lacks a physical switch to manage whether it’s powering the iPhone or holding its charge in reserve – something the control-freak in me took getting used to – and there’s only a single LED indicator, oddly placed on the inside in the swathe of soft microfiber that cushions your phone, and which glows red for charging and green for full. 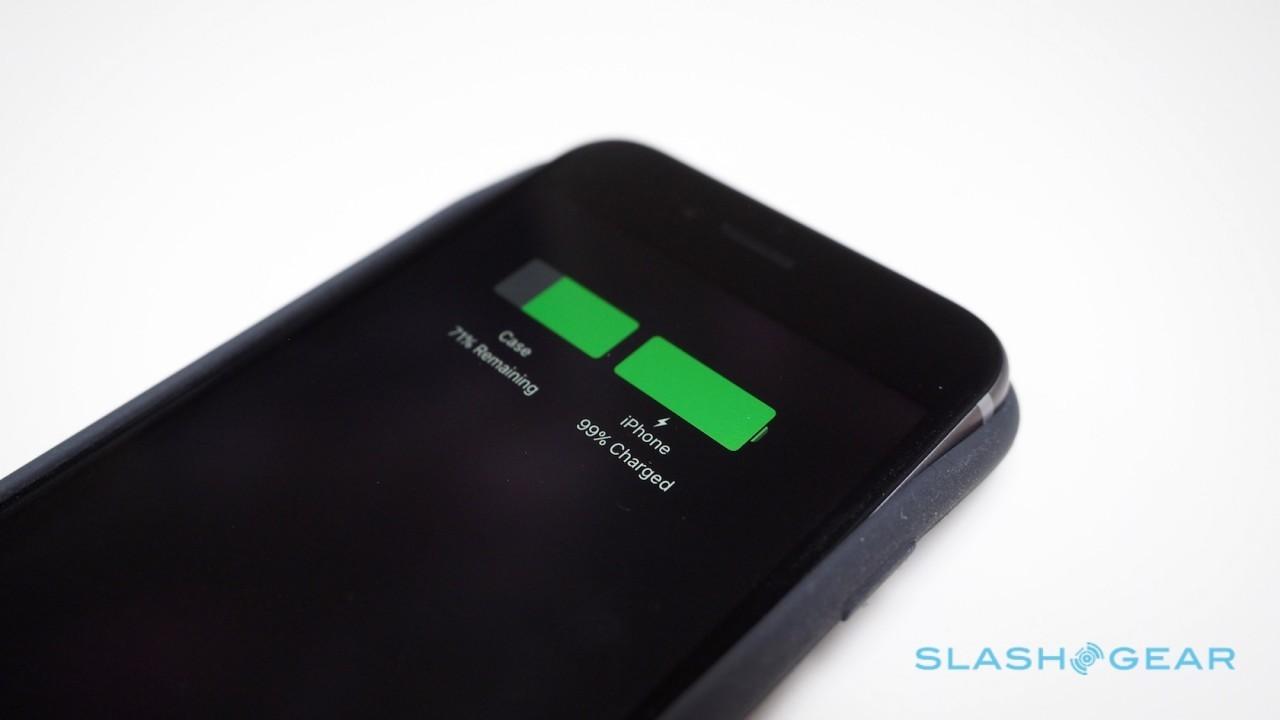 iOS lists both phone and Smart Battery Case charge status in the notification pull-down (along with your Apple Watch battery percentage, if you have one), and those numbers briefly show up when you first put the case on or plug in a Lightning cable.

It does mean, though, that if the case isn’t attached then there’s no way of knowing whether it’s full or flat. The Mophie, like most other third-party battery cases, has a row of LEDs to show charge status; it’s not as precise as Apple’s iOS integration, but it does mean I can quickly check while the Juice Pack Air is still in the side pocket of my bag. 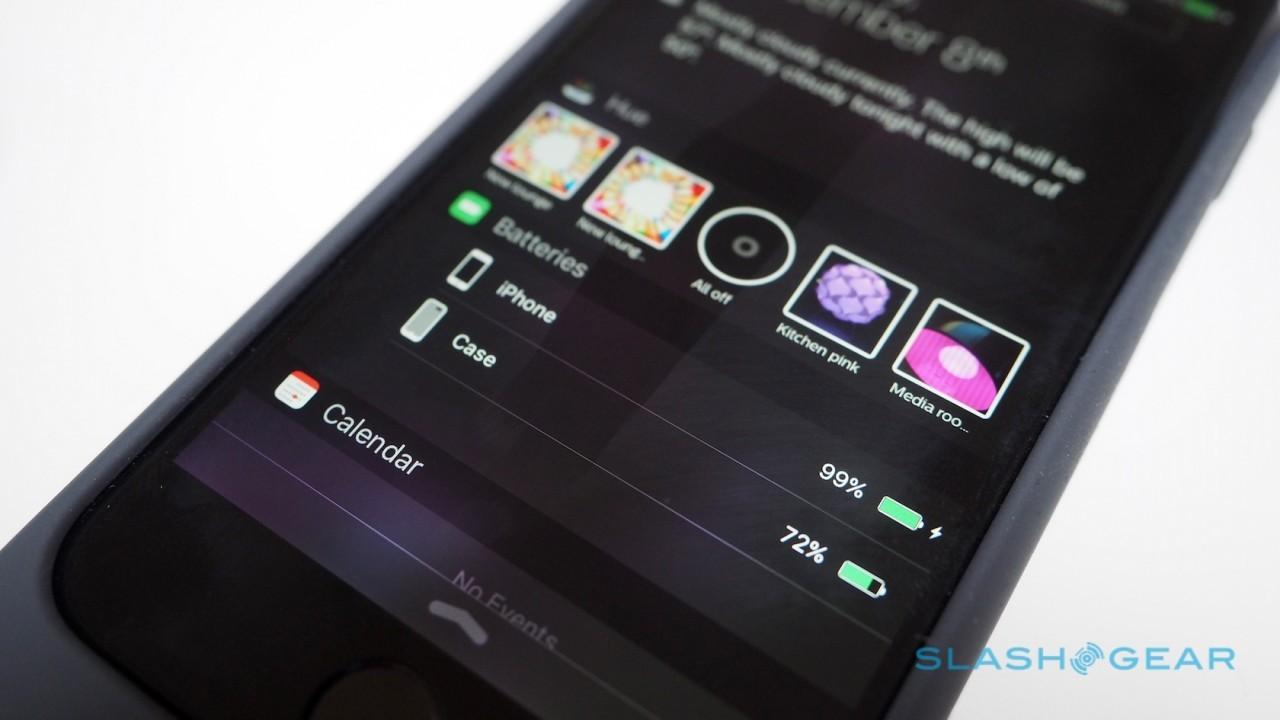 The Smart Battery Case’s other promise is to save you from case-related signal problems. I can’t say it’s something I’ve ever particularly noticed with other battery cases, and though I had no issues with either voice calls or LTE data while using Apple’s model, neither did I notice any difference over my usual Mophie.

On an average work day, I generally finish up with the iPhone 6s gasping: off the charger at 6am, and then perhaps 1- or 2-percent left by 10:30pm. If I’m out of the office for meetings or traveling, then it can be mid- to late-afternoon when the meter hits 20-percent and goes ominously red.

With the Smart Battery Case in place, I finished a travel day with a flat case and around 80-percent of a charge in my iPhone. That means that with a little coddling – turning off the radios overnight – I could’ve probably gone a reasonable amount through the second day without needing a charger.

At $99, I suspect how alluring the Smart Battery Charger will be to you depends on how you plan to use – or already use – a battery case. For me, I prefer a thin case for most of the time and then the reassurance of a battery case in my bag to act as a top-up when the iPhone is running low. The capacity of my backup battery, therefore, is a higher priority to me than its bulk or general aesthetic, and the extra 95c Mophie asks for its more capacious Juice Pack Air seems worth dealing the extra chunkiness. 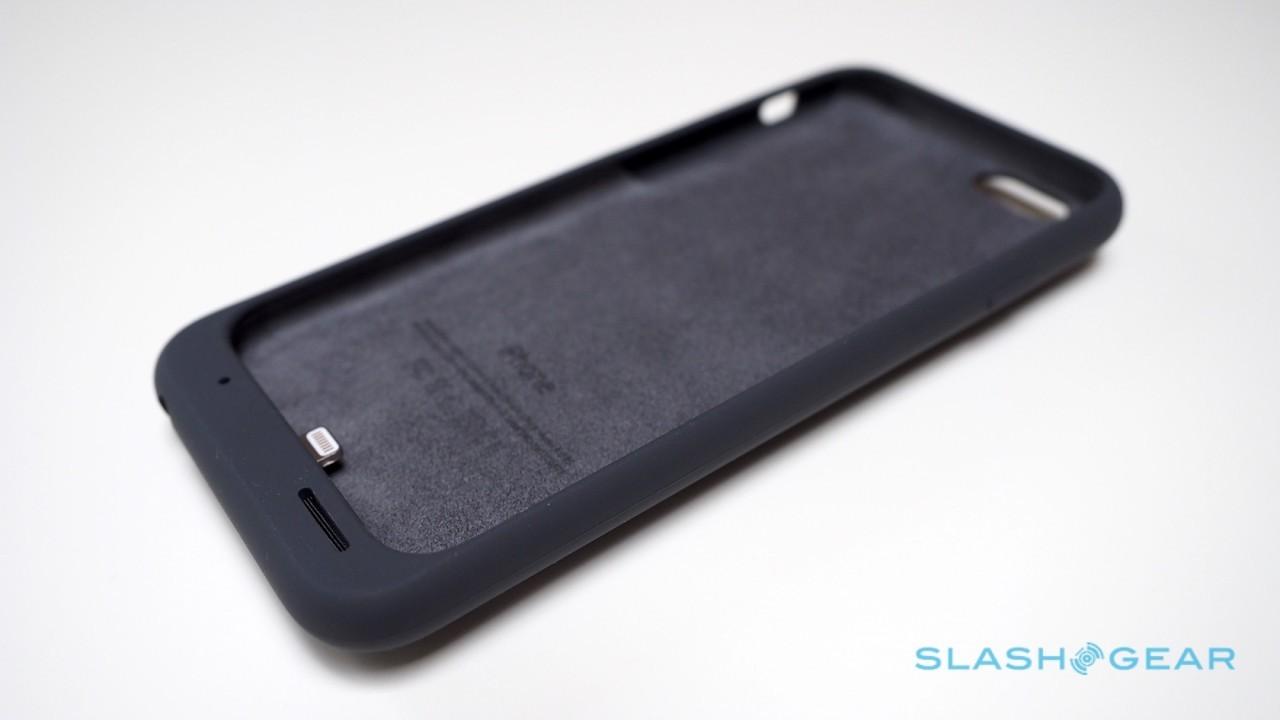 If – as I suspect Apple envisages it – you plan to put your iPhone in the Smart Battery Case and use it as an everyday case, your priorities could well be different. Suddenly every little difference in heft, whether real or just perceived through the tapering edges, is more significant.

Given that it can put its battery case right on the shelf next to the iPhone 6s, Apple will undoubtedly sell plenty of them. Like with any accessory, though, it pays to look at the third-party options out there and consider just what you want from an external battery, since the power case market is competitive – and is likely to only become more so with the Smart Battery Case’s arrival – with cheaper alternatives if pure power is all you’re concerned with. 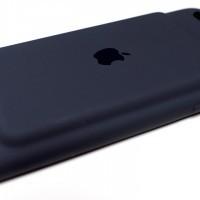 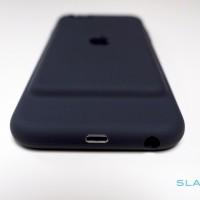 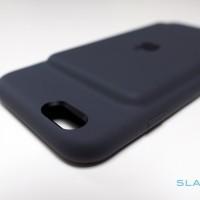 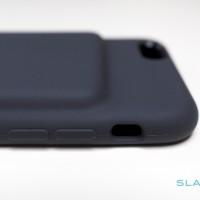 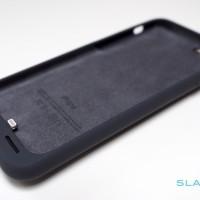 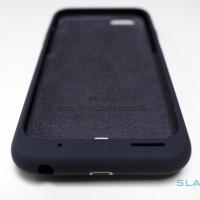 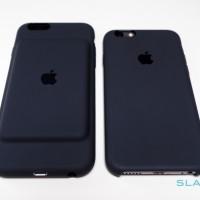 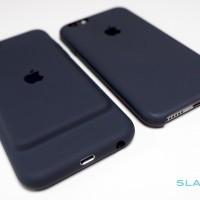 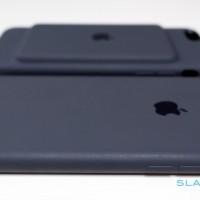 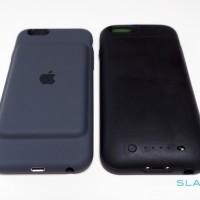 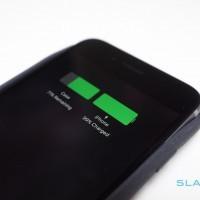 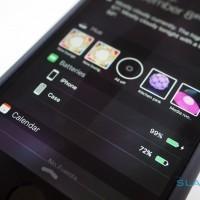 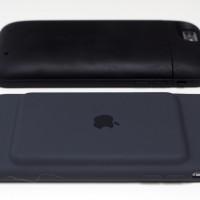 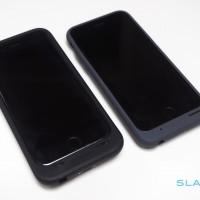