It’s time Apple considered creating something akin to their MacBook Air, but in a smartphone. Considering their most recent announcement about the big bummer that is China’s current economy and their overall slightly-too-high expectations for sales of the iPhone XS, XS Max, and XR, it might well be time to consider something with as few frills as possible. I believe it’s time for an iPhone with the bare essentials.

If you’ve looked at the most recent Counterpoint Research Market Monitor (Q3 2018) report, you might think I’m nuts. Why would Apple want to do anything other than what they’re doing now, now that they’ve got 47% of the “premium smartphone segment” in the market – that’s smartphone shipments, mind you, not end sales.

The rest of the smartphone shipments in the third quarter of 2018 were phones that cost less than $400. Apple does not make a phone that costs less than $499 USD. Counterpoint also puts the $400-$600 price-band at 46% of the total premium segment. Where Apple dominates the $600-$800 (and over) segment, the bit below $600 is the place where Apple starts to fall behind. They’re still in second place, but again, every phone below this segment is sold by a manufacturer that is not Apple. 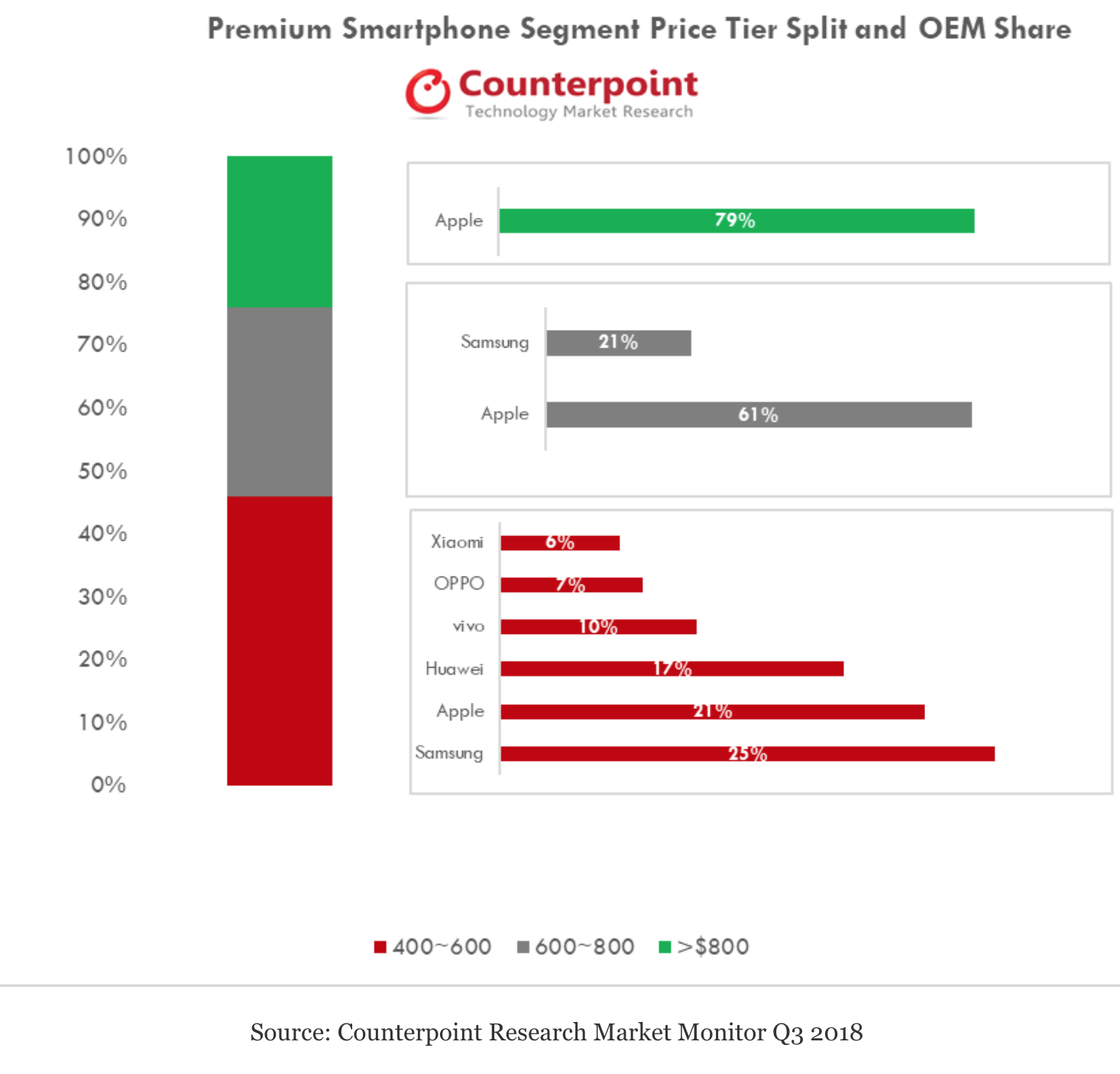 This report from Counterpoint showed shipments in the smartphone industry during the third quarter of the year – that’s July, August, and September of 2018. Apple released a pre-emptive report on their upcoming earnings report suggesting that their previous estimates were too high for the most recent three months of iPhone sales: that’s October, November, December of 2018.

Apple will probably keep moving forward and upward. As long as they dominate in the same fashion they do at this moment, there’s little reason why they’d make any dramatic changes. But considering the not-too-distant future, there may well be call for a just-the-basics iPhone for international markets. Apple would sell millions of this iPhone Air device, and they’d become a real contender in the entry-level smartphone market globally.

But making a product like this – one that disturbs their ethos, one that doesn’t represent the best of which Apple is capable – that won’t flow. As long as they retain their ability to seem like they make the quintessential smartphone, the default “look what I got” phone, they won’t change. They won’t ever release a lesser iPhone. Not until smartphones become like laptops, the least cool, but still essential, tool counted on by professionals around the world – and even then, maybe not.

They DID already try it a few years ago – but maybe the world we live in now would be a whole lot more accepting?