Apple has sold three million of its new iPod touch 5th gen and iPod nano 7th gen media players since they went on sale, the company has confirmed. Announced alongside the iPhone 5 back in September, the two new iPods are best-sellers, Apple CEO Tim Cook confirmed.

The figures are particularly impressive given many have suggested that standalone media players are a dying breed. Smartphones – capable of just as much media playback, and more – are increasingly taking on the role that once standalone PMPs might have filled. 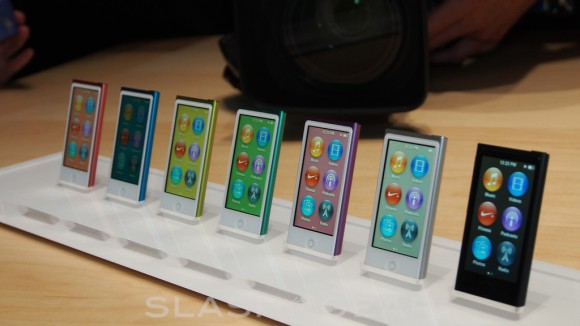 That’s not to say that either the iPod touch or the iPod nano are limited to just music. Both play video, and the iPod nano has integrated Nike+ sports functionality. The iPod touch runs iOS 6, just like the iPhone 5, which means it has access to the App Store.

We’re covering all of Apple’s iPad mini event in San Jose today, and you can find all the details at our Apple Hub.